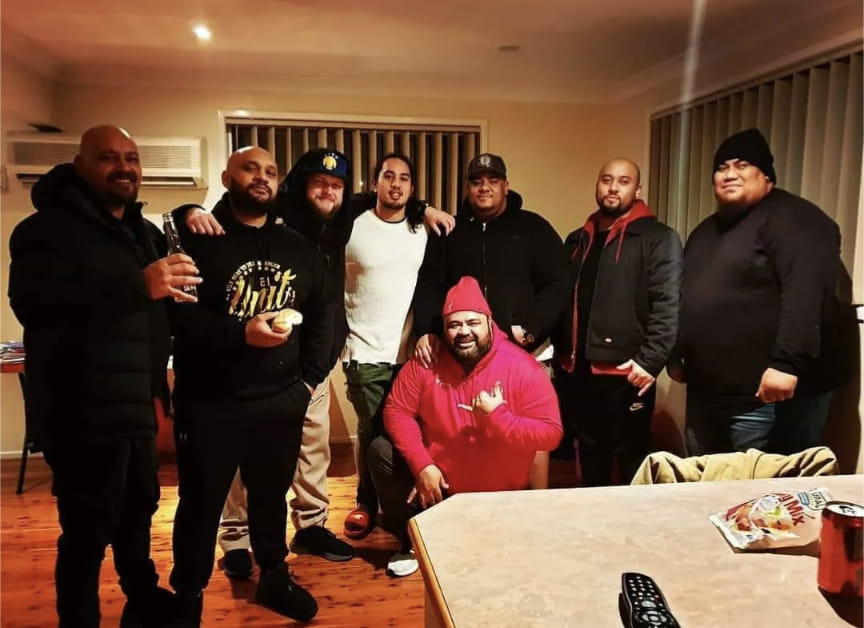 Meet the innovators behind Matai Watches

Move aside Rolex, there’s a new “bling” in town.

In the heart of Western Sydney, two Pasifika entrepreneurs have established their own brand of watch called Matai Watches. What might seem as an overnight is actually a four year plan by Nick Williams and Andrew Lui that is slowly progressing day by day.

Raised in their cultural values of respect and love, Williams and Lui hope to apply these same attributes to their business by giving back to their Pacific community.

Before the duo began their journey as business partners, both Williams and Lui met as security guards in the busy nightlife of Western Sydney. Their combined experience built character and confidence not only for them, but also their fellow Pasifika workmates.

Williams, who is of Niuean and Cook Island descent, migrated from New Zealand to Australia to help support his family. It was a move that he appreciates due to the lessons and experiences he has gone through over the years.

“When we all met on the job as security guards, we all connected due to our similarities and also for our reasons of working.

We ended up being our family outside of our families here in Sydney. Some of the stuff we had seen on the job that not a lot of people have seen on a regular basis. Such experiences united us together physically and mentally,” says Williams

It was these dangerous encounters where he stumbled across Lui, who also had come from a similar backstory. Growing up in a Samoan household, Lui always knew he had a passion for business since the age of 16. This same passion was fuelled even more as he bonded together with Williams to form Matai Watches.

Having both grown in cultural upbringings and families, both Williams and Lui wanted these cultural aspects to reflect not just within their business but also on their pieces themselves.

The most visible proof to this is the name of the brand “Matai” meaning “high chief” or the act of being bestowed a chief title in the Samoan language.

“I wanted to come up with something that unites us Pacific people artistically” Lui stated.

“At first I looked at the word Tatau as a brand name as our Polynesian people are heavily influenced by this form of art. After not finalising it with Tatau, I knew I had to get a word with the letter “t” in the middle, hence the word “matai”.

“The word Matai for me as a brand name made me realise that this was a calling for me and the business, which also relates to the actual meaning of the word. I don’t want it to be just a designed watch but for it to have significance.”

It hasn’t all been smooth sailing for the duo who reflected on the past four years since they started the business. Dealing with the global pandemic the duo found themselves struggling to find the fundamentals for their business.

As times got tough, a lot of sacrifices were made individually to help keep the business afloat. Above all these commitments, Williams and Lui believe that their passion for dedication to the business was what mattered the most. It is the same passion and drive that they hope that future Pacific entrepreneurs can continue with in whatever aspect of their work.

Williams says, “I guess for us it really went down to having heart. A lot of what you see now and what you will also see in the future is mainly organic growth due to us sticking by the brand.

Everything you see here with the brand, the posts, the pieces it’s literally us. We are not trying to mimic something else but rather stay original,” adds Williams.

For Lui, who plays an integral role in the design of the watches, his reasoning for staying afloat was his passion.

“A lot of our Pacific brothers and sisters are here doing business yet it is not something that they are passionate about or it’s not their calling.

For me personally, I can say that this type of business or market is good for our younger generation to grow in. But you have to understand that sometimes things will not be on your side. Be patient and have the drive,” says Lui

Matai Watches have just released their first piece and are already in the works for future projects.

Both Williams and Lui are working hard behind the scenes to create a massive following, targeting mainly their Pasifika community. The pair have also collaborated with a few Pacific icons such as musician Lani Alo, in order to expand their brand.

You can find out more about Matai Watches on https://mataiwatches.com/en-nz