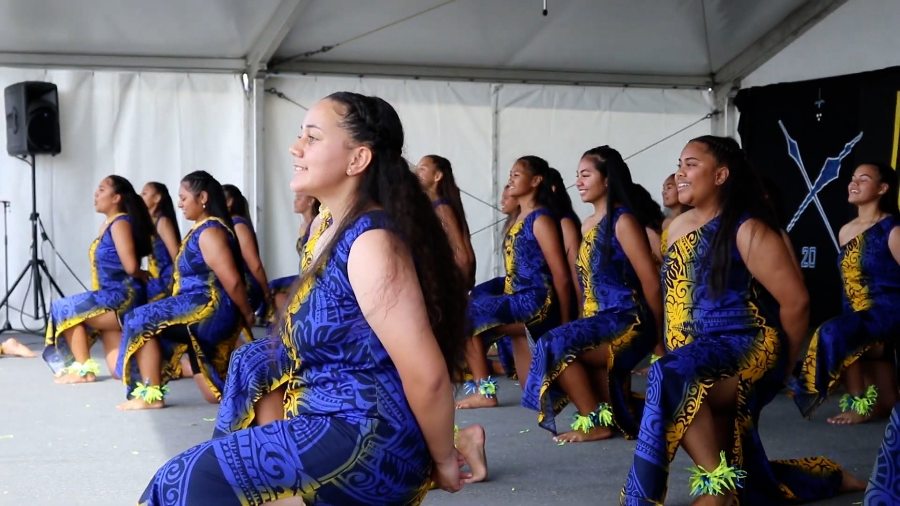 Polyfest to commence as a no-crowds festival

“It’ll be different. It will be something new not just for us teachers but also for the students as well,”says Manurewa High School Teacher Bronson Seiuli.

“Because often when we’re doing performances, we feed off the energy that we get from the crowd you know and it just gives you a real sense of encouragement. They won’t necessarily get that this year obviously because they’re only performing to the judges,”

Last year, Polyfest was able to convene as normal despite being cancelled in 2019 – due to the Christchurch Mosque attacks – and in 2020. Although it wasn’t easy to plan for, organisers made the decision early this year to run a festival with no crowds.

“It’s because of the cultural wellbeing of our kids,” says ASB Polyfest Director Seiuli Terri-Leo Mau’u.

“Auckland got hit hard last year with our kids being interrupted with their schooling and we’re usually the first thing off the mark in the calendar year so we just wanted to bring some normality back and even if it means going livestream, we will!”

With strict Covid guidelines, participating groups such as the Manurewa High School Tongan group endured many obstacles as they prepared for the festival.

“It’s been a real rollercoaster trying to figure out how are we going to teach a dance to different people at different sets of time because no one has ever been together at any one time because a lot of us teachers were in isolation for two weeks,” Bronson says.

The group used the My Teams app to upload their footage for those in isolation to learn from home.

“We encourage them to jump on online, look at each video, try and learn the actions and the words so that when they did come in they sort of weren’t too far behind.”

In preparing for the festival, organisers have taken extra precautions and advice from Auckland Health Providers to ensure the safety of everyone involved on the day.

“No one’s going to be lingering around,” Mau’u says.

“What they do is they stay on the bus with their costumes on, the bus will park directly behind the stage, they’ll come off and all the adults will have their My Vaccine passes scanned,” she says.

“All the students will go right through and then they’ll go straight to the side of the stage, onto the ramp to get ready to go onto the stage. They’ll perform at the front of the judges and after that they come off the stage, back onto the bus and then return home.

“There will be sanitizers everywhere. We’ll also be doing the deep cleansing of the stages and the podiums before they get onto the stage.”

Despite all the safety measures taken, families were still hesitant to allow their children to participate.

“They still currently are. They didn’t wanna let me participate but, because it is my last year, they started to let me do it anyway.”

With families unable to attend Polyfest in person, organisers have created a way where words of encouragement can reach the kids just before they go on stage

“Right now, on our website www.asbpolyfest.co.nz. There’s this new banner in there which is do your shoutouts to the kids,” Mau’u says.

“We got screens that will be at each of the stages as they come off the bus. They’ll be able to see the shoutouts from families, from friends from home that will be for that particular school before they take the stage.”

There are currently around 66 groups looking to take the stage next week. The first livestream will commence on Wednesday 23 March and can be found on the ASB Polyfest website

‘You’d have a really black heart if you didn’t let the emotions take over’: TVNZ’s Europe Correspondent Daniel Faitaua