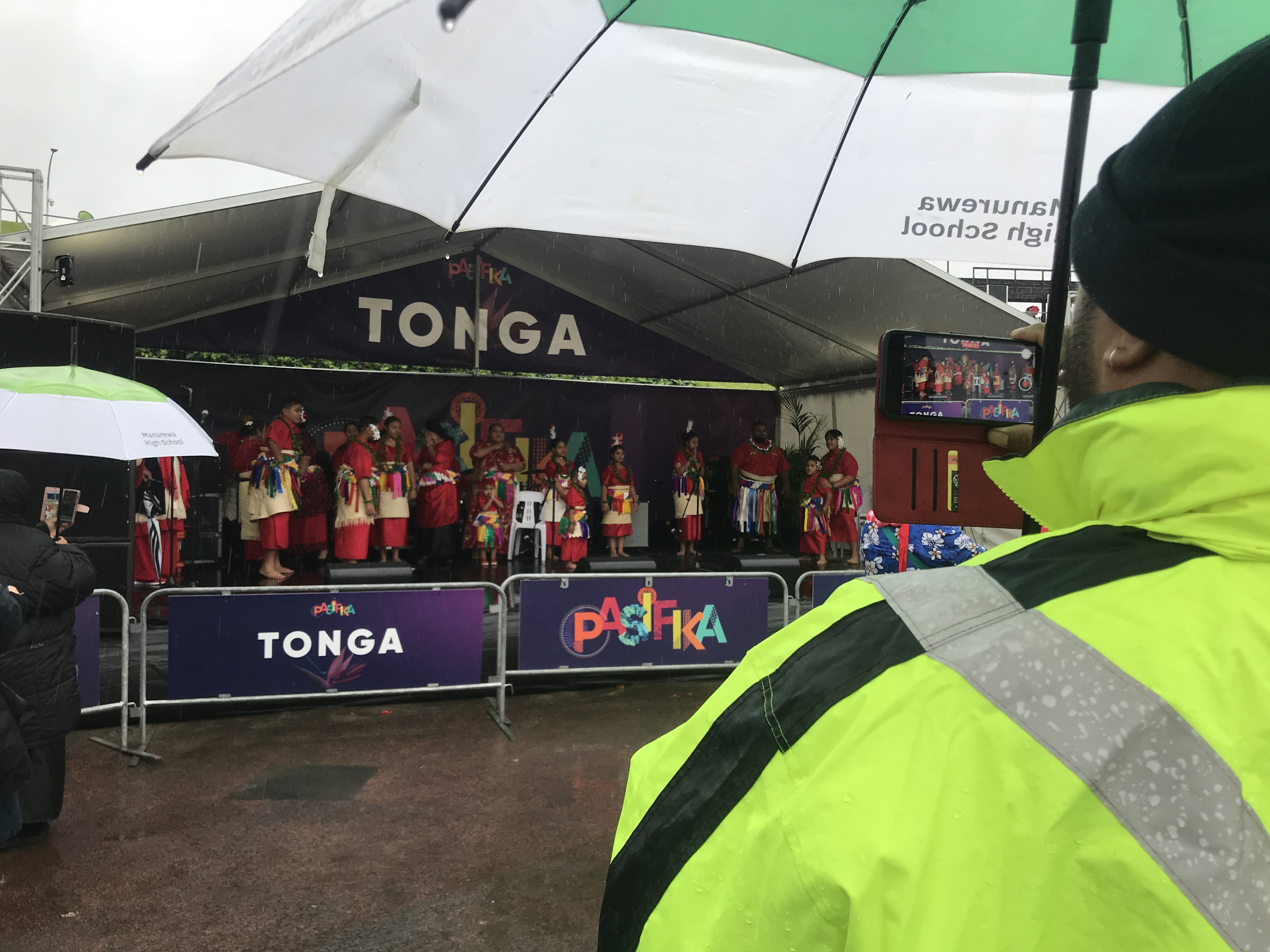 A wet and windy start to Pasifika Festival 2021

April Showers aren’t the usual feature for one of Auckland’s biggest events but with a two-year hiatus and postponement (due to lockdown), the Pasifika Festival is officially back for 2021.

Despite the gusty winds and heavy downpour, the weather wasn’t enough to darken the spirits of some of the festival’s long-time vendors.

Nestled within the stadium near the Tongan stage, the large colourful cups of Polynesian Temptation Treats are instantly recognisable amongst a sea of white tents.

Operated by Sela Vaka’uta-Mavae, the stall has become a bit of a festival staple.

“We have been running this stall for more than 20 years,” Sela says brightly.

“But I find it’s my passion and I like meeting more people and I like to learn more things [about] food.”

Sela’s stall originally made hot island food. But with the lack of manpower, Sela decided to take a look at other food vendors within the Tongan village.

“We researched and not many people are doing desserts,” Sela says.

“We’re doing all the desserts and of course the Watermelon and Mango Otai.”

However, her menu was slightly affected after the festival’s postponement was announced, “our menu has been designed for that time of March.”

“We stored watermelons in our fridge, but it’s not available in stores. We can’t do much about it because of Covid but we’re still grateful to be here.”

Michael Kapisi however felt a little more ambivalent about this year’s festivities. With the morning rolling into the afternoon, business for the Kapisi family food stall was for the most part “a bit slow.”

“Probably because of the weather though, and also the Corona,” Michael says.

His family had been up all night preparing delicious Niue delicacies – Polo, Polo Sausage, Polo Moa, Takihi. They were also the only food vendor in operation.

“I think there was another stall but they pulled out coz it was too uncertain.”

I’d urge anyone attending today to show them some love and try out some Niue cuisine! 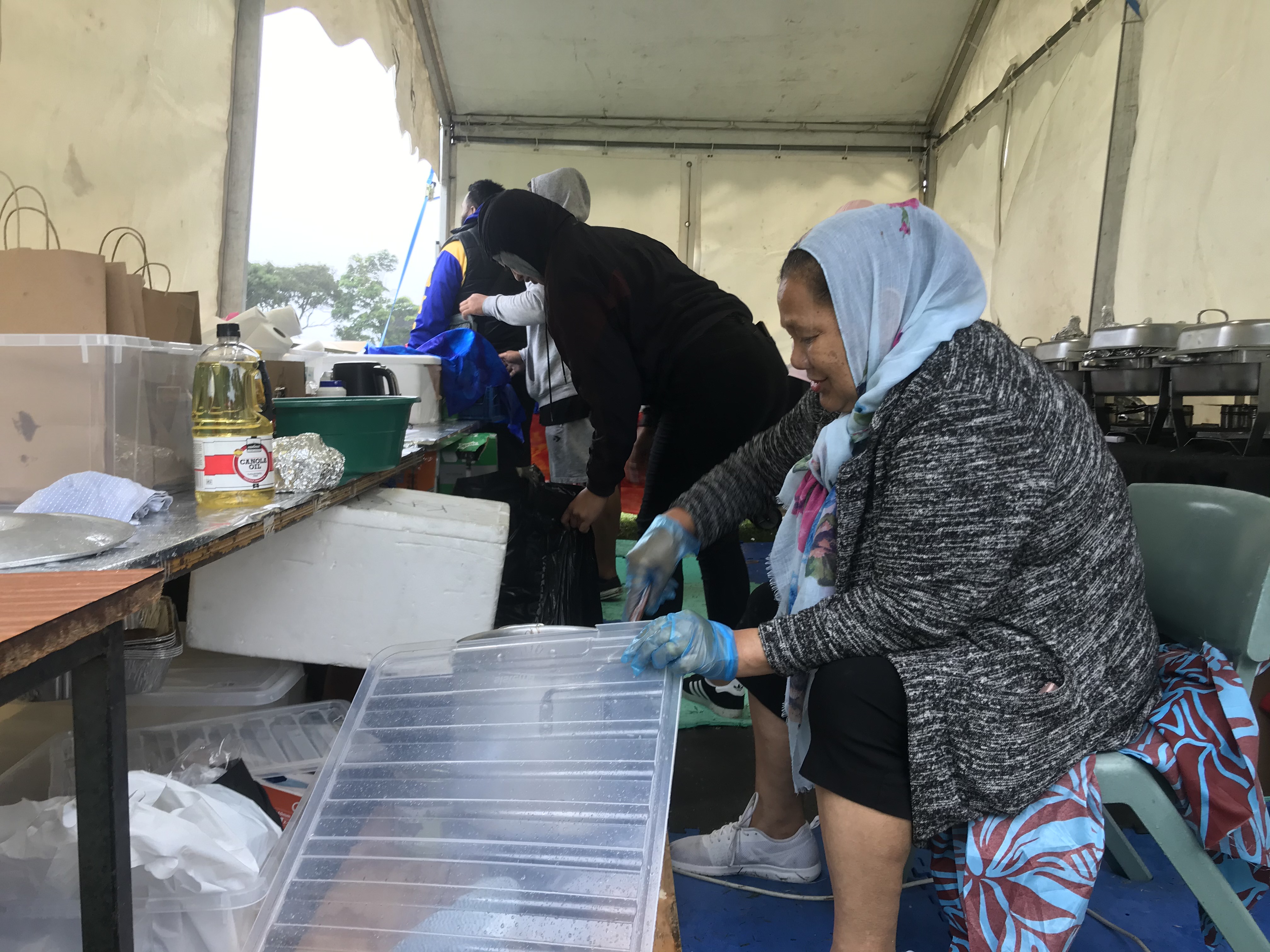 On the other side of Mt Smart Stadium, the weather didn’t seem to have an effect on Gateway food stall, which had people lining up in front of their tent the moment the gates were opened.

The Gateway team had also been up cooking all night, but what was the magic ingredient bringing people in their droves to their tables?

“I think the magic is the teamwork and cooking nice, fresh, delicious food that people are enjoying,” Mike believes.

“The donuts are straight out of the deep fryer!”

Having MC’d for the Gateway food stall in 2013, Mike was pretty optimistic about the venue change.

“This venue is a bit more stable. Western Springs is full of mud, so a lot of customers would get stuck in the mud.” 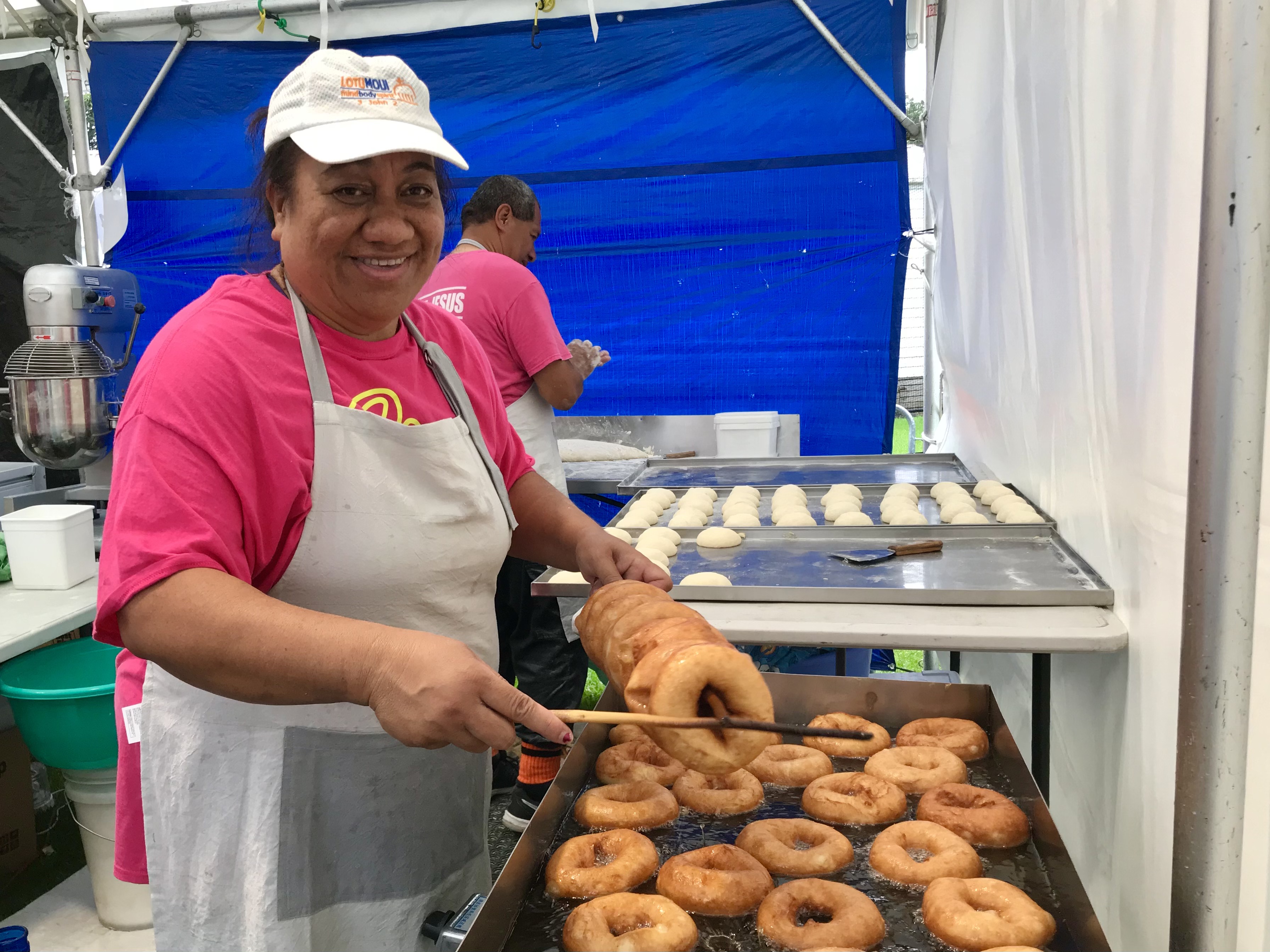 Sela agrees, “at Western Springs it’s more historical and the views are just like the islands. You see the greenery, the little streams on the side.”

“We don’t really come to [Mt Smart] unless there’s a rugby tournament.”

With Day 2 of the festival in full swing (and the sunshine back in full stream!) it’ll be a new experience for those who are more accustomed to the grounds of Western Springs.

Despite this, we’ve been able to enjoy the same things we’d expect from Pasifika – more performances from Pacific superstars, church youth and cultural groups. So who knows whether Pasifika may see a new home next year? Let’s wait and see!

Tongan family remembers Grandfather who served in the Māori Battalion