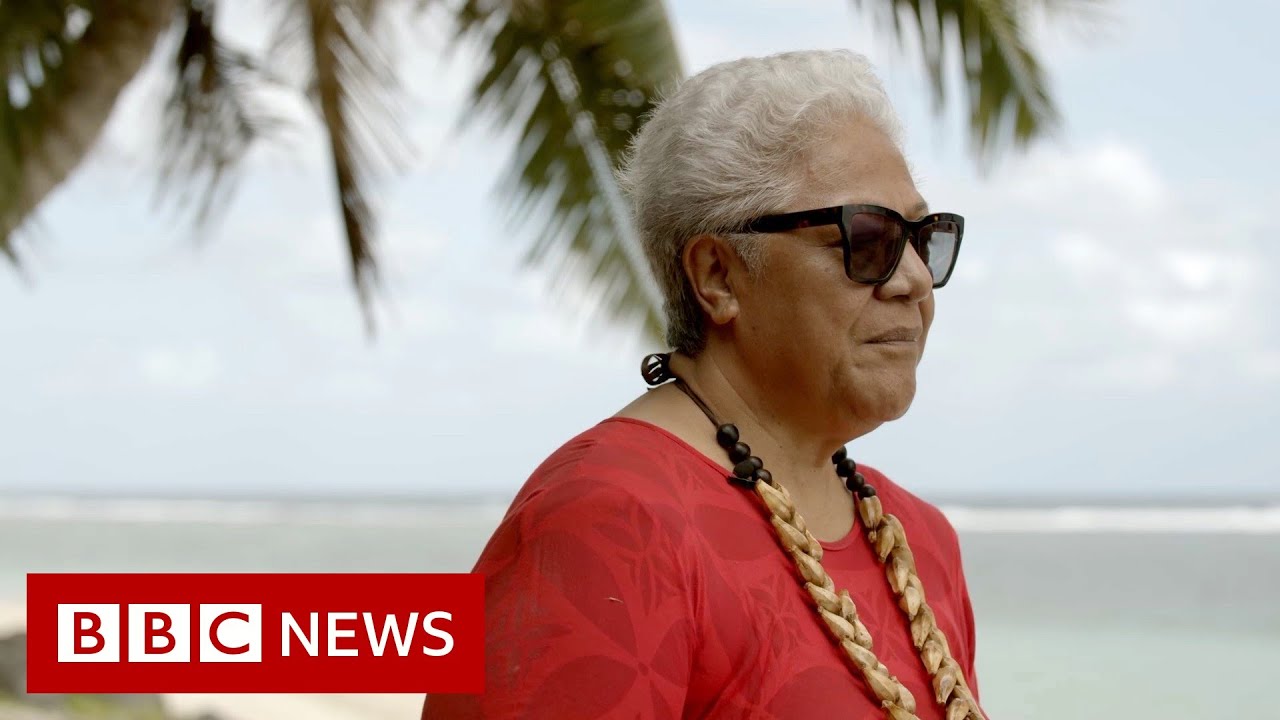 As the world met for the COP26 in Glasgow in October, BBC Gender and Identity reporter Megha Mohan travelled to the Pacific islands to meet female leaders fighting against the climate crisis.

The trip is documented in a new documentary called The Eco Prime Minister, following Samoa’s first female leader Fiame Naomi Mata’afa. As part of the BBC 100 Women’s season, Mohan asks Mata’afa and other female leaders in the most climate vulnerable regions in the Pacific if they can save their people.

Former President of the Marshall Islands and first female leader of the Pacific Hilda Heine told Mohan that building up islands is a possibility.

“That is going to take a lot of money that we do not have, but that might be the only option we have at this point,” she says.

“There’s very low emissions from the Pacific, and yet we are most impacted,” she says. “[Climate change] is essentially threatening the life of the planet… we are on the frontline – the Pacific region.”

“It appears more distant perhaps in other places, but I think it’s been said of the Pacific that this is really the measure of where climate change is at.”

As one of the largest islands in the Pacific, Fiji has played a leading role for its smaller neighbours in many climate related projects, including home relocation.

The village of Tukaraki, Fiji experienced many cyclones that led to the entire village to relocate and to be rebuilt on higher grounds.

Community leader Liti Natumoro recalls the moment her family home was affected by the hurricane.

“The water came through the house, and I can’t do anything because we are afraid,” she explains.

“They told us to go and left all our things… no house, no nothing; you just worry about your life.”

Although the village relocated, many villagers still return to the caves as a safe haven after a natural disaster hits.

“This is the only thing we worried about when the hurricane will be finished. We save our life here [in the cave],” Liti says.

“When I look at my 3-year-old sister Eunice, I question what will her future look like if Faith and I don’t do something now — raising awareness, sounding the emergency alarm. And I question — are our actions really worth it today?” she says.

The Marshall Islands are currently experiencing a rise in sea levels that threatens 40 percent of building structures in its capital. The idea of building up islands is challenging when the island itself comprises of 24 smaller atolls with communities.

“These are really hard questions. I personally would like to see my granddaughter continue to live in the Marshall Islands and have the same opportunities I had to learn our cultural protocols,” Hilda says.

“I don’t think that’s an unreasonable expectation to have for our people.”

Fiame says that the solution is clear, if only people took climate change as serious as they are taking the Covid-19 pandemic.

“With Covid, we’ve seen such a strong collaboration. That’s a very clear example and demonstration of what we can do when people are pushed to act. So we can do it! The world can move, it can collaborate. It can respond very quickly.”

The success of COP26 won’t be known in the next few years, but if the world continues to warm, Mohan says “failure will be obvious”.

The Eco Prime Minister full documentary is available to view in the UK here. Watch the shortened version above.