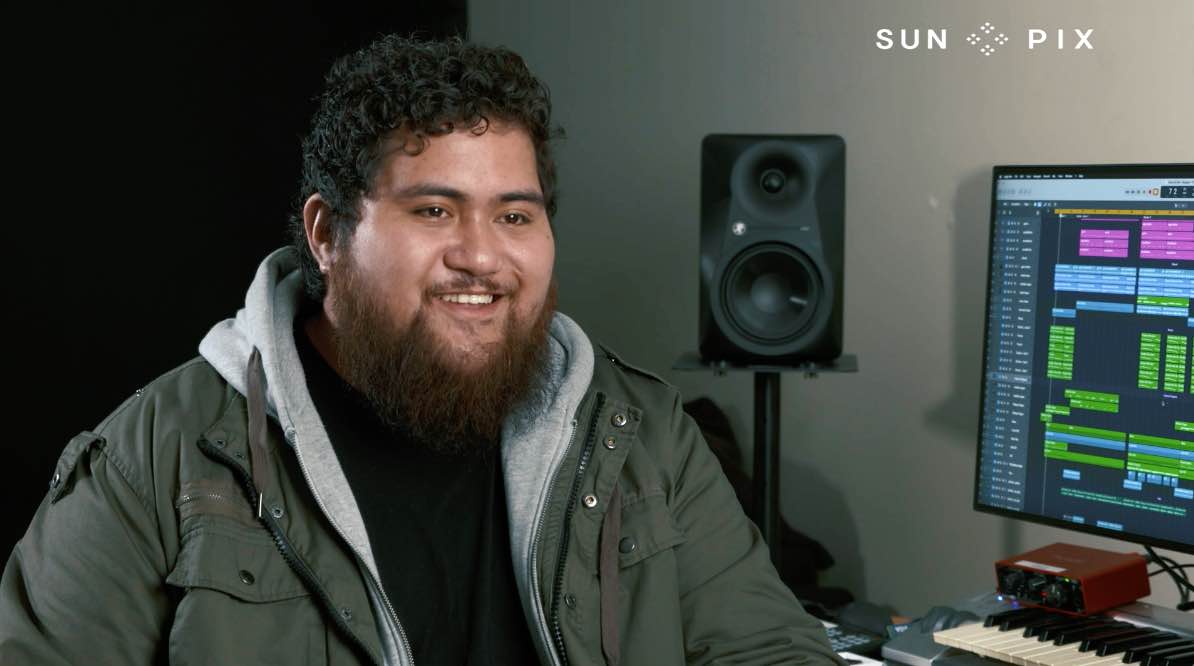 You may recognise him as the ‘Reggae Guy’ from TikTok, but there is more to Canaan Ene than meets the eye.

“Growing up I always wanted to be a musician. Music has always been around at church and stuff,” he says.

“When I left high school, I went straight into videography, but I was always incorporating musical elements into my edits.”

His passion for both music and visual storytelling became a career path when Canaan decided to take a leap into the freelancing industry.

“I ventured into wedding videography quite early in my career, and that was sort of my bread and butter,” he says.

“I wasn’t always content with the music that I’d find online, because [it was] just stock audio and it [didn’t] quite fit the visuals I had in mind. So a lot of the time I’d find myself taking tracks and sort of just spicing it up a little.”

What went from just ‘spicing up’ stock music became a viral phenomenon when Canaan took it to social media.

“I created a TikTok account last year just to document a bit of my work… and then earlier this year I randomly turned a song into a reggae song,” he said.

“In New Zealand, everyone makes reggae or a form of reggae. Siren jams is a form of reggae, and there’s fob beats too. So it’s quite a common thing to turn a standard pop song into the reggae genre… I didn’t think much of it when I posted it.”

The videos began to gain a lot of traction and had people commenting and sharing from all over the globe.

“I sort of turned it into a series, and I just called it ‘Every Song is a Reggae Song’. And it’s funny to see my TikTok account evolve from a videography kind of thing to ‘now he’s the reggae guy’ kind of thing,” he says.

“Its been really cool seeing the algorithm take place and how I’ve been able to grow an online presence from just mucking around,” he says.

With the audience numbers going up, so have the opportunities.

“There’s a few artists that have reached out to me and we’re sort of in collaboration, just trying to make things work at the moment.”

While continuing to create more opportunities for himself, Canaan is hopeful that he can encourage his people to do the same.

“I think my experiences are not unique. Like growing up in church with all of the creative stuff, as Samoan people, as Pacific people. Creativity is a part of our upbringing and a part of our culture and history, and so I’d love to help other people partake in this [freelance] journey.”

“There’s a big opportunity in the creative space that is relatively untapped, and I think our people have a lot to offer in that space,” he says.