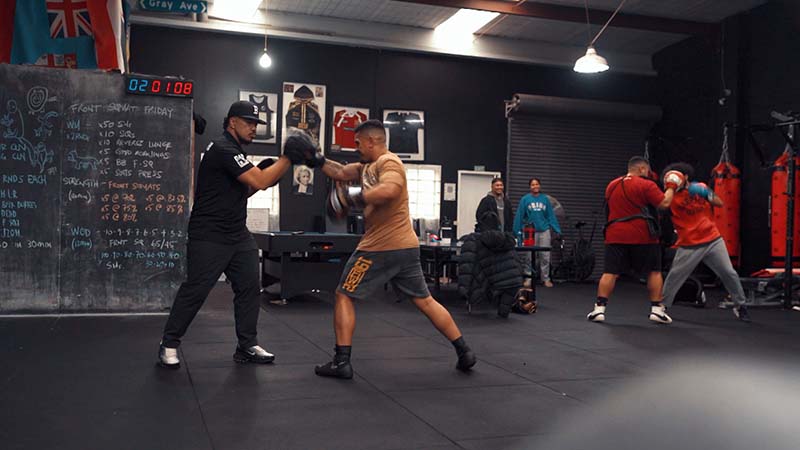 A Manukau-based community group called Brown Pride NZ is helping young Pasifika back on their feet through its unique approach to mental health awareness.

Timu says the name was inspired by the song ‘Brown Brother’ by Samoan rapper Poetik which also steered him towards an interest in Polynesian history.

“Just finding out about my identity and stories that I never heard of or was never taught in school, it just made me proud to be Pasifika or proud to be brown,” he says. 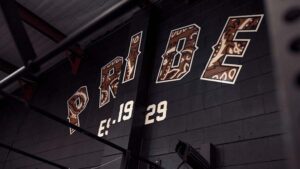 Initially, the group operated out of De La Salle College, running boot camps while also offering their time to do community work by feeding the homeless in Auckland’s CBD.

Three years later, they moved into their own premises in the heart of Manukau City. They have also expanded into music, barbering and run Tekken tournaments on Friday nights.

Timu says having the different opportunities on offer means they can promote mental health awareness to a much larger group of young adults.

“It’s not normal to talk about [mental health], but if you can provide a space where they’re speaking it through actions whether it’s through lifting a barbell or punching a boxing bag or gaming that’s not really talking about it, but that’s letting it go through those things.

“There’s that concept that you don’t want to be the ambulance at the bottom of the hill, you want to be that person at the top of the cliff trying to prevent that from happening.”

Valerie Fasavalu joined Brown Pride in 2019 to get in shape, but she’s now drawing on her experience as a singer to help the next generation of music artists.

She says the inclusion of a music studio has allowed artists to create freely but it has also raised their confidence in the outside world.

“They’re really confident just talking to everyone in the gym and how they are when they’re doing our workouts with us – you can just see the confidence they project to everybody else,” she says.

“People ask me if I get paid for it but I’m like, ‘nah’, I don’t need to get paid for it because it’s something I really enjoy being a part of and it’s also a space where I can be creative and be myself too.”

Isaac Faitau joined Brown Pride after losing his job due to the covid pandemic earlier this year. He says the group helped him through the mental health challenges that ensued.

“Johnnie and the boys at Brown Pride reached out to me and gave me an opportunity to take on – and look at it now. It is something that I’ll never regret and something I’m always grateful for – for the boys,” he says.

Now he has a new lease on life, with his sights set on a career in personal training to give back to his community.

“Mainly targeting the disengaged and troubled youth to find something that they’re passionate about but also use boxing as a tool not only just in the ring but also in the classroom and life skills such as self-discipline, time management just to name a few.”