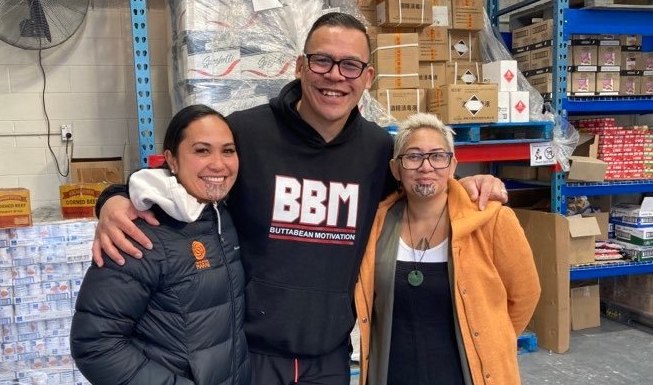 BBM Motivation founder Dave Letele is always up for a challenge, and he is about to take on a new one when he runs for the local body elections later this year.

Letele announced this week that he will be standing for the Manurewa Local Board in October, as a member of the Manurewa Action Team.

He says politics had been on the cards for some time and will put him in a position to make a greater impact on those in need.

“This is my first foray into politics and one day, I’ll be prime minister,” he says.

“You know, for so long, we have been on the outer. Community groups like us, we are left to fight for scraps like dogs.”

In February, Letele lamented the level of support from the government’s pasifika caucus and wrote an instagram post saying:

“BBM gets NO (sic) Pacific government funding either directly or indirectly even though we work with a whole range of Pacific communities and many of us are Pacific people. How come our own people are the hardest to get funding from?”

He is appealing to the public to get behind the Manurewa Action Group because they are a “team of action” that will bring change to a deprived community.

“I am a little bit older now and hopefully a little bit more patient but I have just come to the realisation that if I want change for our people and our people down at the bottom, I need to be at the table where the decisions are made.”

Fellow member Takutaimoana Natasha Kemp, will also join Letele by throwing her hat in the ring for this year’s local elections.

She says Letele brings ‘excitement’ to the team.

“We all come with our own personalities and our own networks but having Dave as part of our team is great for our people, he’s a great advocate.”

Takutaimoana is currently the chief executive for the Manurewa Marae, a role which has opened her eyes to the level of poverty in Manurewa.

“Kai is the biggest priority for our families. You know the cost of living has increased the price of petrol, kai, basic needs. It’s so hard for our whanau now.”

She says one of her main objectives will be to encourage her community to pursue an active lifestyle as the impact of Covid-19 continues to subside.

But first sports facilities in the community, such as changing rooms, need to be upgraded.

“Some of them, I guess, are not looking very good,” she says.

“We want to make sure that we get back out there and get our community active because it’s not just about kai but also making sure that our whanau are getting active.