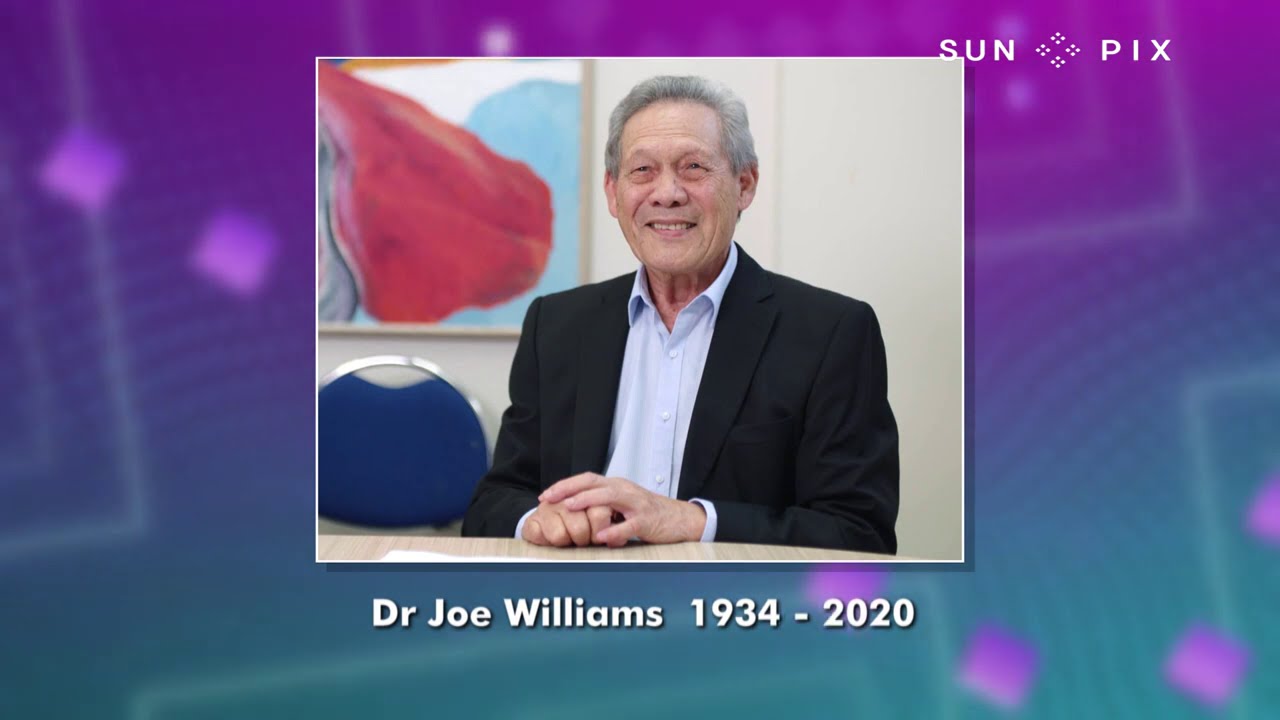 A public memorial service for highly respected Pacific leader and the patron for the Pasifika Medical Association (PMA), Dr Joseph Williams, MBChB, MPH, QSM, QSO, will be held in Auckland on Thursday 29 October.

Dr. Williams passed away at the beginning of September after serving the Cook Islands, the wider Pacific region and his community in New Zealand for more than 60 years.

A small private funeral service for close family members was held in September and a public memorial was delayed due to Alert Level 2 restrictions at the time.

Now that the lockdown restrictions have been lifted, the community has an opportunity to pay tribute to a pillar of the Pacific community.

“Dr. Williams has been a leader, a statesman and has been responsible for the development of our Pacific health workforce.

It has been extremely difficult during the Covid-19 restrictions for us to have a public memorial to acknowledge his contribution and express our gratitude for everything that he has given to us personally and professionally.

To finally gather as a community and celebrate Dr Williams life, is the right thing to do.”

Dr. Williams spent 25 years in the Cook Islands and served as Minister of Health and Education in 1974 to 1978, Minister of Health, Tourism, Transport and State-Owned Enterprises from 1994 to 1996 and Prime Minister in 1999.

He held many senior roles in the health sector in New Zealand, served on various advisory committees and led the establishment of many organisations including the Cook Islands Health Network. He established Mt Wellington Integrated Family Health Care Clinic which serves over 15,000 patients, some travelling from all over New Zealand to see him. Dr Williams continued to serve his patients right up until his recent short illness.

He received the Queen’s Service medal in 1974 and was further honoured with the Companion Queens Service Order in 2011 for Services to the Cook Islands community. He was awarded a Life membership by the PMA in 2004 for his services to Pacific Health and in 2015 he was appointed as their Patron.

Sorensen says the memorial is open to everyone in the community who would like to pay tribute to Dr Williams and his legacy.

“It will bring together a number of people who have been deeply affected by their association with Dr Williams and it will be a fitting tribute to mark an end of an era of great leadership.”

The public memorial service will be held on Thursday 29th October 2020 at the Vodafone Events Centre, Manukau, Auckland. The service will start at 2pm with full details of the programme below including RSVP contact to Tu Maoate at [email protected] 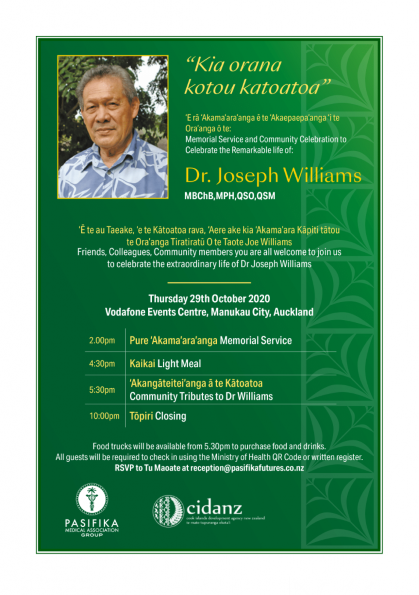 Baby Loss Awareness Week – A story of heartbreak and healing