HomeCommunityGold medallist Tupou Neiufi: "I'm so proud of my Tongan culture, where I come from" 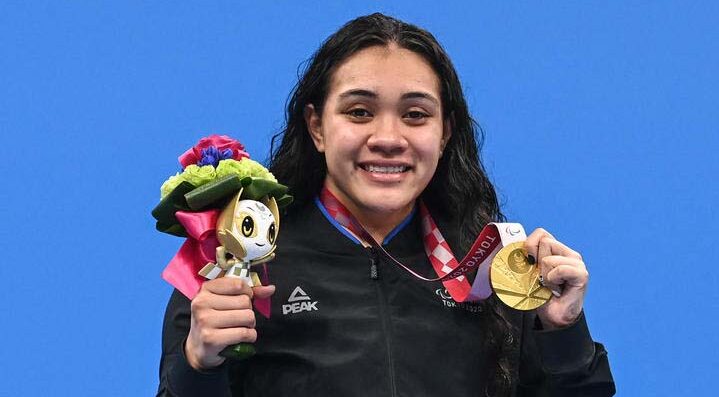 Gold medallist Tupou Neiufi: “I’m so proud of my Tongan culture, where I come from”

To celebrate Tongan Language Week, Gold medallist Tupou Neiufi Zoomed into 531pi’s Pacific Mornings to discuss her own journey with her mother tongue.

Neiufi told Pacific Mornings host Aggie Tupou that before her accident, she was a fluent Tongan speaker as a child.

“It was my first language; I didn’t know English. But due to the accident, the doctor had said with my head injury I could only handle one language,” recalls Neiufi.

“My parents had a discussion — because we live in New Zealand, they said English would have to be the language that I grow up with.”

“I’ve gotten to know a few Tongan words and a few Tongan phrases over the last couple of years. Even though I don’t speak fluently, I’m still 100% MMT rep,” she laughs.

“I’m so proud of my Tongan culture, where I come from.”

Neiufi also spoke about the representing her culture and community in sports where Pasifika representation is very little.

“We are the minorities, especially going into athletics and swimming, because we mainly stick to netball and rugby.”

“But for us to be able to represent our culture on the world stage in [our] sports has been such a huge honour, especially with the love and support we’ve [gotten] back home.”

She also encouraged other Pasifika people to step outside of their comfort zones and not to “be afraid to give it a go”.

“We tend to think ‘it would be pretty cool if I did this,’ or ‘I wonder if I can do that.’ You don’t have to wonder or think about whether you’d be good at it. Just go and give it a go.”