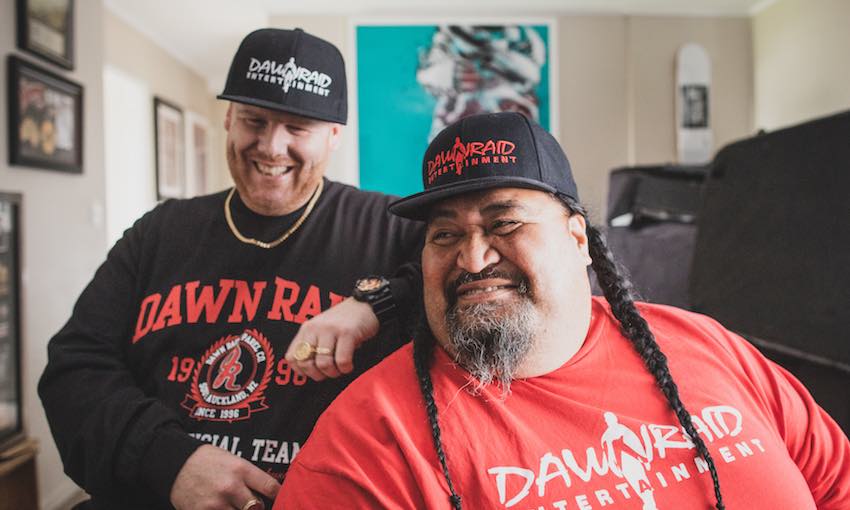 Danny Leaosavai’i is among those supporting New Zealand’s largest cluster who say health officials need to learn some important lessons from this outbreak.

When hip hop producer Danny “Brotha D” Leaosavai’i heard the church group afflicted by the community delta outbreak was having issues with public health officials, he called up the ministers at the AOG Church of Sāmoa and offered to help.

“I was hearing that the church was being blamed for the outbreak and that there was a bit of breakdown in communication,” said Leaosavai’i. One half of the south Auckland hip hop label Dawn Raid, Leaosavai’i now works with local charity The Cause Collective.

When he first got involved a number of those in the cluster told him they were either confused by what officials were saying or had stopped communicating altogether, he said. It led to a situation where some families were isolating at home without any food or weren’t providing contact tracers sufficient information.

Some of the families said they were feeling bullied and a key factor in the breakdown was a shortage of Sāmoan-speaking contract tracers and health officials. “The language barrier created a big gap and even for those who could speak English the technical language that gets used made it harder for families,” said Leaosavai’i.

“So we asked some of our colleagues to bring in translation support and resources and the most important thing was letting the church know they weren’t the problem, but in order for us to get through this, they had to be part of the solution.”

He’s now confident the outbreak within the church community is being brought under control and says a special vaccination event held yesterday for members is a sign how serious they are taking this. “Two and half weeks ago they weren’t talking to nobody but here they are, with a better understanding of what this virus is, how it affects them – so, yes, it is starting to come under control.”

Rebekah Toleafoa, whose husband is the minister for the church’s Māngere congregation, says without the support from The Cause Collective and South Seas Healthcare she doesn’t know how they would have survived.

“At the beginning we had someone from public health call us,” she said. “But they didn’t do much and then The Cause Collective offered to help us. Both Brotha D and Jerome [Mika] called us when everyone was bombarding us.”

The first few days were incredibly stressful as she was also fielding a stream of racist abuse via the church’s Facebook account, she said.

“On the first day we found out [about the outbreak], five minutes before I had to go on television I got a text message saying one of our pastors and five of his family were positive. It broke my heart.”

She’s thankful that she was already vaccinated so she could support her wider community. “I thank God that he’s given us the strength to step up and it’s a blessing that we didn’t get the virus.”

Fellow AOG church member Junior Fuimaono wasn’t eligible for the vaccine prior to the outbreak, but he admits some hesitation about taking it. “I wasn’t so sure about the vaccine at first but after seeing so many members getting sick and how it’s affected them, I started to believe it was important to do.”

Toleafoa says the good news is that many of the members who were in intensive care are now turning a corner in their recovery and she feels particularly grateful to all those who have sent messages of encouragement.

“At the start it wasn’t good and it really hurt,” she said of the racist abuse, “I was thinking: this is not New Zealand. But my husband said, ‘let’s forgive them’,” she said.

“Since then we’ve had support from a lot from other churches, and even people who have different beliefs to us. I love New Zealand, this is our home and I was born here and I can now see how this time has made me a stronger person.”

Extended families can book as a group for Covid vaccinations