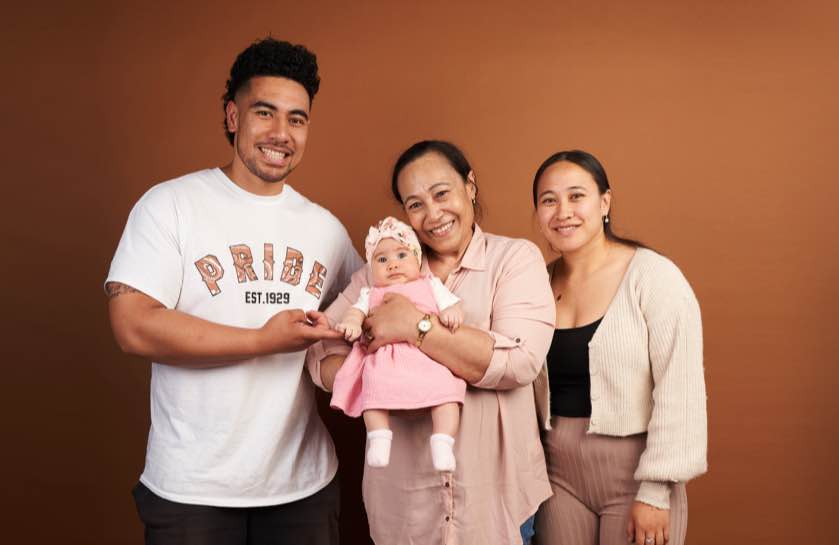 My Baby’s Village is an initiative led by the Pacific Infant Care Collective to help Pacific families keep their baby safe.

The collective, which includes Moana Research, NZ Police, MSD and health partners, have rallied together following a spike in unexplained deaths among infants in 2020 across Auckland. Provisional data shows approximately half of the region’s 20 possible SUDI deaths were Pacific tamariki.

“Pacific people make up almost 15% of Tāmaki Makarau’s population, yet Pacific babies make up 40% to 50% of SUDI deaths in Auckland each year, with most in deprived areas.”

“We have a responsibility to do all we can to ensure their safety at all times. That includes when they’re sleeping.”

“Traditionally, the focus has been on providing safe sleep devices. But this wasn’t enough. We’ve found, when you look at the causes of death, two thirds of those families had a sleep device in their home.”

“It shows that just handing over a safe sleep device isn’t going to prevent all SUDI deaths. There are lots of different causes, and there has to be some changes in our systems as well.”

KidzFirst Consultant Paediatrician Dr Teuila Percival says: “It’s really tough to reach out as a mother, and we don’t make it easy for a lot of mothers.”

“They don’t have as much time to focus on their babies as they used to, so this is a call to families and networks to identify families who do need support and help.”

This Safe Sleep Awareness Week, My Baby’s Village has shared daily videos online showing how support from families can be as easy as giving words of encouragement and lending a hand.

Thirteen-year-old Trinity helps out her single mother, Meleane, with taking care of her siblings.

“I get up in the morning, I go downstairs and just make bowls of cereal while Mum’s already up in bed doing some of her studies and work,” Trinity says. “At the end of the day, I just get them all in the shower and in bed.”

First-time parents Resa and Tavai are blessed to have Tavai’s mother Pua’s support and guidance.

“[Pua] lets us do what we have to do, and if she sees something that’s not right, she will give us her input. Which is good, because I don’t have a guide to go off,” Resa says.

After losing her own mother at 18, Resa’s journey into adulthood posed its own challenges. Although she has the support of her mother-in-law, she’s still learning how to feel more comfortable asking for help.

“In time I think I’ll be able to ask her for more help. It’s still early days.”

Ministry of Social Development (MSD) General Manager Pacific and Community Capability Serena
Curtis is hopeful that being involved at the beginning of a family’s journey will improve outcomes for
fanau.

“Every child is precious and we need to urgently rally together as a village to be advocates and champions of parents with newborns,” Curtis says.

“We need to fully understand all the factors that may have contributed to these unexplained and preventable deaths, so agencies like us can play our part to ensure parents get the timely help they need.”

“Solutions are with the community. As government organisations, it’s our role to provide support for our communities to realise those solutions.”