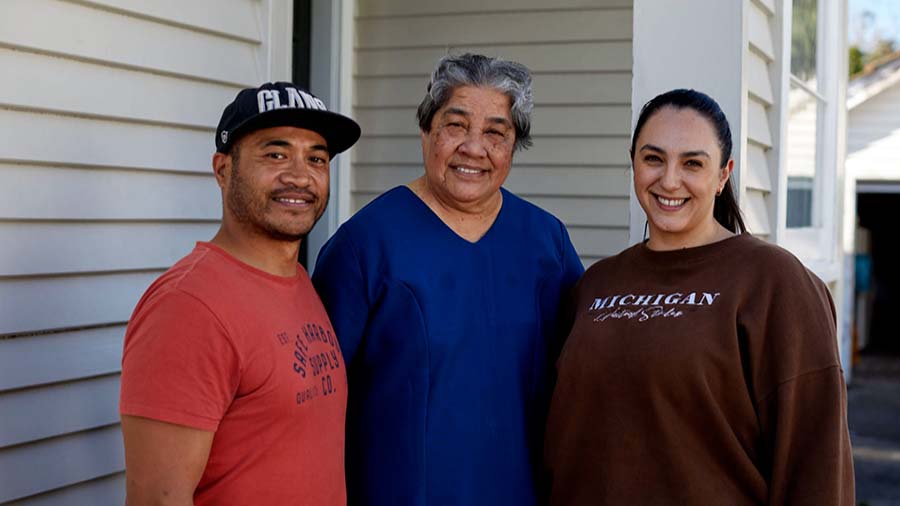 A Wellington filmmaker’s oral history project focuses on the Samoan woman at the centre of a history-making court case.

Filmmaker Jade Jackson is unequivocal when it comes to the woman at the centre of her oral history project.

“I think that Falema’i is an inspiration to women everywhere, I think absolutely for our PI community but outside of that as well for women,” Jackson says.

“I think she is a New Zealand icon and I’m really happy that we are finally able to hear her out and hear her perspective about the court case.”

That woman is 75-year-old Falema’i Lesa, whose case following her conviction as an overstayer in the 1970s went all the way to the Privy Council in London.

In 1982, that court ruled in favour of Falemai’i and that led to a drastic change in New Zealand’s  immigration laws pertaining to Samoans.

Since that time Falema’i has never spoken publicly about the case although, last year, attended the government’s Ifoga, or apology, for the treatment of Pacific people during the period of the ‘dawn raids’ in 1970s.

Jade was introduced to Falema’i through her son Ian, who she met just after making her short film, Raids, last year.

“He told me that his mother was Falema’i; I honestly couldn’t believe it. It felt very aligned though and we talked and I was, like, it would be great to meet her one day,” she says.

“He actually told me that he was considering a project and that he had been thinking about how to get her story out.”

Earlier this month Jade began interviewing Falema’i at her home in Wellington and took a moment to speak with Tagata Pasifika.

Speaking Samoan, Falema’i said it was always natural for her to feel scared or shy to speak up and that, even though the case happened forty years ago, it was important for the sake of accuracy and to speak up.

For Jade, Falema’i’s story is even more relevant today, as it highlights a lot of issues that our Pasifika people face in letting our voice be heard.

“We do face a lot of racism in this country where we can’t always tell our stories or it’s really hard too. I can see that there’s a change in that as stories like Falema’i are getting the attention it deserves.”