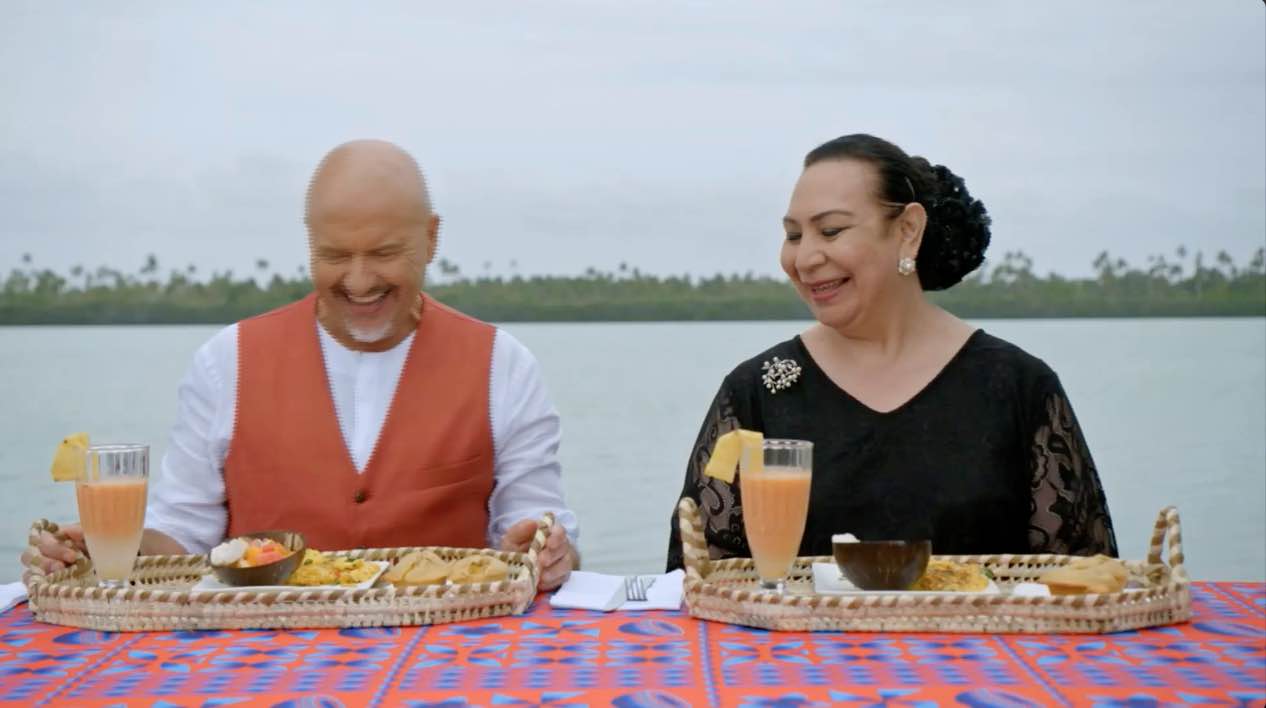 The Pacific Island Food Revolution (PIFR) was a TV show aimed at changing people’s eating behaviour to tackle problems like obesity in the region. Cooks from four Pacific nations used local foods and produce to create healthy, sustainable meals on the show, and two years on, new data reveals it’s had a huge impact on the health of viewers.

Communications manager for the programme Wame Valentine explains how it works.

“It has people from the Pacific — from Fiji, Samoa, the Kingdom of Tonga and indeed Vanuatu — they come together and they cook.

“They have this cooking competition where they cook their lovely local food, and they are trying to impress the judges so that they could win the top prize and the title of winner of Pacific Island Food Revolution,” Valentine says.

The reality show was dished up by celebrity chef Robert Oliver, and it first launched in 2019.

PIFR is broadcast across the Pacific as well as Australia and New Zealand, attracting huge audiences on TV, radio and on social media.

“The sugary drinks, instant noodles, MSG and more are all slow creeping killers that have replaced the traditional diet,” Oliver says.

Fijian surgeon Dr Jone Hawea know this all too well.

The show has started a food revolution promoting that fresh, local, indigenous foods is the answer to good health.

“The reality is in the Pacific, non-communicable diseases such as diabetes, obesity and other NCDs are some of the highest in the world. NCDs, of course, is one of the major contributing factors in poor diet. In the Pacific, 75% of deaths are NCD-related. That’s a jaw dropping massive figure,” Valentine says.

They are turning the table to embrace traditional dishes that helped sustain our forefathers.

54-year-old single mother Rachel Temo competed in season one of the programme. Before joining the show, her doctor warned her to change her unhealthy diet to improve her health.

“The Pacific Island Food Revolution has totally opened my eyes how this food, our local food, can be eaten to help our health. For the past three years I have become a vegetarian and eat wise, eat proper meals, a proper diet with the local produce from our markets. My life is totally changed,” Temo says.

She is not alone. Research conducted in the participating countries — Fiji, Samoa, Tonga and Vanuatu — found that there was a high level of engagement with people who watched eight episodes or more. It showed that if you watch the show, you are more likely to choose a healthier diet.

This is just the first phase funded by the governments of Australia and New Zealand to give viewers a taste of the Pacific. The focus now is expanding to include other countries in the region and showcasing the aspiring chefs.