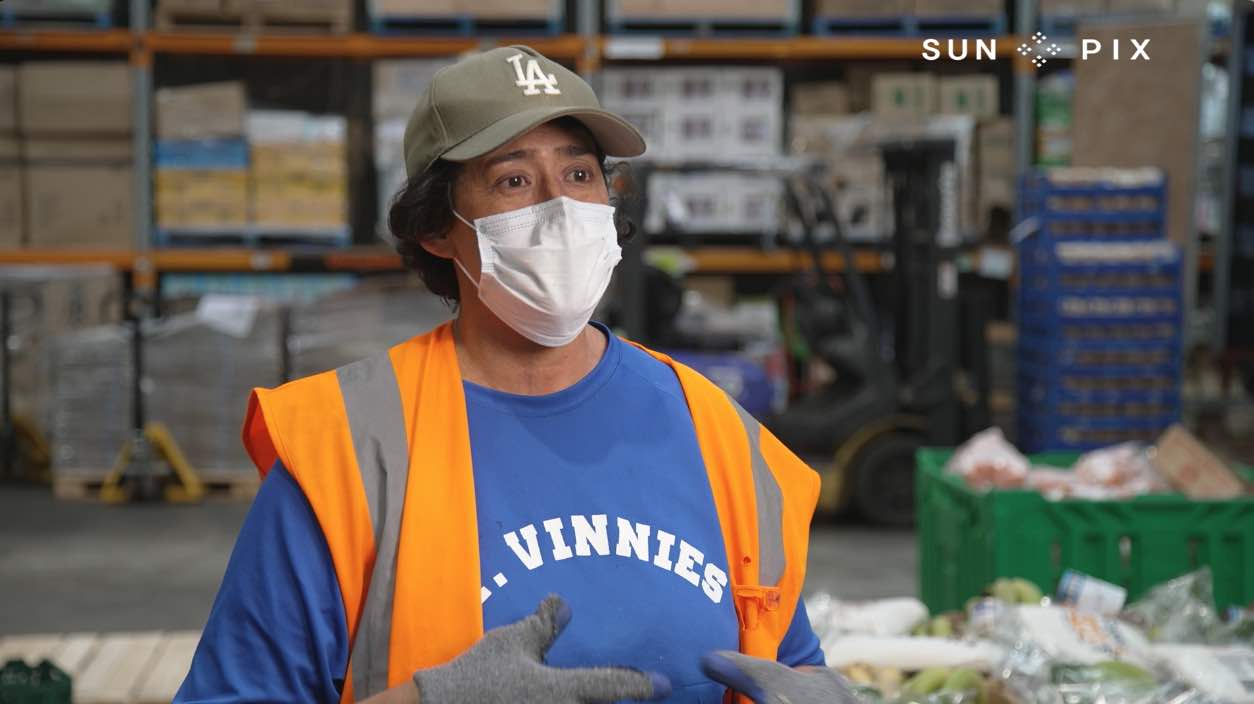 While the government is urging everyone to stay vigilant, Pacific communities are feeling the strain of the current lockdown.

For the workers at Auckland Vinnies food bank, the current lockdown can be summed up in one word.

For the past three weeks they’ve been distributing food packages to families in need. Youth Coordinator Reuben To’a says the need is much greater than previous lockdowns.

“This lockdown definitely I think came out of nowhere. So because of that, the workload has picked up heaps,” he says.

General Manager Del Soti heads the operation. She says numbers have catapulted from a weekly average of 900 to 2000 over the last three weeks.

“A lot of us get emotional about it, seeing the people that are coming through,” she says.

“Our people are not good with lockdown; lockdown is counter-cultural to Pasifika, so when this happens, people reach out for support because they don’t know how to do it without connecting with another person or their communities.”

It’s a very different story for Covid testing stations around Auckland, where numbers have fallen considerably.

Rico Tua has been working as a swabber at the Whānau Ora testing station since the beginning of lockdown.

“The first week it was crazy. People were waiting for up to 12 hours, some of them waited up to 10 hours just to get turned away because we ran out of time. But as the days have gone by, it’s quietened down quite a bit,” he says.

This has sparked concern among leadership, with Prime Minister Jacinda Ardern urging New Zealanders to not get complacent.

On the bright side, there’s been a surge in the number of Pacific people getting tested.

“Everyone’s getting involved now. People that came through used to be just essential workers for their routine check, but now everyone is coming. Most of them have symptoms, some of them don’t have symptoms, but they just want to do the right thing and get tested for their own family and their well-being,” Rico says.

Comparatively, vaccination rates for Pacific people leave much to be desired. Site Lead Manager Otolose Lea’aemanu and her team at the Takanini vaccination centre are on a mission to turn things around.

“We’re definitely highlighting walk-ins for Pacific and Māori, especially in the community around here,” she says.

Their point of difference is encouraging Māori and Pacific families to get vaccinated together.

“It just encourages whānau that they don’t have to come in alone and that sometimes when you come in as a whānau, it just gives you that sense of security that you are all here together, can go through the journey together and just that moral support.”

On the topic of wage subsidy, a helping hand is being extended to Pacific businesses after a low turn out last year. Pacific Business Trust CEO Pelenato Sakalia says many Pacific people missed out in previous lockdowns due to being unaware or daunted by the process.

“You can only imagine what it must be like for some of our people where English is a second language; they may not have an academic background; they just find engaging with a government agency and the application process daunting.”

That’s why the Pacific Business Trust has partnered with the Ministry of Social Development to help business owners through the application process.

“For those in full time employment, they’re entitled to $600 a week. So we’re not talking about insignificant money, because a lot of these people have been living week to week and now all of a sudden they’ve got no money coming in. So just to be able to get this amount of money, I think it could make a huge difference.”

Back at Vinnies, the younger members of the team continue to work after the food bank closes, managing a daily virtual chat with high school students to help them through lockdown.

“That’s really heavy, because a lot of students are struggling with mental health in lockdown,” says Lupesina.

“In their eyes just because the teachers think that just because we’re in lockdown, they have all the time in the world to do the work, but for a lot of our students they also have an obligation to their families — to look after siblings, do the feaus, you know, and that can be overwhelming.”

“We’re catering to about 700 to 800 students each week. But it’s just definitely there for them to have a place to feel supported, feel connected knowing that just because they’re not in our space, they are still a part of us, and we’re able to help them in any way we can,” Reuben says.

It’s a lot to take on for this small team of staff and volunteers. Their determination to look after their community never fades.

“You see these girls. They’ve barely slept, and they’re not part of our staff, but they’re here at the crack of dawn, and they leave when it’s dark, you know. And they’re still going. So just really proud of them and quite moved by just who they are,” Del says.