HomeCommunityPublic can have confidence in Middlemore Hospital despite patient death, DHB says 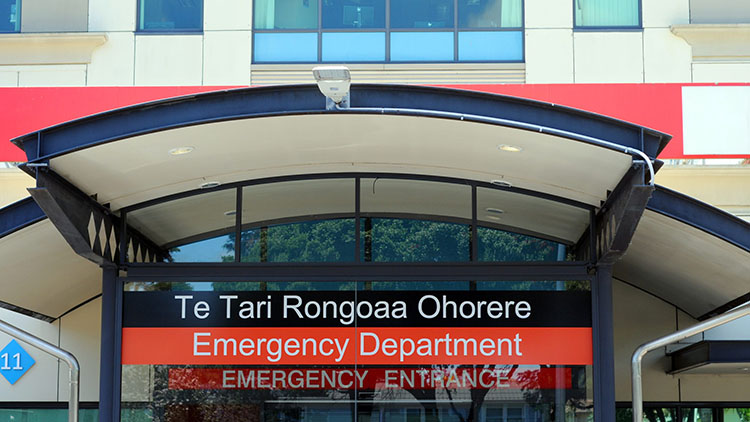 The public should still have confidence in Middlemore Hospital’s emergency department, despite an outstanding investigation into a patient’s death at the hospital, Counties Manukau DHB says.

But a nurses’ union says unsafe staffing levels in the health system are continuing to put lives at risk.

The patient who died first arrived at the emergency department about 1am on June 15 with a severe headache. She was told it would likely be hours before she could be seen and left, a doctor said.

She then returned to the hospital in an ambulance about 4am, unconscious after a “massive” brain haemorrhage. She died on June 16.

A doctor said despite the fact the emergency department was experiencing record admissions and wait times, the woman should have been given priority.

“Hospitals are places where people are extremely ill and some people do die,” he said.

But the public could still have confidence in the hard-working staff who run the department, he said.

“These are extraordinary times.”

Middlemore Hospital moved to a “red” setting on June 8 to help deal with a spike in patient numbers which has seen up to 400 people a day visiting its emergency department.

The DHB attributed the surge in patient numbers to winter respiratory viruses, such as influenza, as well as the impact of staff taking time off due to Covid-19.

He said the DHB had budgeted for additional staffing and resources to deal with an expected influx of patients, but it hadn’t been able to recruit the nursing staff and doctors it needed.

“This has been brewing for years, but Covid-19 has just made it more visible.”

Daniels said the union first predicted an extreme shortage of nurses in 2006, but successive Governments had failed to heed the warnings.

“We haven’t been able to grow our own workforce and have been too dependent on overseas doctors and nurses.”

Health Minister Andrew Little said staffing shortages were one of the many problems faced by Middlemore Hospital and had played a part in delays at its emergency department.

He said DHBs were competing in a highly competitive international market for staff and there were more than 2000 nursing vacancies in the sector.

Despite last week’s events, the public should still have confidence in Middlemore Hospital’s emergency department, he said.

“The principle point is that if you are unwell enough to warrant hospital care then you should go to hospital. We have an outstanding health workforce doing their job in circumstances that have been extraordinarily challenging.”