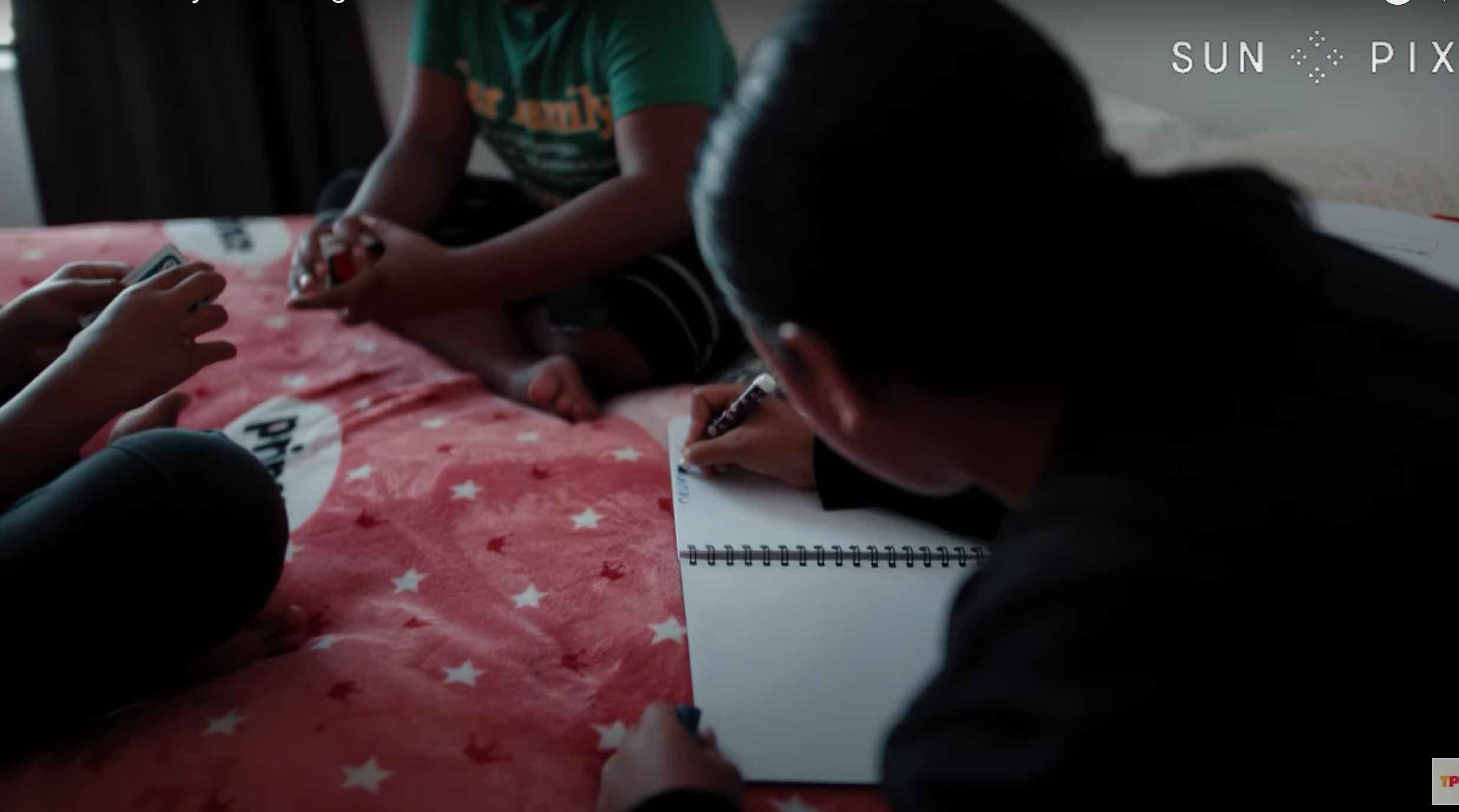 Pacific youth are considered among the most at risk from this latest outbreak, but as Justin Latif reports, research shows more time with family is helping this group handle the mental challenges of lockdown.

For many students, surviving this lockdown without a laptop, smartphone and a quiet bedroom to work from would seem almost impossible.

But for some, from large Pacific families living in overcrowded houses, learning from home has looked markedly different. Instead, a Ministry of Education-supplied laptop has to be shared between three to four family members, with little chance of finding a quiet corner for Zoom lessons, while they’re also likely to be juggling work at a local supermarket or picking up extra shifts at a factory.

For Harriet*, a Pacific 18-year-old high school student, the challenges have been tough on her mental health.

“Lockdown drags everything,” she says, adding that her friends are sharing similar struggles. “The pros are you get to catch up on some rest, you get to unwind, but the negative parts are it’s just stressful, with schoolwork and the battle in your head.”

And she’s not alone. Jane*, a Pacific woman in her 20s who works part-time, says the unpredictability of when Auckland will move out of level three has been one of the hardest parts of this outbreak. “When you’re unsure where the finish line may be, it’s hard to keep your state of mind in a good place.”

According to research conducted by Pacific mental health services provider Le Va, nearly 50% of the young people it surveyed say they have been negatively impacted by the recent lockdown.

And in the last week, says Counties Manukau Health’s mental health and addictive services general manager Charles Tutagalevao, there has been a marked increase in people coming to Middlemore hospital’s emergency department with “mental health and addiction concerns” and particularly, “young people presenting with anxiety-related distress”.

Le Va chief executive Denise Kingi-Uluava says given that over 60% of cases in this outbreak are of Pacific descent, coupled with issues such as the digital divide and income inequality, youth in this demographic are most at risk of mental health issues.

“When you see that the numbers not going down the longer lockdown goes on, and also how it’s spreading wider, having a sense of hope is being impacted.”

Kingi-Uluava says her organisation’s research, which surveyed 827 Pacific 16 to 30-year-olds in Auckland over September, showed the main stress factors for youth were school and work responsibilities along with boredom and isolation.

“What this highlights is there’s such a lot of focus on school and work and less focus on emotional wellbeing, so how can we make sure that they achieve that?”

Another challenge Kingi-Uluava notes is the pressure created by living in overcrowded homes, where sometimes “three or four people are using one device”.

“What a few students told us was that the home environment wasn’t conducive to study as they didn’t have their own space or own room, and because they hadn’t been able to focus on their studies, they had failed a few papers, leading to major stress.”

Māngere College principal Tom Webb confirms that a number of his pupils “aren’t able to focus on school work, due to not having a lot of space for them”.

But both Webb and Kingi-Uluava say the remedy to these challenges is ensuring young people can reconnect with their peers and extended family, something which might be able to happen more with the easing of level three restrictions.

“Our students really appreciate their relationships with their peers and teachers, and so during lockdown they don’t have that as much as they normally would,” Webb says. “So those kids who are independent and self-motivated learners can thrive, but those that need greater support and external motivation go the other way.”

To combat this, the school has a group of student leaders and teachers having weekly meetings with support workers and psychologists from the Toko Collaboration charitable trust. They discuss the ongoing wellbeing challenges that pupils are facing, then try to put strategies in place to address these.

“The student leaders check in with other students and the form teachers also check in, to make sure we know what other support they need, whether that’s giving out food parcels or other things,” Webb says.

Kingi-Uluava says one comforting aspect of their recent research is seeing how resilient Pacific youth are, despite the challenges they’re facing.

“Overall the respondents rated their mental health as average or above average and so while there has been an impact, it hasn’t been as bad as you would expect,” she says. “When we asked them what their coping strategies were, they talked about having quality time at home with their family and for some that has been a protective factor.”

Jane and Harriet can personally attest to this.

“What’s keeping me feeling healthy is the fact that I’m healthy and knowing that my loved ones are healthy,” says Jane.

For Harriet that includes doing online Zumba with her friends and having that “family time” which has led to teaching her parents how to play Kahoot.

Kingi-Uluava says the high vaccination rates for Pacific youth compared to their Pākehā peers shows how important family is for this group. But given the unpredictability of when Covid will be contained, she says it’s important families and schools ensure their young people “maintain a sense of hope for the future”.

“The reality is that lockdown is important, so how do we get more hopeful messages out there and make sure those feeling stressed can set up a home schooling environment that works well for them with their family and work obligations.”

*Jane and Harriet’s real names were not used.