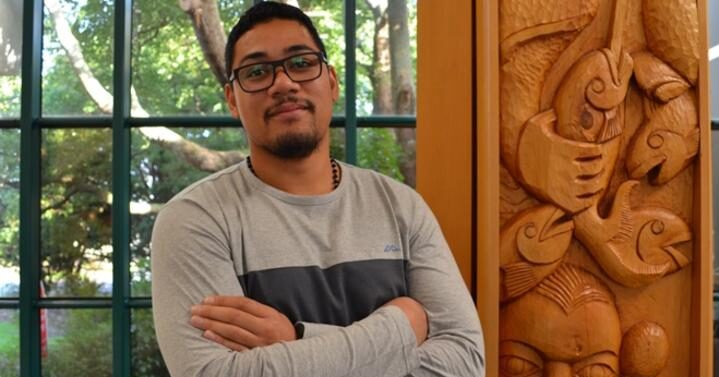 The 29-year-old was chosen among 20 nominations for his “outstanding holistic care and for going above and beyond what was expected in order to ensure patient journeys are seamless, respectful and safe”, the New Zealand Nurses Organisation (NZNO) announced.

Mata’afa says he felt truly honoured to be deserving of such an award. He acknowledged that growing up in a Pacific household, being “family-orientated and caring for others just comes naturally”.

“You don’t normally associate a PI male with nursing. People think gay men only do nursing, but I have learned to push through this. Take it as a motivation,” Mata’afa says.

“We most definitely need more Pacific males in nursing. Many of the patients we deal with are Islanders, so it would be nice to have your own people looking after you.”

Before nursing, Mata’afa was interested in sports and dreamed of becoming a specialist diver in the Navy. He even entered a pre-training course for the services. But Mata’afa saw a change in his career path when he permanently damaged his perennial nerve in a match during his first XV rugby tour to Samoa.

“I think most young boys in New Zealand dreamed of becoming big in rugby. I was very unfortunate because of the injury.”

After a six-month break from physical activities, Mata’afa pursued a career in nursing after realising “[he] wasn’t going anywhere”.

“I did the Foundations programme at MIT then got into the Bachelor of Nursing programme. Nursing has been my life since then.”

Mata’afa hopes his achievements in nursing will encourage other young Pasifika men to pursue nursing as a career pathway.

“If you are a young Pasifika male and you think nursing is the career for you, then pursue it with everything you’ve got… Nobody is going to stop you but yourself.”