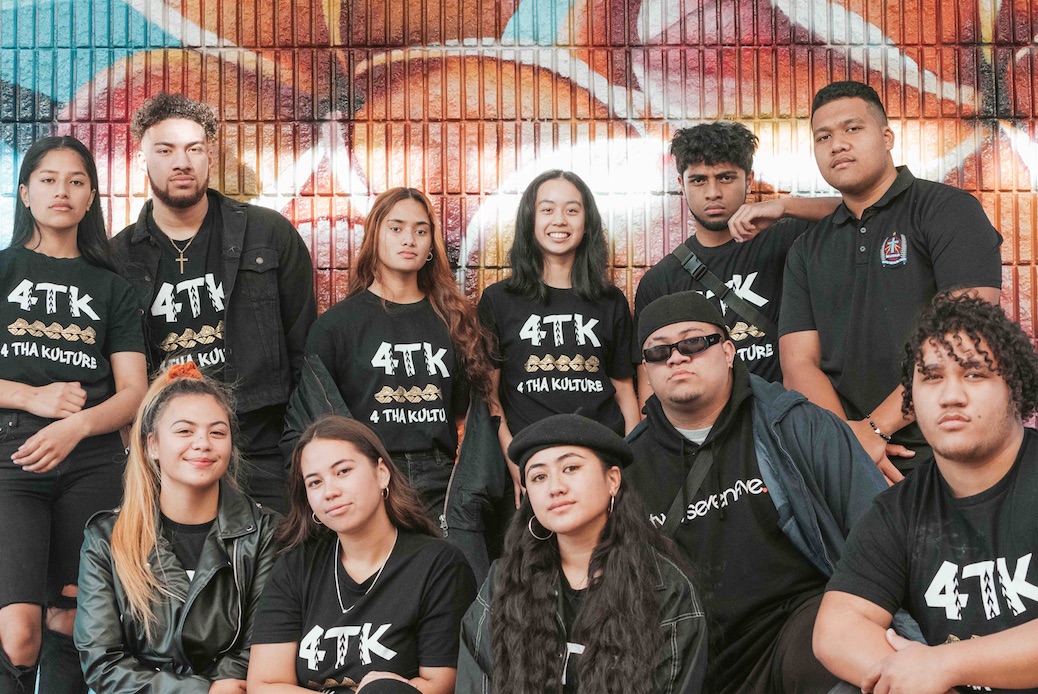 4 Tha Kulture (4TK) is a South Auckland high school-based environmental collective that works in raising awareness around the effects of climate change in the Pacific.

“It would be a mistake to emerge from this crisis still clinging to the past, so we are urging the Government to invest in a better future, not a bigger failure,” the petition reads.

“Our success so far has come from making saving lives our top priority. It is vital that we do not disregard this approach.”

Last Friday 4TK headed out to various South Auckland landmarks to raise banners as part of this year’s International Climate Strike. A photo series of the campaign was captured by Kevin Vi; members stand proudly next to bold signs such as “Ignoring Climate Change is Pacific Genocide” and “Dirty South Not Dirty Seas”.

Keeping the indigenous and Pasifika voice at the forefront is one of the group’s priorities.

“The Government must invest in building a renewable and regenerative economy. This must be done through meaningful partnerships with communities, Tangata Whenua and Pasifika, and youth to ensure a just transition and that no one is left behind,” says 4TK Organiser Aigagalefili Fepulea’i.

She says the leadership New Zealand has shown through the Covid-19 response can be continued with the country’s response to climate change.

“New Zealand is well known on the world stage for our diversity, leading climate actions and now our response to COVID-19. The way forward will be a leading example for the world. As a country with the largest Pasifika population, we must show our solidarity for our Pacific neighbours and care for Pasifika citizens through ensuring our communities will be safe from the impacts of climate change.”

The petition has almost reached its goal of 800 signatures. You can find it here: https://our.actionstation.org.nz/petitions/school-strike-4-climate-open-letter-calls-for-covid-green-response-1

The Covid-19 impact on Tongan overstayers in New Zealand