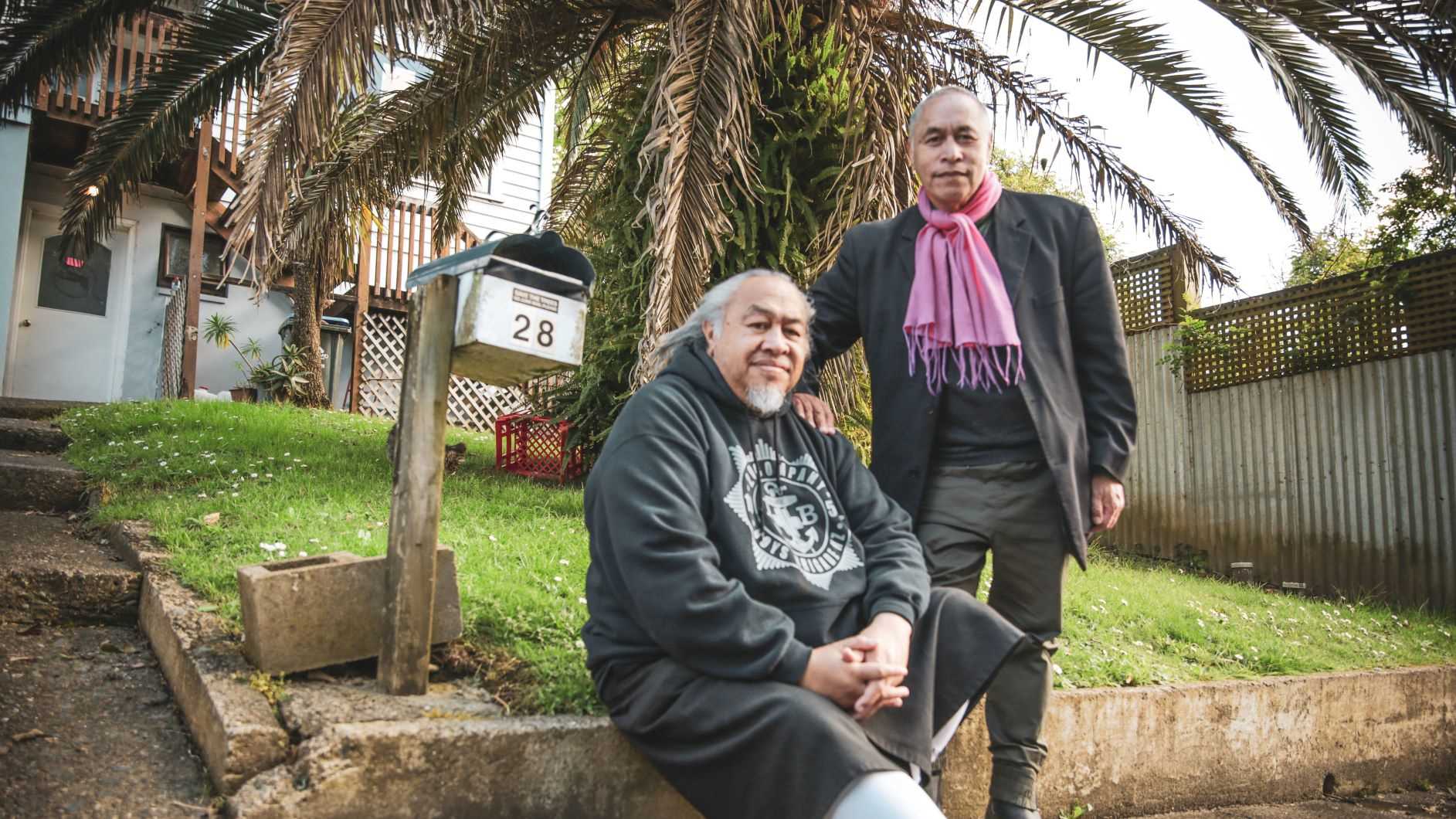 Many of our Pacific families lived in the central Auckland suburbs of Grey Lynn, Ponsonby and Newton from the 1950s-1980s. Although most of these families have moved on to other parts of Auckland today, their original homes in central still hold precious memories about life in New Zealand’s first Pacific urban village. Tales of Homage is a written series profiling these special family memories and the homes they were made in.

“You’re gonna love this!” Reverend Mua laughed, humoured by the memory he was about to share.

“The thing about Williamson Ave is it’s the area where Queen Elizabeth did her famous [1963] tour!

“And so all of a sudden we came home, and we had 40 Samoan families in the lounge. They even had those little flags… the little British ones!” His brother Sofi, on the opposite couch, cracked up.

“It’s so funny, because you come home and then you see all your aunties and all your cousins and you’re like, ‘What’s going on?!’ and they’re like, ‘Queen Elizabeth is driving up this way. So we’ve all come here and then we’re gonna have a mea’ai afterwards.’”

Mua now lives on Waiheke Island, and Sofi in West Auckland’s Te Atatu Peninsula, but the brothers are still central through and through.

They are well known for their lively guided walking tours along Grey Lynn and Ponsonby, which are filled with storytelling of the neighborhood’s Pacific past. Now in its 15th year, the tours are their own homage to honour and celebrate the lives of their parents and the generation that came before them.

Their father, Iosefa Sofi Pua [his Matai title Tofa Pua Sofi], was a teacher in Samoa. However, New Zealand didn’t recognise his qualifications, and he ended up working at the Central Post Office – now Britomart. He was an advocate for social issues concerning the Pacific community in New Zealand and became the Head of the Samoan Advisory Board, which met at Samoa House on Karangahape Road. The brothers said he was also the first Samoan broadcaster in New Zealand and had his own show, ‘Calling Samoa’, for the New Zealand Broadcasting Corporation – later replaced with Radio New Zealand National.

Their mother, Vaitulutulusinaolemoana Purcell [given the name Jessie by Palagis] moved to New Zealand to study as a teacher. But on arrival, an aunt told her to start work instead and pay for the school fees of her siblings in Samoa. She worked as a machinist at the Modulux Factory on Maidstone Street.

“The story is really simple,” explained Mua. “They met on a tram going to Ponsonby, and Dad used a really popular line back in those days. He asked mum if she would like to share an ice cream. But mum always goes… ‘I know he wanted more than an ice cream.’”

Sofi was born in 1965, and in that same year the family moved from 15 Williamson Avenue to 28 Scanlan Street. Mua was 8 years old.

“When we moved from Williamson Avenue to Scanlan Street we didn’t have trucks,” Mua explained. “So at night time we carried all the furniture and everything around the block.”

Twenty-Eight Scanlan Street became a busy and important household in the neighbourhood. It was where some of the first 100 Tokelauans in New Zealand came to have their first meal in a new land.

It was a central home for all families to come together while the Puas led church meetings and lotu in their family lounge in the morning, afternoon and evening. Unknown to the brothers at the time, the home was also a place of refuge for abused women in the community to stay.

“Sofi and I never noticed the black eyes, broken arms, all the injuries, you know,… and that our house was a ‘no go’ to the men. We just thought we were a popular family.”

“…And someone else had your bed,” Mua laughed.

“Yup,” Sofi continued. “You’ll see someone’s suitcase and go, ‘Ok… I’m gonna be sleeping in the lounge for how long…?’”

“The kitchen was really neat. That’s where all the mothers’ stories took place… where they cooked and sat and talked.”

The brothers remember most families having Elvis or Bruce Lee on their walls back then, but not their home. Their lounge was considered the room of the “holy of holies”, and so Ms Pua’s walls featured someone extra special…

“God bless her,” said Mua, “because we had prayer meetings in the house; she would go to all these bible shops and get the latest Jesus posters. So we used to get mocked all the time.”

“She’d change them all the time,” added Sofi, “and then she started framing them.”

In 1987 their parents passed away three months apart from each other. It wasn’t until the year 2000 that the home was put on the market, when all the siblings were ready to let go of it.

“For the last month in the house we had all these activity nights,” Mua shared. “We brought back school people, church people, girls fellowships, sports groups. We all had these different nights to come in and just have fun. I think the only compromise we made was wine. It made Sofi and I laugh because everyone was saying mum and dad would never have let wine in the house.”

“It was time to move on, and we could see Grey Lynn was changing,” said Sofi.