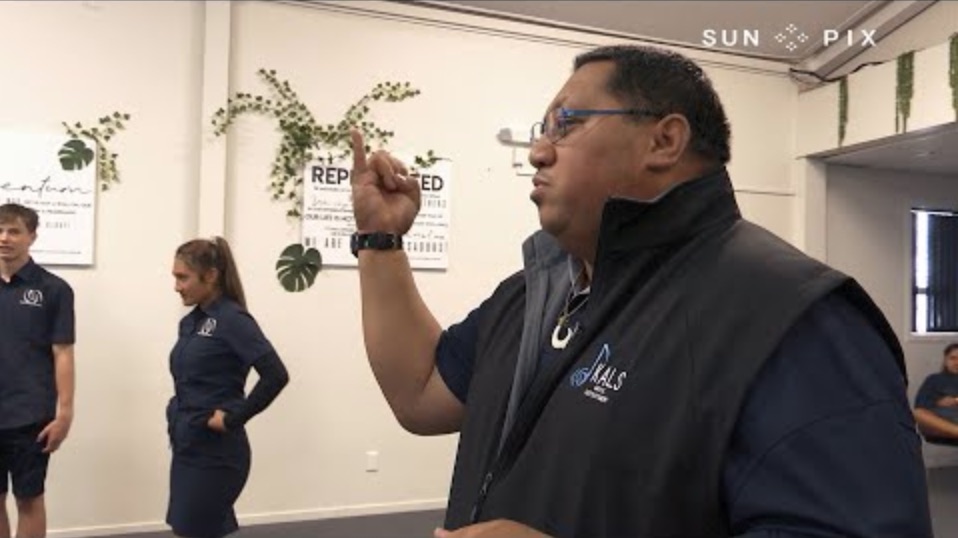 Samoan musician and educator Matatumua Opeloge Ah-Sam was at the top of his game when he turned down a number of significant opportunities overseas to instead make a return to the grassroots by helping the youth of Kaitaia reach their musical potential.

Opeloge Ah-Sam is passionate about helping others reach their musical potential.

“Seeing someone with potential and then two or three years later seeing them fulfil that is one of the most enjoyable things for me as a musician and as a teacher,” he says.

He’s a familiar face to many in the music industry as a professional pianist and composer. He has also been an educator for many years, as a teacher at Māngere College and lecturer at the New Zealand School of Music in Wellington.

“I had a job opportunity in Singapore and Queensland, and for me that was the next step career-wise.”

It wasn’t meant to be. Instead, he moved away from the hustle and bustle to Kaitaia in the Far North.

“We had really good jobs, and our kids went to really good schools in Auckland. But you know what it’s like in Auckland with all the traffic and stuff that goes on; we thought there must be more to life than sitting in traffic 10 hours a day.”

“When I first said I was coming to Kaitaia, everyone kept reminding me it was the murder captial of the country. But we have no issues. We’ve had nothing but really positive experiences.”

He loves it so much in fact, he’s hitting the books again in a quest to improve his understanding of the community.

“I’ve been trying to teach myself Te Reo, and I got a friend who’s trying to help me out, because I think it’s really important with where I am and the school and the context.”

And in his current roles as a music teacher and a director of the community choir, he’s using music as a tool to change perceptions of the region.

“When I used to work with a school in South Auckland, Māngere College, it feels like that all over again. For me, music is a great way to even things out really. It’s a great way to break down barriers.”

But while the region is brimming with talent, bringing them to the surface can have its challenges.

“I’ve met so many students here who are as good as any student I’ve taught around the country.”

“ I don’t know whether it’s confidence or whether it’s social circumstances, but that’s the only thing that holds some of them back. But there’s a lot of talent up here.”

For Opeloge, it’s those very challenges that make living here all the more appealing.

“I guess when you take something at the start, you have a vision or an idea of where you want to take it, and then when it happens or when it starts to form itself two or three years later, that’s still for me one of the most enjoyable things — one of the most rewarding things I have in music.”