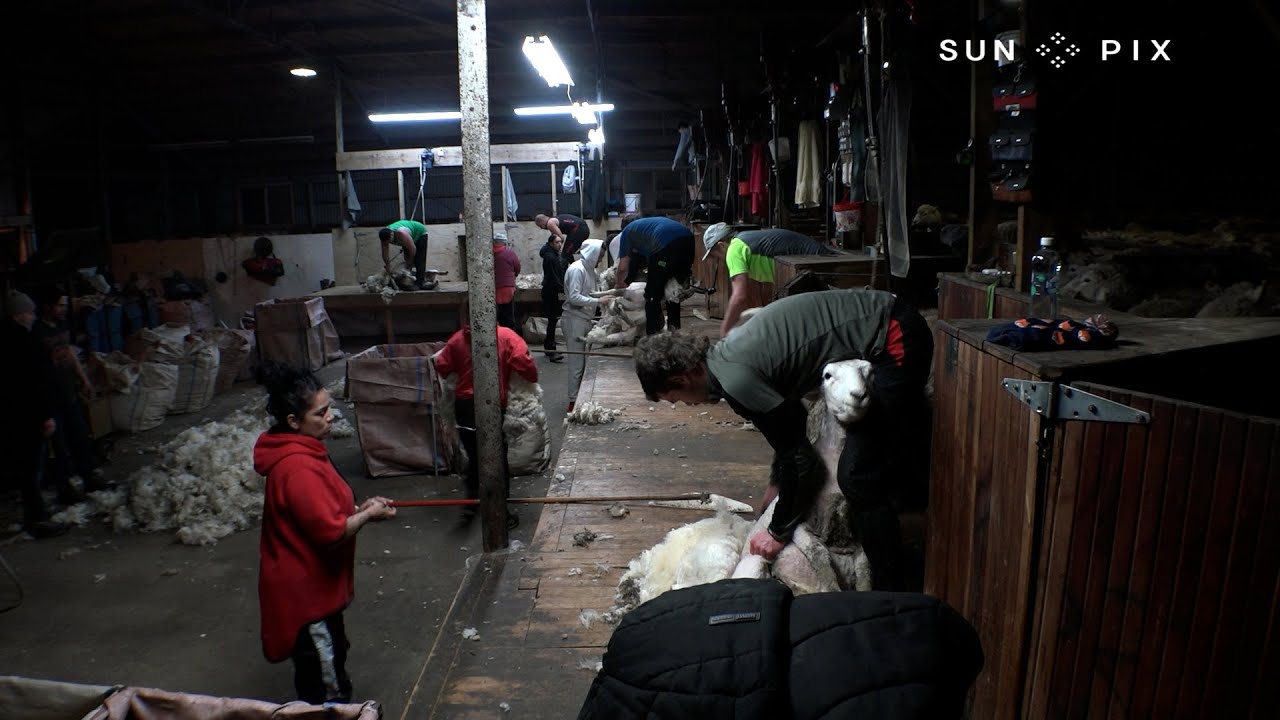 You don’t see too many Pacific sheep shearers, but a Southland based shearing gang has been flying the flag for the Cook Islands.

Tina Elers and her brother Jimmy Joe run a company called Bill Elers Contract Shearing, which is named after their father who started the company four decades ago.

“I think we may be one of a kind being predominantly Cook Island Māori in this industry,” Tina says.

Based in Mataura, a small township north of Invercargill, Pacific people are few and far between, but it’s hard to miss the Elers’ residence with the Cook Islands flag flying outside their doorstep.

“Back in the ’70s, my dad lived in the North Island, and he decided to come to the South Island. He worked down here in shearing and he thought, ‘This is an all right place’, and he went back to the North Island to get my mum.”

Tina never intended for herself to end up in the sheep shearing industry, but at the age of 15, she tagged along to help out her father and has been in the sheds ever since.

Living in an area with few Pacific people meant Tina was primarily exposed to her Māori side, but a burning desire to learn more about her Cook Islands heritage led her to represent them at the 2017 World Sheep Shearing and Wool handling Championships.

“I wasn’t used to the people, the cameras and the lights. It was hard. I was so nervous up there on the stage.”

“I felt so proud to be a Cook Islander. It was my first time on a world stage, and to have made the podium – words cannot express. Just so happy to be on such a stage and carry the Cook Islanders to that level.”

No one was more chuffed to see them step up to the podium than her father Bill, who was watching from the stands that day.

“You could tell that my Dad was just so proud. To see us competing in something that we love and to make the podium for the Cook Islands, I could just tell he was so proud.”

Sadly, Bill passed away last year, but his legacy carries on through his children and grandchildren.

“Every day we travel to work, and we just have so many memories. We just feel his presence, his wairua in the shed. Absolutely he’s here with us.”

Tina’s daughter Maiden has been in the sheds since she was 12 and owes her passion for working in the sheds to her grandfather.

“It’s in our blood, shearing, with my poppa having a shearing run and now my mum and uncle taking over. I think I’ve always been brought up around it, and it’s always there, so it’s always gonna be there I think.”

It can be physically gruelling work. But for Tina, this will always be her home away from home.

“I love it. There’s not a lot of people who come out of high school and go into this job and are still there at this stage in their life. So yeah, you’re definitely passionate about it; you have to be,” she says.