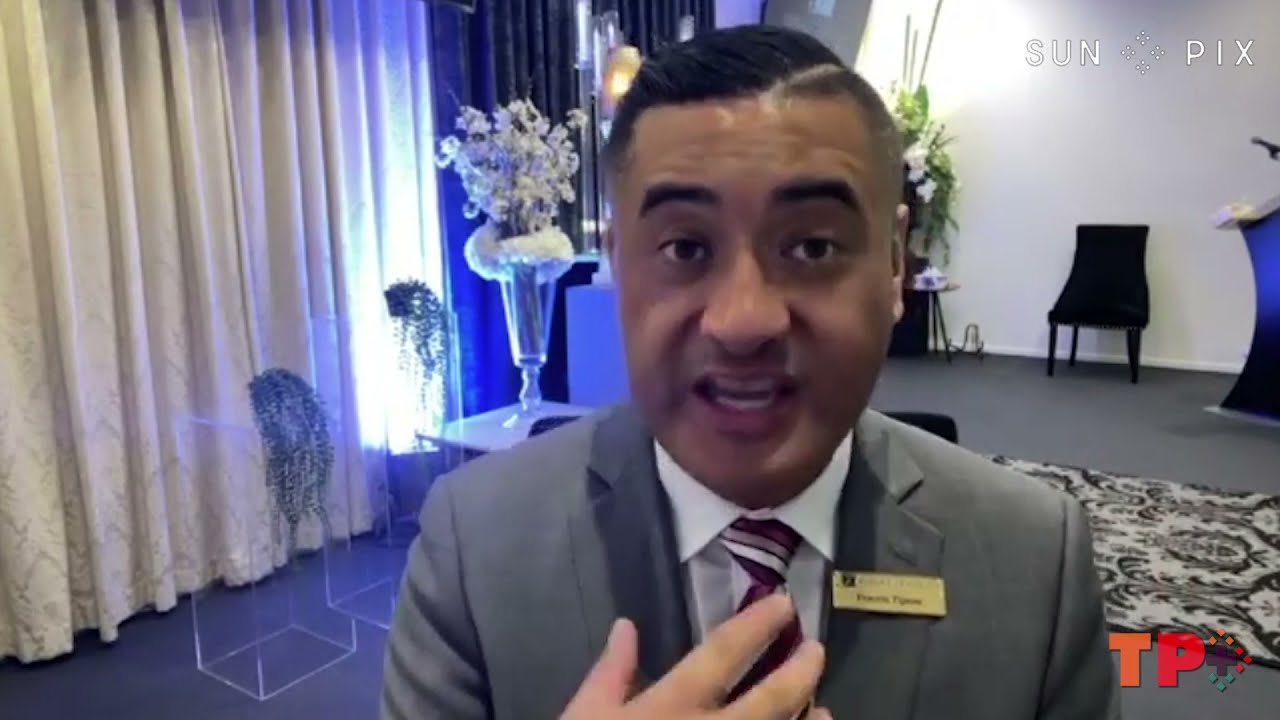 Auckland funeral director Francis Tipene has opened up about what it’s really been like to hold funerals this level 4 lockdown.

“We would wake up knowing that we had three livestream funerals on in the morning and go, ‘I don’t want to go to work, I don’t want to do it,’ because you’re normally as a funeral director in the background,” says Francis.

“This time you had to… appear at the front on behalf of the family, and people are watching from all over the world. It’s just that pressure. Like man, even though the room is empty and it’s just you and the loved one there, you know that everyone is watching.”

In Alert Level 4, funeral directors do everything, including organising the graves, taking the bodies to be buried or cremated and organising and saying the prayers.

“We just gotta switch off emotions and direct so that the family are able to let go,” says funeral director Fiona Tania Bakulich.

“They’re able to see that we’re doing our job and most of all, keeping to the guidelines that everyone needs to keep to at this very sacred time.”

Last week the Government relaxed its ban on families viewing a body at a funeral home before burial or cremation. Francis says it means families can now have time with their loved ones whilst they’re in their care.

“The rules are that people come from the same bubble,” says Francis.

“Figure out who the closest bubble is, cos you don’t want to deny anyone, so you make it work. Everyone comes with masks and gloves… We ask for families to email the names, date of births, phone numbers, addresses of those who are coming in so we’ve already got it listed, and the less contact we have with one another, the better, the smoother it’s going to be and the more time families will have with their loved ones.”

Fiona says that ultimately, being a funeral director in these circumstances is an honour.

“To be given the honour to be the Samoan funeral director for our Samoan funerals is the upmost honourable thing anyone in my position can have,” she says.

“To have the trust of our families is the upmost dignified feeling that I know, that when I go to the cemetery and I’m praying in Samoan and English, that I am representing the families that are not present, and most of all, that God’s spirit is with me.”

Watch the full interview with the Tipene Funerals team above.

Extended families can book as a group for Covid vaccinations