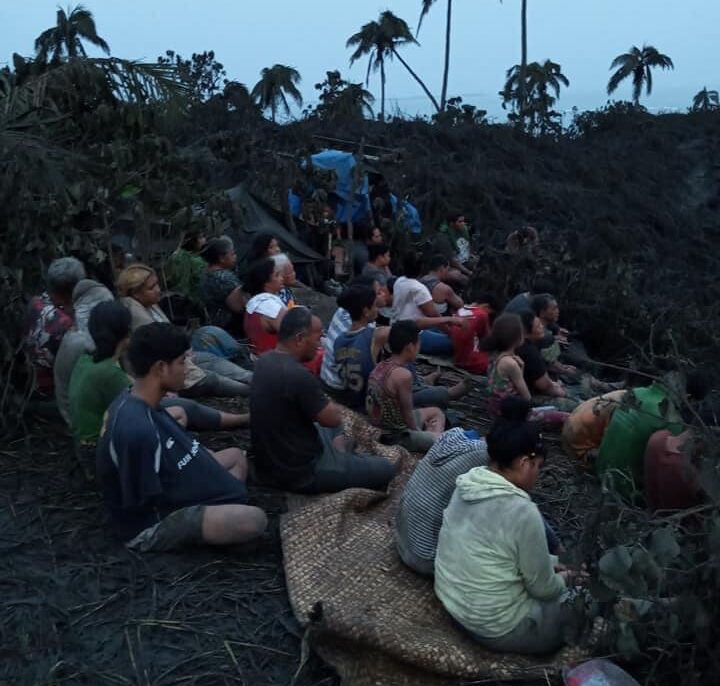 The latest media release issued by the Tongan government estimates around 84% of the population have been affected by the January 15 eruption.

Emergency responders and health teams were dispatched to Ha’apai via the country’s naval vessels VOEA Ngahau Siliva and VOEA Ngahau Koula. The vessels have since returned from Ha’apai.

The tsunami had washed away Nomuka’s health centre and a field hospital has been set up to treat the injured.

Both the deceased, 65-year-old Lataimaumi Lauaki from Nomuka and Mango resident, Telai Tutu’ila, 49, have been buried on their respective islands.

International Humanitarian support arrived 5 days after the eruption and Items such as hygiene and sanitary kits, food rations and water are being distributed to areas such as Patangata and Kanokupolu.

Sixty two Mango residents were evacuated to Nomuka following the eruption but given the food and water shortages there, it is believed that they will eventually be taken to Tongatapu.

So far, 59,959 litres of water has been distributed by the National Emergency Management Office (NEMO) as part of their relief efforts.

The HMNZS Aotearoa has offloaded more than 260,000 litres of water for the Tongan people.