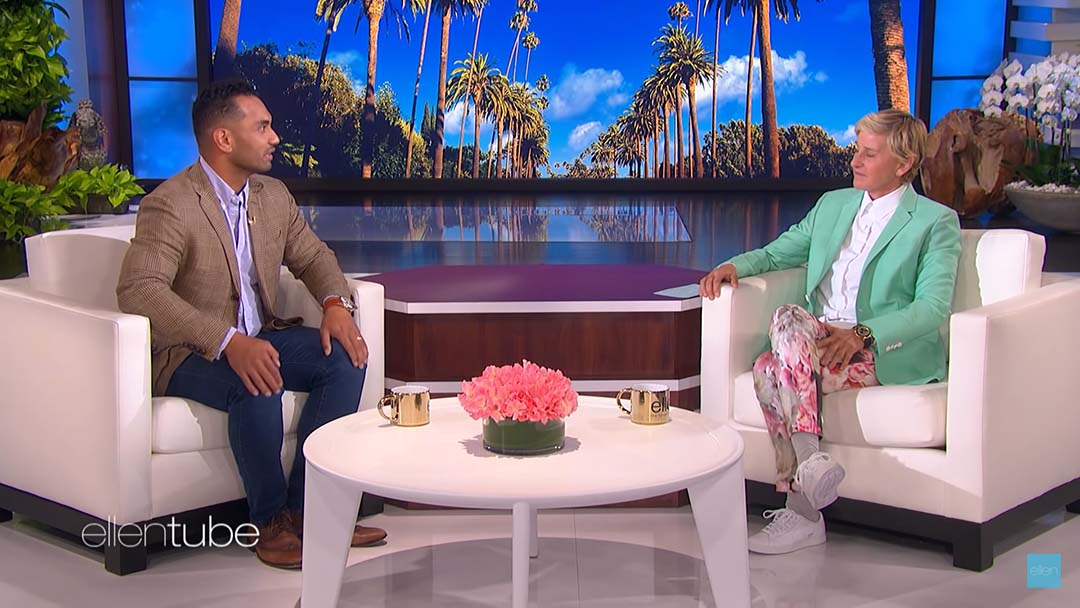 Inoke Tonga believed his job as a volleyball coach at Valor Christian High School was a “blessing”.

Combining his teaching skills and his passion for his Christian faith, Tonga formed strong bonds with the students he coached, training them physically and guiding them spiritually towards a deeper relationship with God.

But the joy he felt was short lived. Last month Tonga was invited to attend a “spiritual connection” with the campus pastor and athletic director.

“Unaware of what conversation was awaiting me, I was bright-eyed and happy to be there, because our interactions prior to that day were always so refreshing,” Tonga wrote in a lengthy Facebook post.

Tonga recalled how he was repeatedly asked whether he had any “changes in lifestyle”, and whether he had posted inappropriate content online that was at odds with the school’s culture and beliefs.

“In my mind, I had not. Everything in life was falling into place – work was going well, club volleyball was starting soon, and high school volleyball seemed so promising,” Tonga wrote.

“Eventually they asked if I did an interview, or posted anything about being gay. My answer was yes. Of course I advocate for LGBTQ+ brothers and sisters, especially those struggling with finding a relationship with God.”

Sometime before this meeting, Tonga had been interviewed by a Christian blogger about his faith and his sexual orientation. He later shared the interview to his own socials, and he believes it was this post which triggered the events of his dismissal.

Tonga says he was questioned aggressively about being gay, told he was a danger to the students and the school were putting kids at risk by letting Tonga interact with them.

The administrators also allegedly told Tonga they didn’t believe he was gay, saying: “‘You just need some direction to reach the goal of becoming a child of God.’ As if being Gay disqualifies me of being a child of God.”

After the meeting Tonga says he was given two choices: to denounce being gay or to end his coaching career. Tonga chose the latter.

“I speak out because I have taught my kids (yes these kids are MY KIDS) to embrace who they are and learn to love themselves; to stick up for one another and to stand up against those who harm any of their own.”

“I speak out for once in my life, to show MY KIDS that I too have to live up to the expectations I have set forth for them.”

Tonga had spent eight years coaching volleyball, and was also coaching at the local 303 Volleyball Academy.  Tonga was familiar with many of the Valor students and parents through the academy and didn’t feel his sexuality was a problem. In fact, he says, it was some of the parents who encouraged him to apply at Valor.

After he posted about his ordeal on Facebook, the school released a statement saying:

“In connection with his employment, Coach Inoke signed a statement affirming his alignment with Valor’s beliefs and community standards. Last week, Valor became aware of a Facebook posting by Coach Inoke that suggested he may not support Valor’s beliefs pertaining to sexuality and marriage. Valor’s campus pastor and athletic director initiated a conversation with Coach Inoke to explore this matter further.”

However, Tonga told CBS Denver that the Valor culture document he signed had no mention about stance on LGBTQ+, nor was his sexual orientation ever brought up.

Since his dismissal, Tonga has been inundated with support from his students and their parents. A walkout was organised by Valor student Lucy Sarkissian to protest the schools policies, with over 30 students taking part.

“Reading the statements from Coach Inoke broke my heart, to hear that they called him a danger to the school,” Sarkissian told CBS Denver.

“There’s some concrete changes we would like to see made, and number one is going to be not firing teachers based off of their sexuality.”

“Additionally, we would like to see that students are able to be more open about their sexuality without fear of being reprimanded by the deans.”

Erik Rhee, the Executive Director of 303 Volleyball Academy, also released a statement in support of Tonga. “Our coaches are a colourful representation of the youth we so dearly love. Inoke Tonga, thank you for so bravely reminding us all that our differences should be something that are celebrated, not hidden,” said Rhee.

“And to every youth that walks through our doors,… please know this… You are welcome here just as you are.”

Tonga’s story has garnered much online attention, and he was recently invited to share his ordeal on the Ellen Degeneres show.

Rally call for Samoans in Auckland to get vaccinated