HomeCommunityTongans in Auckland rally together to encourage Covid-19 vaccination 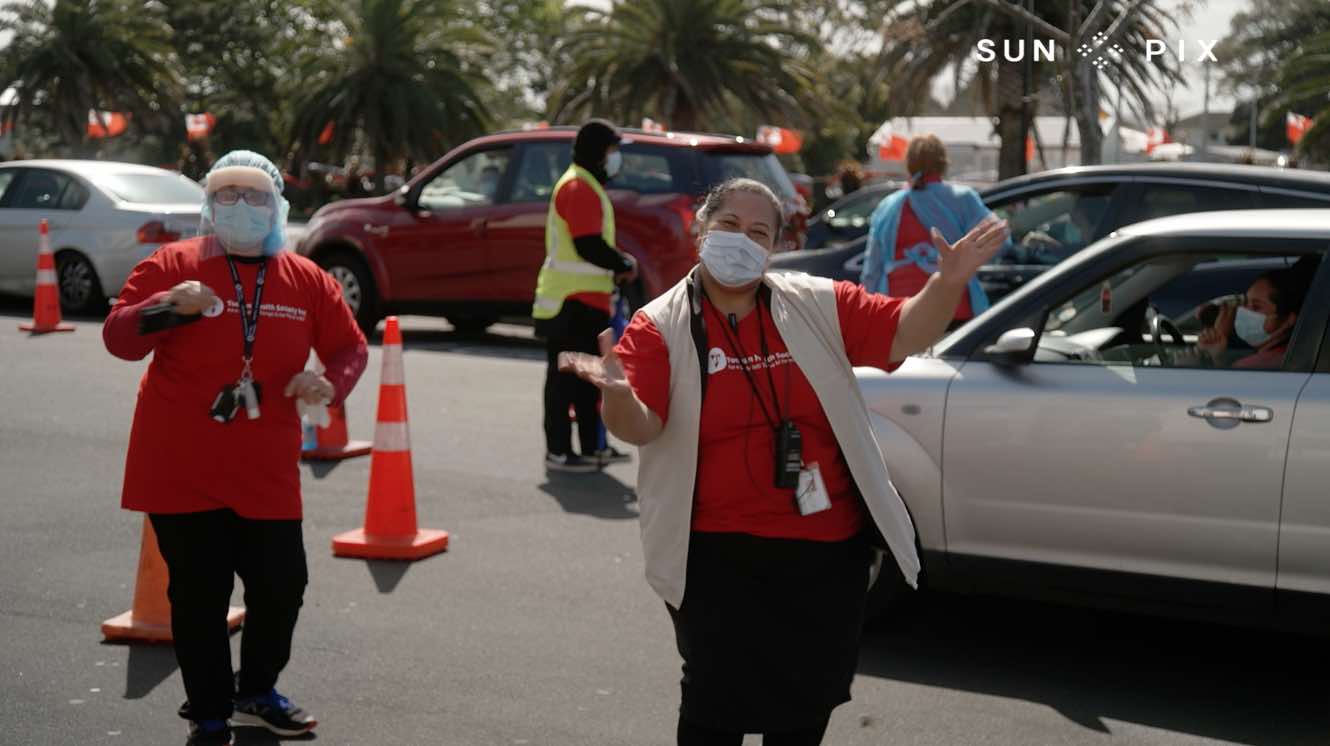 The percentage of Māori and Pasifika people vaccinated against Covid-19 is the lowest in the country. As John Pulu reports, the Tongan community held its own vaccination event to boost the numbers during the annual language week celebration.

The Tongan flag was flying high this week to encourage vaccination against Covid-19.

Tevita Funaki from The Fono teamed up with other Tongan health providers and church leaders to help get the community on board.

“This is a calling from our Tongan community, concerns around the low vaccination for the Tongan [people], and they wanted to create a vaccination drive through event — by Tongan for Tongan,” Funaki says.

The Free Wesleyan Church of Tonga in Māngere was transformed into a kolo Tonga, or Tongan village, so families can come in their vehicles and get their jabs. The organisers named the event Malu’i Ma’a Tonga, or MMT for short, which means to protect Tonga.

Cars lined up even before the gates opened at 8.30am. Of them was a family of four who all came to get their injection. The mother was happy to roll up her sleeve for a great cause.

“This is our first jab for our family today, and it’s great to be here today to get the injection,” she says. 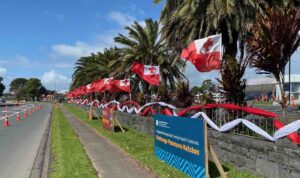 On of her teenage daughters was glad she got it done, because she was of the eligible age.

“It feels good to get it, cos then you know that you will have the chance of not getting the virus,” she says.

The kolo Tonga is a pop-up drive-through centre operating for three days. The goal is to vaccinate 1000 people each day.

Rev Tevita Finau, who is the chair of the Inter-faith Council of Tongan churches, says the church has been very responsive to the invitation to take part in the campaign.

“We need to stand up and join the government and the Ministry of Health and everyone to protect New Zealand, and we are part of that as well,” Finau says.

Another car had a lady who brought another family member to get the jab.

“When we arrived, it wasn’t too busy, and we were happy because the staff are very welcoming. And even though we were worried at first, we are relieved that we were able to get the injection,” she says.

This Pasifika-driven initiative is the first of a series of events to make the vaccination more accessible to the community.

Another proud woman brought her elderly mother to get her jabs, because they felt more comfortable that there was no language barrier.

“I am very happy to see the Tongan people over here help each other,” she says.

The number of Pasifika who have received a first dose of the Pfizer Covid-19 vaccination has increased significantly over the last few weeks. Organisers hope this new approach will cure low vaccination uptake.

‘Ofeina Manuel Barbarich from the Northern Regional Health Coordination Centre is one of the organisers, and she is optimistic the ethnic-specific approach is the way forward.

“They wanted Tongan clinicians, so nurses and doctors at the front line speaking to the community in their mother tongue dressed in their red and white ensembles, and just being able to communicate clearly and, of course, being run out of a place where the community knows,” she says.

Leading up to the event, Tongan health professionals had been promoting the Pfizer vaccination on radio and online to allay fears and push back on social media.

Tongan community leader Melino Maka feels it’s important people get the right information from credible sources so they can make an informed decision.

“There’s a number of stories going around on social media and actually confuses them, but what we’ve been doing in the last few weeks is having Tongan doctors and health specialists to provide the answers to those questions,” Maka says.

One man was hesitant about getting the jab, but he said, “I feel way better now — little bit scared of needles but you know, has to be done aye.”

It’s a small act to help the team of five million.

Tongan GP Dr Malia Funaki from The Fono is reiterating the importance of the vaccination.

“It is very important for our Tongan people to come here and get vaccinated, because we need to protect not only ourselves but also our families and nation,” Funaki says. 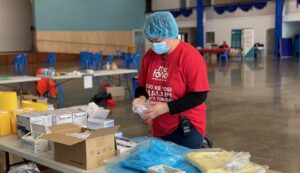 What to expect when entering MIQ facilities – Tonga