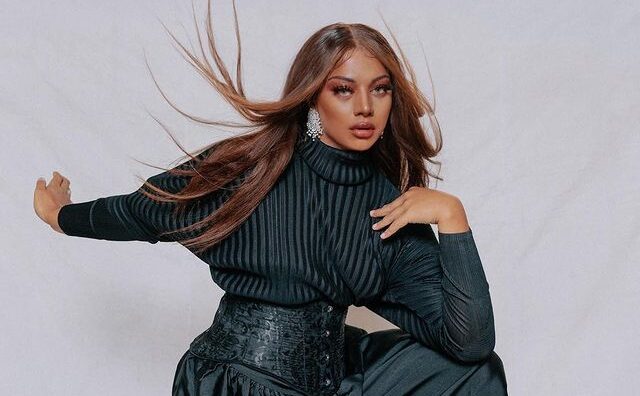 To celebrate Auckland Pride Festival and to pay homage to Auckland’s vogue scene, ballroom collective House of IMAN was featured on the cover of VIVA Magazine earlier this year. It was the first time the publication featured an all-brown queer collective on their cover, and as Artist, Transgender activist and House Mother Jaycee Tanuvasa describes, ‘a win for the Pacific’.

We spoke with Jaycee about this incident and how these actions have devastating consequences for queer communities.

How did you first come across the posts made by West Tigers players Shawn Blore and Michael Chee Kam?

On the 26th of February, I was preparing my 19-year-old Samoan ballroom son to compete in a category for the Coven-Carangi Supreme Vogue Ball 2.0 that was part of this year’s Auckland Pride Festival. During the process of getting him ready his sister had forwarded him the two heartless posts on Instagram.

There was a lot of hard work, love and talent that went into that VIVA cover. What was going through your mind when you first saw the picture Shawn Blore had edited?

For a moment this made us frustrated and angry, but I had to shift the energy in the room and stay strong for my son even though I wanted to cry – we received this while preparing for a night that was meant to celebrate us. This image isn’t just a win for the House of IMAN and queer folk – it’s a win for Pacific Islanders too. To be made fun of for work that contributes to the livelihood of our communities is just a slap in the face.

Racism exists, especially in Australia, and the VIVA cover allows us to be seen, heard and humanised on a national publication that influences the Australian Pacific and rainbow communities. This type of visibility is crucial as we continue to fight for equality as Indigenous and as queer peoples.

Some people look at these pictures and think “it’s a harmless joke”. But actions like these really do enforce trans and homophobic behaviours and endanger the Rainbow community. What are some of the instances in which yourself or other trans women and men have been endangered by these sorts of actions?

Transphobia and homophobia is everyone’s problem even if you identify as cis and straight. Femininity, sensitivity and being emotional for a boy/man is constantly frowned upon because it is compared to being gay. We all often hear people say things like, “stop being gay”, “thats gay” to things that aren’t actual homosexual acts, and straight men can’t even compliment each other without saying “no homo”.

Toxic masculinity is alive and well, and I know men are sick of it but they cannot overcome this without unpacking their own homophobia and transphobia. I’ve learnt through talanoa with Jordan Rivers that men are in misery with the pressures of toxic masculinity. They need support!

Transphobia is exhausting – yes trans lives matter but also trans lives are tired! A lot of cis heterosexual men validate women based off their desirability and what they can offer men. We are often told that we aren’t women because of how we appear and what’s between our legs. Women are more than our body parts and not all women are able to conceive and not all women want children.

There are far too many unreasonable, unobtainable expectations with beauty standards and our roles in this world for cis-women and even more so for trans women. To not be beaten up in the streets, we have to appear as passable as possible, and the same often applies for job interviews. Trans discrimination exists. Women both trans and cis are more than our bodies and our beauty. We have proved that truth many times with the way we have led the world, our families and many movements all whilst dealing with misogyny.

These posts by the Tigers players perpetuate that our lives are a joke and not worthy of love, only mockery and laughter. They influence more violence that we continue to endure every day, and that negatively impacts on the wellbeing of our communities. This also doesn’t make a safe space for players in NRL (mostly men) to feel able to love their authentic selves, for those that are questioning or closeted members of the community too.

At the time of Jaycee’s original tweet on February 27th, the NRL indirectly responded 3 days later with a Twitter post promoting Inclusion Month, a month to ‘[engage] and [empower] everyone to feel welcome in our game’.

I’m happy that they are trying to run these types of events because we know it’s needed, but it feels very “Tick The Box” to me.

It’s also very disrespectful of them to post their Mardi Gras event and not respond to my post, especially as they can clearly see the community is very upset. It reads to me like this event was their attempt at an apology, but the NRL needs to prove that it is really here for the rainbow community.

All Indigenous lives are worthy of love and safety. NRL, Shawn Blore and Michael Chee Kam need to do better, and we deserve action and a public apology.

UPDATE April 21st 2021: Jaycee was in contact with Pride in Sport Australia regarding the incident but has been disappointed by the response she received via Instagram. She has released a statement expressing this and detailing the subsequent online abuse she received in asking for a public apology. The NRL and the West Tigers are yet to speak with Jaycee directly. We’ve also reached out to the West Tigers organisation, Shawn Blore and Michael Chee Kam for comment; they are yet to respond.

Judith Collins keeping a close eye on the current lockdown