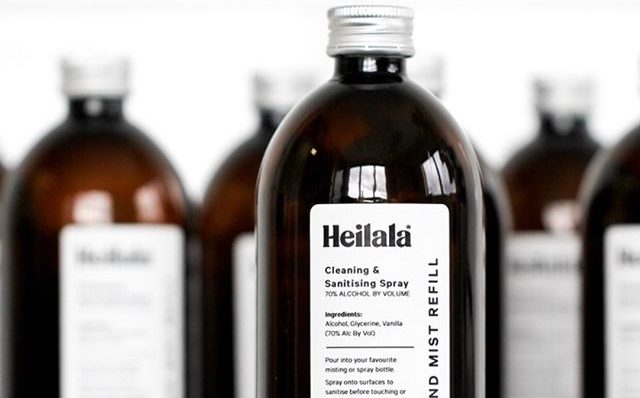 A sumptuous touch to any recipe, Heilala Vanilla, grown and harvested in the Kingdom of Tonga, is the weapon of choice for many world-renown chefs, bakers and baking enthusiasts around the world.

Heilala Vanilla’s founder, John Ross, was gifted a vanilla farm in Vava’u after he and friends from his Rotary Club came to help with the clean up after Cyclone Waka devastated the island.

“As a way to thank John for his efforts, a vanilla farm was established in partnership with the local Latu family to provide employment for those in the village,” says his daughter and co-founder, Jennifer Boggiss.

“On a previous trip to Tonga, John had discovered vanilla orchids running wild and after some research and visits to established vanilla farms in Réunion Island, Tahiti and Madagascar, he got to work planting the crop and subsequently partnered with other growers throughout Tonga to establish vanilla plantations.”

Since 2005, the company has been producing and shipping vanilla products around Aotearoa, the Pacific and abroad. But in the wake of the COVID-19 outbreak, the company decided to switch some of their production and resources over to making hand sanitiser. Boggiss says the need came when their Tongan team asked for masks and hand sanitisers to prepare for the outbreak.

“We then were faced with the lockdown and wanted to be in a position to continue to assist. We quickly realized there was a sanitizer shortage and couldn’t find any product in supermarkets,” says Boggiss.

“Since this realization, we’ve taken advantage of our production capabilities to produce a commercial grade sanitizer, as we had stock on hand of the key ingredients which are also used in the vanilla extract manufacturing process. We realized that we could make this product quickly and get it shipped to Tongan hospitals.”

They reached out to the Ministry of Health in Tonga and arranged for a shipment of hand sanitiser to be sent via sea freight, which Boggiss says is destined for their hospitals.

“Firstly, to Nuku’alofa hospital, followed by Vava’u and Eua’ hospitals. We want to do everything possible to keep Covid-19 out of Tonga to keep the country and communities safe.”

Heilala Vanilla have a built a strong foundation in Vava’u, and their flourishing business has had a positive impact on their grower communities in the islands.

“In 2018, we completed 100 acres of vanilla planting in Tonga, which will enable us to continue to positively impact our grower communities in Tonga into the future. The growth will result in increased employment, particularly of local women in Tonga,” says Boggiss.

“As a result, there is an instilled sense of purpose and pride, which has a powerful effect on their independence, families, economic growth and the well-being of their communities. Heilala has a goal for 200 women to be employed in the Vanilla Industry in Tonga by 2022.”

“We believe the biggest impact we can have is creating a vanilla industry of excellence that provides livelihoods for Tongan farmers and their families.”