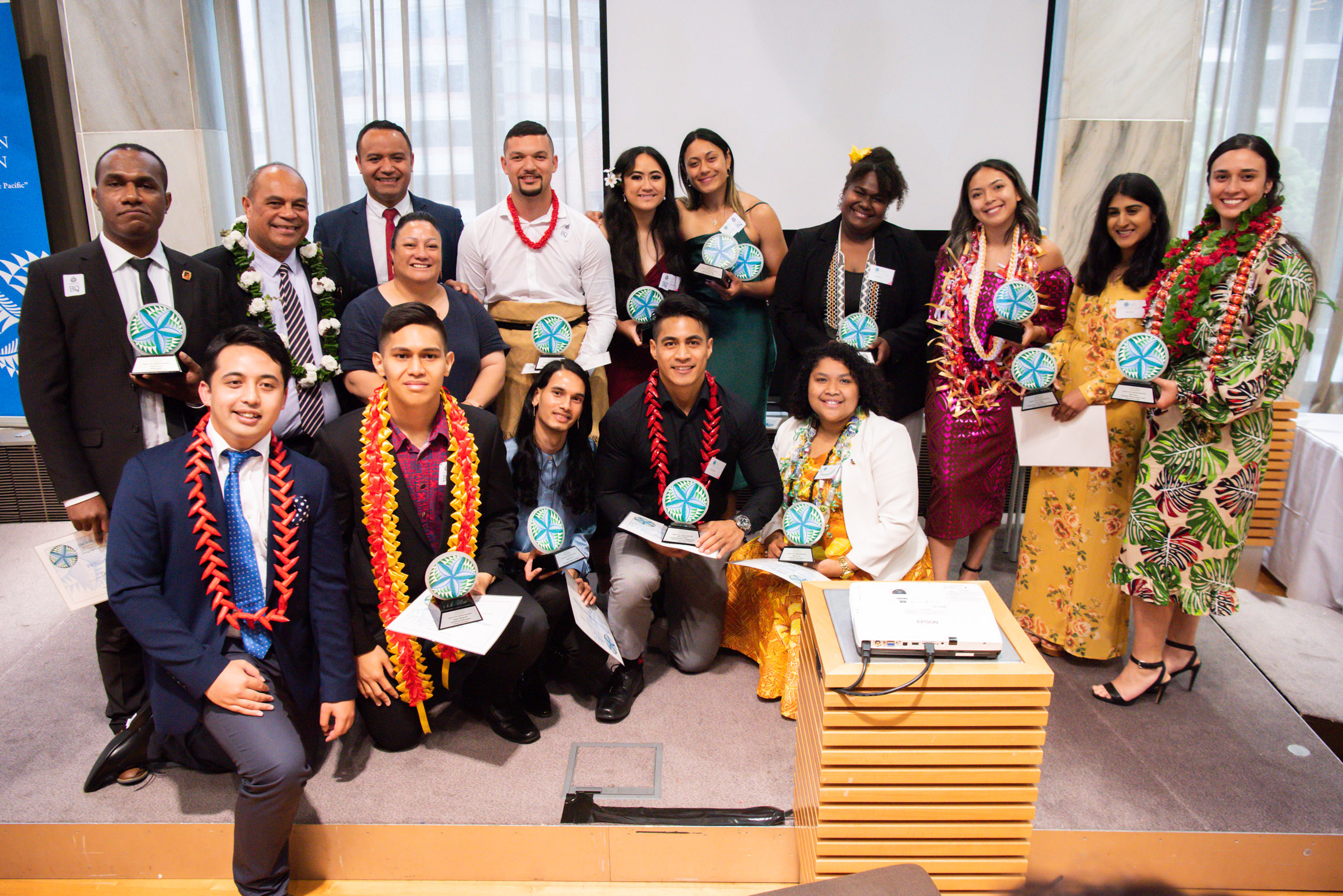 The awards ceremony was hosted by the Hon Aupito William Sio, Minister for Pacific Peoples and Associate Minister of Foreign Affairs.

PCF lead/management consultant Afamasaga Jackie Curry said, “The aim of the PCF Youth Leadership Awards is to encourage and reward service leadership to benefit our communities not just in Aotearoa New Zealand, but also the Pacific region.

“Pacific people are a growing, youthful and diverse population both in New Zealand and in the Pacific region, so these awards acknowledge and encourage the contribution and achievements of our young Pacific emerging leaders as well as their families who support them,” Afamasaga said.

“These exemplary youth leaders have demonstrated excellence in their fields, will in turn use their leadership abilities and skills to help give back to their communities and assist in tackling the many complex issues and challenges being faced in the Pacific region, especially in light of the effects of Covid on regional economies.

“There are ten award official award categories in total, with five awards specially set aside for Pacific students from the Pacific region studying in New Zealand, which is the special point of difference about Pacific Cooperation Foundation’s Pacific Youth Leadership Awards.

The awards bring greater awareness and appreciation by the people and communities of the Pacific Islands and New Zealand, of their shared Pacific identify, history and culture, as well as a shared destiny,” Afamasaga said.

The 10 official award categories and winners are: