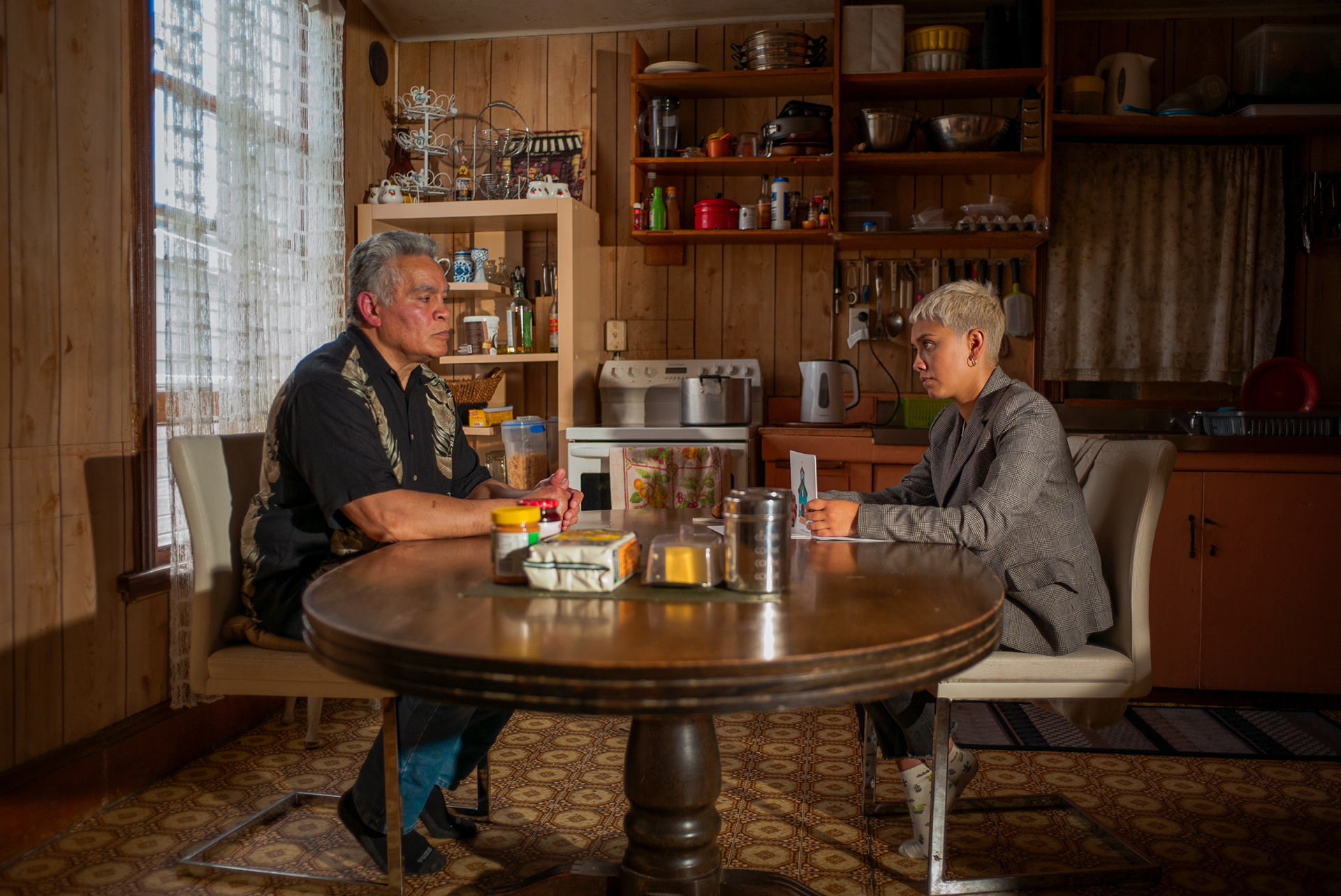 Her acting prowess has been immortalised in local productions such as Filthy Rich, Baby Mama’s Club, My Friend Michael Jones and Netflix’s The New Legends of Monkey. Now Kiwi-Tongan actor Luciane Buchanan is set to play a speech therapist detached from her Tongan heritage in her upcoming short film Lea Tupu’anga/Mother Tongue – a script which she wrote herself.

“I think with writing it was more of a necessity for me, because I was doing all these other projects that are cool but they don’t really speak to my soul,” says Buchanan.

“I feel like there are so many other stories that I want to tell that are more important. I mean, how often do you see Tongan films out there, made by Tongans? It’s very rare.”

In Lea Tupu’anga, Buchanan’s character lies about her Tongan language abilities to obtain a job. When the lie comes to light, she must find a way to communicate or risk her patient’s life.

Buchanan imbued much of her own experiences into the story and her character. “It wasn’t until I got into my early 20s that I realised I couldn’t speak to my Grandma. It was really sad and really hard.”

“We grew up in Herne Bay, cos my Grandma still lived there. Mum was always busy working – she’s a crazy worker – so she didn’t really teach us as kids,” she says.

“It was just not a thing that was at the forefront. We would do Tongan dance but it was just a thing on the side, it wasn’t something that we always did.”

But it was a monologue assignment for a university drama class which became Buchanan’s turning point.

Buchanan says, “I was caricatures of both of my sides, so I was ‘Lucy-anne’ and ‘Luciane’ on the other side. The stage was my insecurity, and the only way to get out of my insecurity was to choose who I was gonna be.”

“At the end I did a tau’olunga and I was purposefully robotic with my movements because it didn’t feel right and that’s when I’m trying to make a decision. As I was doing it, I was crying cos in the end I made a decision that I don’t make a choice – I’m blessed to have both.”

Documentary Filmmaker Vea Mafile’o will direct Lea Tupu’anga, which marks her first time to direct a drama piece. Having worked with Mafile’o on a number of productions, she says Vea was “the perfect person to tell this story”.

“Vea’s got a similar story as well, you know from [For My Father’s Kingdom]. She had that disconnection in her own journey. I didn’t have to explain to her a lot of things about the story. She got it.”

“Trying to find another Tongan actor in their 20s, we only had three options. And we looked through everything and then we thought, ‘Are we gonna have to do a street casting?’” she wondered.

Fortunately for them, Falesiu was signed to the same agency as Buchanan. “We auditioned him and when he said the lines out for the first time, I was meant to be reading with him but I was shocked. It was so weird hearing him say the lines we’d struggled to put together for so many years.”

“I hadn’t seen him in a meaty role. He kind of represents the NZ-born Tongan in our story who has maybe 50% in the language. He’s not completely fluent but can string sentences together and can understand Tongan. I wanted to show the levels of literacy,” she says.

Fresh from his Brutal Lives /Mo’ui Faingata’a role, actor and stuntman Albert Rounds Heimuli will also be acting alongside Buchanan for the short film.

“The role that he’s gonna play is really intense. We’re really close in real life and he’s gonna have to hate me,” she laughs.

“He’s gotta be this grumpy old man who’s at the end of his life. [His character has] this condition called bilingual aphasia. He’s got a brain tumour, so he’s lost his ability to be bilingual, so he’s just reverted back to Tongan.”

Heimuli’s role was partially inspired by Buchanan’s grandmother. “I know with my Grandma who doesn’t speak English, when she’s at hospitals the way the doctors talk to her is terrible. I kind of took inspiration from her medical journey and just the way that people would interact.”

The film is set to begin production in November this year.

“I think the coolest thing about this project is that at first it was kind of for myself, I just wanted to write something I could play. And then now it’s kind of cool giving other Tongan actors an opportunity.”

Buchanan and the team are currently hosting a Boosted campaign to raise funds for the production of Lea Tupu’anga. While their initial target has been met, the team recently announced a ‘stretch goal’ on the Boosted website.

“Because of the current state of the world, many larger international productions have relocated to shoot in New Zealand, and while that is a great thing for our industry, it has placed a much higher demand on the equipment and crew we need to make our film, so having more funds in place to secure these resources will be vital.”

The stretch goal represents the extra funds the team will need “to ensure we can make this film in the COVID-era at an international quality.”