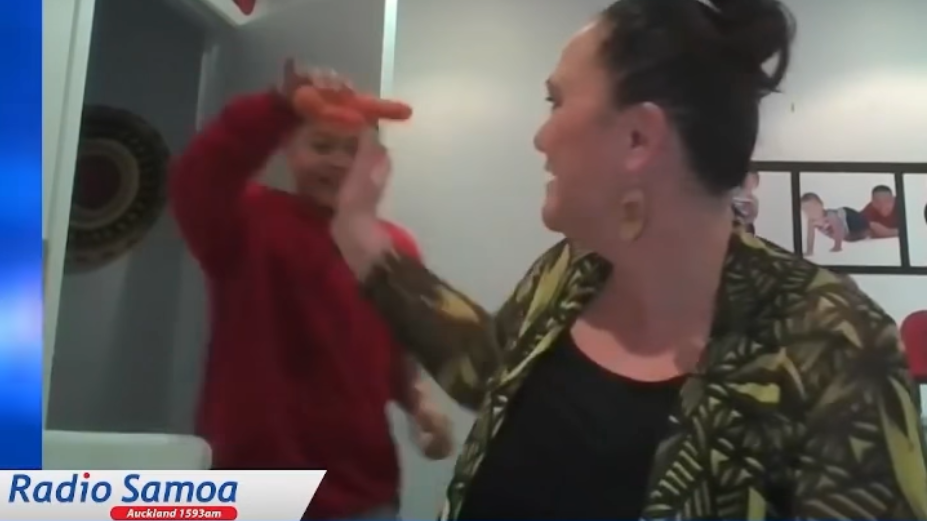 It was just an average day in the home office for Minister of Social Development Carmel Sepuloni. That is, until her son decided to liven up her work day.

The Minister was in the midst of a live Zoom interview with Radio Samoa when her son burst into the room to show off a rather large carrot, which was phallic in shape.

A small wrestling match ensued, with Sepuloni attempting to hide the carrot from view. The interviewer can be heard giggling in the background before conveniently cutting to the ‘Thanks for Watching’ slide.

Sepuloni later posted the comedic moment to her social media platforms. “Yes, we were almost wrestling over a carrot on camera, and yes, I’m laughing about it now but wasn’t obviously at the time!”

“A big ups to all our parents working from home and parenting at the same time — I see you!

Sepuloni then made a note to “never buy the odd shaped carrot pack again”.

Watch the full video below:

Everyone is entitled to a vaccination – regardless

Pacific people need to take the opportunity to get vaccinated