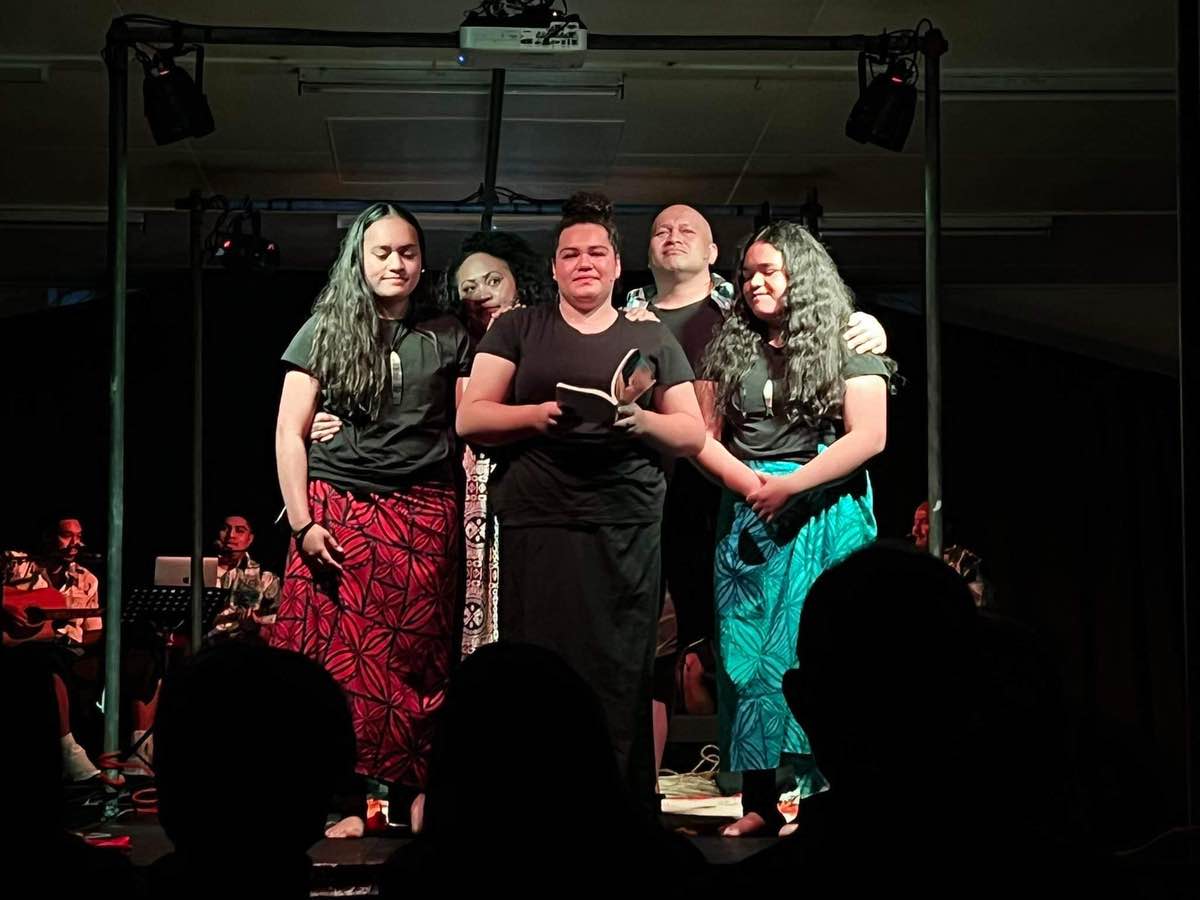 Dunedin Fringe play to run in Auckland later this year

Auckland audiences will get a chance to view first-time playwright Faumuina Felolini Maria Tafuna’i’s creation ‘My Grandfather is a Canoe’ later this year.

The play debuted to positive reviews at the Dunedin Fringe Festival last month and managed to pick up the festival’s Auckland Fringe Touring Award.

Adapted from Tafuna’i’s book of poetry of the same name, audiences in Dunedin were treated to a performance of Pacific cultures, voyaging and long distant love.

“We tried to give the community an immersive experience with the music, the colours and vibrancy of the Pacific,” Tafuna’i says.

And that experience led to many interactions with the audience including one moment which left an impression.

“Someone’s grandmother in the audience shouted out in a specific scene in the play,” Tafuna’i says.

“As the waka sails away one of the characters shouts, ‘look after my kids’, the old nana couldn’t contain herself and replied to the character on stage, ‘don’t worry, I will!’”

And the surprises kept coming throughout the show with many in the audience moved to tears with some of the dramatisations with spontaneous clapping breaking out in the middle of the show.

But at the end of the night, the Christchurch-based playwright’s measurement for success was not just about how much money the show earned or the critical response but also, the impact it was able to make on her Pasifika community.

“The audience was largely Pacific and Māori people, selling out shows,” she says.

“We felt blessed and honoured because that’s what success looks like for us. Seeing our pacific people, our community filling our seats.”

And Tafuna’i also emphasised the importance of young Pasifika people getting an opportunity to see themselves represented on stage.

For winning the Dunedin Fringe Touring Award, the production gets $1000 and free registration and support to deliver the play at Auckland Fringe in September. This will top off a five-day season at Christchurch’s Little Andromeda in July.

“I can’t express what it means having won an award but also winning the award as a family,” Tafuna’i says.

“The award has given us another port for our waka to visit and share our stories, celebrate our ancestors, our artistry and connections.”