HomeEntertainmentGrew up singing in South Auckland, now singing with The Met 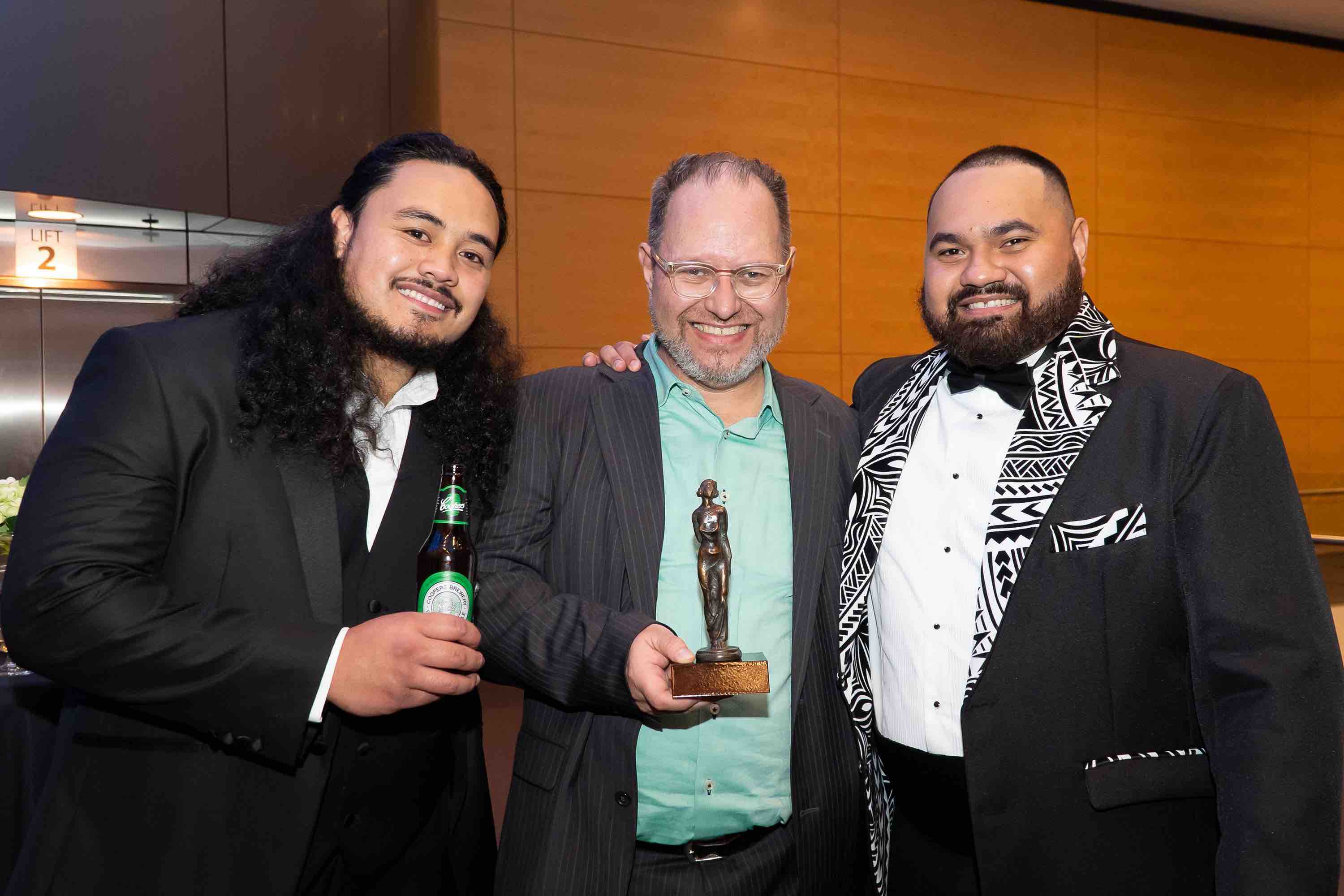 Samson and Manase were offered their places ahead of thousands of applications, are the first New Zealand and the first Pasifika singers to participate in the world-renowned programme. While they were due to be in New York in August, pandemic travel restrictions have meant they started their classes in early September, by Zoom.

The pair are members of the quartet, The Shades, with Ipu Laga’aia (Samoa) and Taka Vuni (Tonga), who have dazzled, moved and delighted audiences throughout the country with performances that combine theatre with opera, gospel and popular music, and a sense of humour.

While Manase learned he been accepted onto the programme earlier this year, Samson only learned of his success in July, just as he had concluded that he hadn’t been accepted and had decided to become a plumber. “The pandemic had made me reflect on my future, and was just about to enrol in plumber’s apprenticeship when they [the Met] emailed me to ask me if was still interested,” says Samson.

They are of course, more than excited, and to be going together as ‘brothers’. “The fellowship is an opportunity for young singers to work with the world’s most recognised conductors and singers at the Metropolitan Opera, an opportunity we wouldn’t normally not have if we were elsewhere,” says Manase. “So it’s a chance to develop as opera singers, with the world’s best opera singers.”

They say none of this would have happened if it weren’t for Circle100, a group of patrons who award an annual scholarship to young New Zealand singers. Last year Circle100 patron and acclaimed NZ tenor Simon O’Neill invited the then director of the Lindemann programme, Sophie Joyce, to hear 14 of our finest voices audition for the scholarship.

“We had very good feedback from her and she said she would like to link up with us in the future, but I thought she was just being nice,” says Manase.

They were both awarded a Circle100 scholarship which enabled them to travel to London, to study at the Royal College of Music as Kiri Scholars. While they were there, last year, they were both invited to go to New York to audition for the young artist program at the Metropolitan Opera.

“We were very shocked and didn’t know what to say,” says Manase. “But we thought, you know what, let’s go to New York and sing for them and we did and one thing led to another and well, we’re both heading off the Met!”

Both agree that the world of opera present challenges, including to be a brown face in that which has traditionally been a very European culture. “We know what has been going on with coloured people in the States, the history behind the Black Lives Matter movement, however, we will continue to pursue this opportunity,” agrees Samson. “But it’s a challenge that we know we might face, and nothing worth having comes easy.”

Both grew up in South Auckland, and in an environment where music was a big part of their lives, at church, at Sunday school, at community gatherings.

Dr Te Oti Rakena, their voice teacher at the School of Music agrees that some cultures sustain and encourage singing, but to become an opera singer, and of a standard needed to be accepted into the Metropolitan Opera, has required tenacity, discipline and determination.

“Manase came to me at 16, very young for a classical singer. He had excellent prior vocal in training in school and was a high school adjunct member of the Auckland University Chamber Choir. His voice was a young instrument, still growing and developing, but with an easy natural production and a beautiful free quality. What stood out to me was that he understood instinctively what to do with a musical phrase, how to imbue the text he was singing with meaning and expressiveness.

“Samson came to me later. The voice, the instrument, was stunning. Rodney McCann, one of New Zealand’s more renowned baritones and a close confidant of Dame Kiri Te Kanawa, described it as perhaps one of the most impressive baritone voices New Zealand has ever produced. That and natural X-factor all combine to make his performances memorable.”

As their teacher, he was also struck by their willingness and openness to learning new information and to try new strategies for improving their singing. “They were both very resilient, a rare and important attribute. If something didn’t work they would just shrug their shoulders and try again. No drama.”

He agrees that the communities that still value singing tend to produce great singers, in the Pacific Island communities and around the world, yet there are also challenges to negotiating a colonial space in which you may be “the only brown person in the room”.

The Met is paying attention to the need for diversity. “Like most arts organisations, there’s a growing recognition of the need to engage and be inclusive. How this actually manifests will be interesting, but as headlined in many media outlets, and espoused by singers of colour, opera can no longer ignore its race problem.”

The University of Auckland

Labour to make Matariki a public holiday from 2022