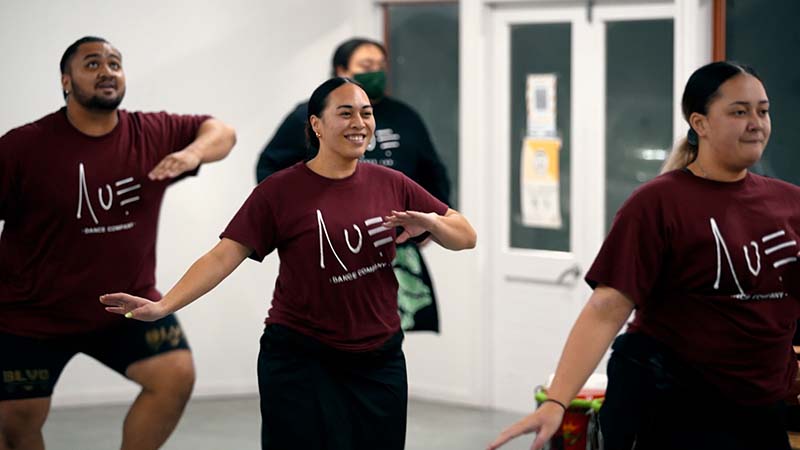 Kapa Nui is a competition that was celebrated in Rarotonga during the nineties. The inaugural New Zealand version will feature seven established dance groups going head to head in Manukau next weekend.

Kapa Nui Festival Director Duane Wichman-Evans says these groups would usually perform at events every week, but this type of competition will be a new experience for them.

“The great thing about these groups is that they’re not all from one enua or one vaka, they’re from many, so they’ve come together to compete against each other which is a new experience for them.”

Groups will perform two numbers, each with an exciting twist. They will need to fuse kapa rima (action song) and ute (traditional song) together for one number, and ura pau and pe’e in the other.

Aside from bragging rights, there’s also a huge prize pool up for grabs. “There are over thirty five thousand dollars worth of prizes to win, this is fantastic,” added Wichman-Evans.

The AUE Dance Company is renowned for contemporary flair and cultural fusion, something founder Vivian Hosking-Aue is promising the audience will enjoy.

“We do a whole lot of fusion already, we fuse Samoan Siva, Cook Islands dancing, and we create a new modern lens or perspective in our arts and so you’ll definitely see some new choreography,” says Hosking-Aue.

In recognition of Cook Islands Language Week, AUE are also proud to share their culture with members of the group who are Samoan, Tongan and Māori.

“It’s amazing to see these different Pacific Islanders coming in and learning and embracing our reo and then pronouncing the words, I’m just so proud.”

“I can’t wait for the audience and our community to actually see these different Pacific Islanders just be on stage and represent who they are as well,” Hosking-Aue added.

Tama’aru Dance Group will also be competing in Kapa Nui Aotearoa. Founder Ben Samuel says a challenge has been choosing the right mix of people to perform on stage.

”It’s been a rollercoaster again because you’ve got to also select the drummers, performers, singers and it’s quite sad that we have to cut it down to the requirements,” says Samuel.

Tama’aru member Kristy Morgan is back dancing after giving birth to her second child in September last year. With a background in professional dance as a member of MBrace Pacific Dance group, she is hoping to inspire other mothers.

“I hope that it can inspire other mothers who have had children to continue to dance if that’s their passion,” says Morgan.

In terms of our body, I think there has been a lot of influence from colonisation and tourism on what an ideal Cook Islands female dancer should look like, but I know traditionally that’s not what our culture was, everyone can dance no matter what your body looks like,” Morgan added.