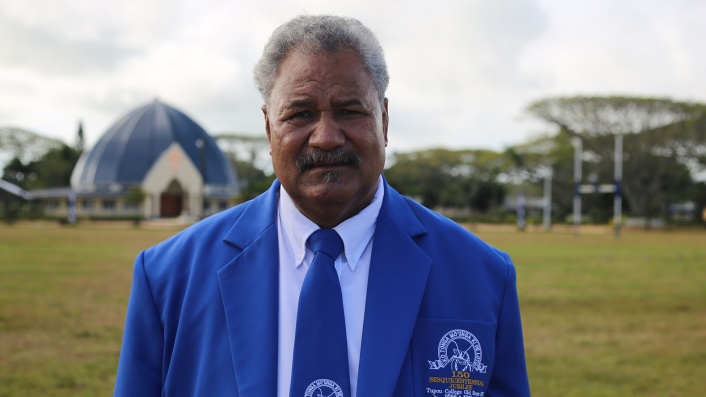 ‘For My Father’s Kingdom’ to tour USA

Capturing audiences’ hearts last year in Aotearoa New Zealand, the award-winning Pacific documentary feature film ‘For My Father’s Kingdom’ will move hearts and minds once again, this time in the USA. The USA tour has been a long-time coming for Tongan filmmaker Vea Mafile’o, and Pacific Cooperation Foundation will be lending its support by enabling the film’s message to connect with Pacific diaspora throughout the United States.

For My Father’s Kingdom, a Mālosi Pictures film directed by Vea Mafile’o (Tongoleleka, Ha’apai) and Samoan Nanai Jeremiah Tauamiti (Falelātai, Tuana’i) is a film that follows Vea’s father, Saia Mafile’o. Throughout his life, Saia devotes himself to his church and his cultural obligations which his adult children have struggled to understand.

Vea Mafile’o says the although the film examines her father’s unwavering love for his home country, Tonga, the documentary is a universal story that all viewers can identify with.

“This movie really shows the different issues that a lot of our Pacific people face, be it cultural identity, generational disconnection, sacrifice, faith, family and the challenges we face as the diaspora and the children of the diaspora.”

“It will take you on an emotional rollercoaster but ultimately this is a story about a family and unconditional love.”

The idea to bring the film to the USA tour started in November 2019 following an exclusive screening for US-based Tongan Methodist Ministers and community leaders, former classmates of Saia that recognised the film creates an opportunity to bring people closer together.

“The film doesn’t have all the answers, but it provides a space and gives permission for hard tricky things to be talked about. It covers a number of themes but our main take away would be that communication is key, take down the barriers, make real connections, young and old but always come from a place of love.”

PCF CEO Don Mann hopes For My Father’s Kingdom will encourage a generation of Pacific filmmakers to create and produce their own stories.

“In New Zealand alone, the screen industry contributes over $1 billion annually to our GDP. As natural story tellers, there is a real opportunity for Pacific filmmakers to have a meaningful place in the global creative sector.”

For My Father’s Kingdom was funded by the New Zealand Film Commission and is distributed by Rialto Distribution.