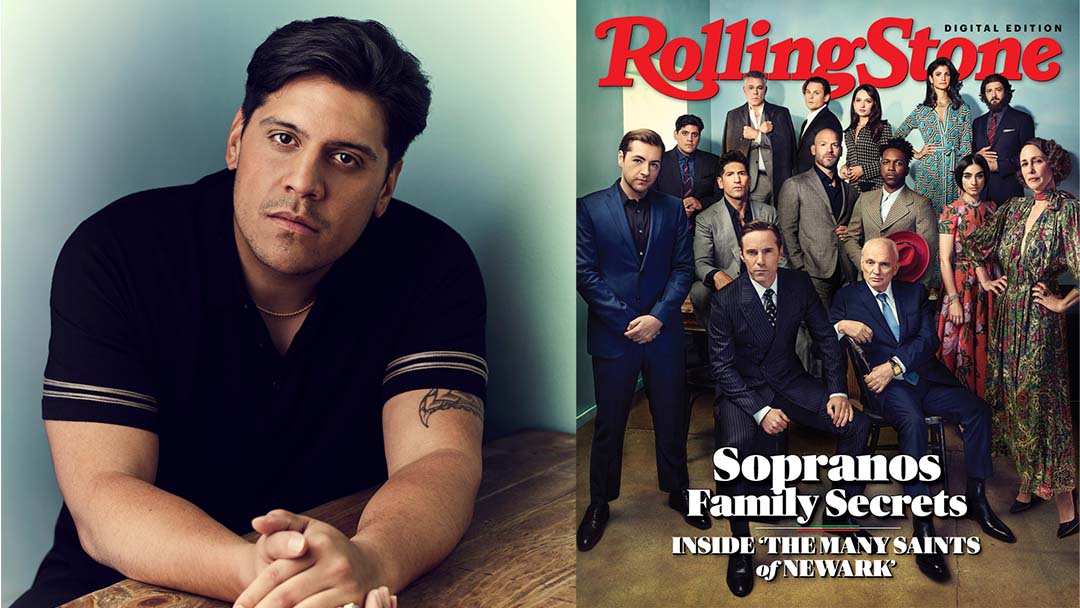 With two or three roles in his back pocket, Tongan-Italian actor Samson Moeakiola had just begun his acting career.

But with the US release of The Many Saints of Newark, the highly anticipated prequel to the hit show The Sopranos, movie goers will see Moeakiola take on the younger version of  Salvatore ‘Big Pussy’ Bonpensiaro.

“When I get a breakdown to audition or self-tape, I always look at who’s directing, who’s producing, the writers,” Moeakiola explains.

“I saw Alan Taylor (director), then I saw David Chase (Sopranos writer) and I was like, ‘Oh man, this is a Sopranos prequel.’ And my manager was like, ‘Yeah.'”

Moeakiola said he rehearsed with a friend, who promptly told him he sounded like “Biggie Smalls”. After watching the pilot for The Sopranos, Moeakiola practised the accent some more, then went to audition the very next day.

“Ten days later they hit up my manager and they said, ‘Hey, you’re our guy.’ We did the contract and everything, and then they were like, ‘Oh, so here’s your NDA; you’re playing a young version of Big Pussy.'”

Vincent Pastore, the actor who brought Big Pussy to life on the small screen, even helped him prepare for the role.

Moeakiola told Rolling Stone he attended Pastore’s acting class, where Pastore tried “to throw everyone off the scent of me playing the younger version of him” by explaining Moeakiola was his nephew.

Pastore also recorded all of young Pussy’s dialogue, which Moeakiola would listen to before filming each day.

“Everybody else around me already had big resumes, and this was my first job,” he says. “So without his support, I would have felt really insecure.”

Actor/comedian Joey Diaz (The Longest Yard, Spider Man 2), who is playing a yet unidentified role in the prequel, was full of praise for the young actor.

“Everyone needs a push once in awhile,” Diaz told listeners on his podcast Uncle Joey’s Joint.

“[Samson’s] enthusiasm was f*cking contagious. And I could tell his enthusiasm was rolling over on other people, because we were all talking between scenes. He was just a great kid. The thing that made it more special was how young he was.”

“His work ethic inspired me. I went back to the hotel room after I had worked with him on the second day, and I’m like, ‘F*ck, I gotta pick up the pace a little bit.'”

The Many Saints of Newark will open in NZ Cinemas November 4.

Watch the trailer below:

Vaccinations to be more accessible to Pacific communities with ‘Busifika Vax’

New book explores what it means to be a tama Samoa