HomeEntertainmentMUSIC WRAP: check out these tracks from our Pasifika artists 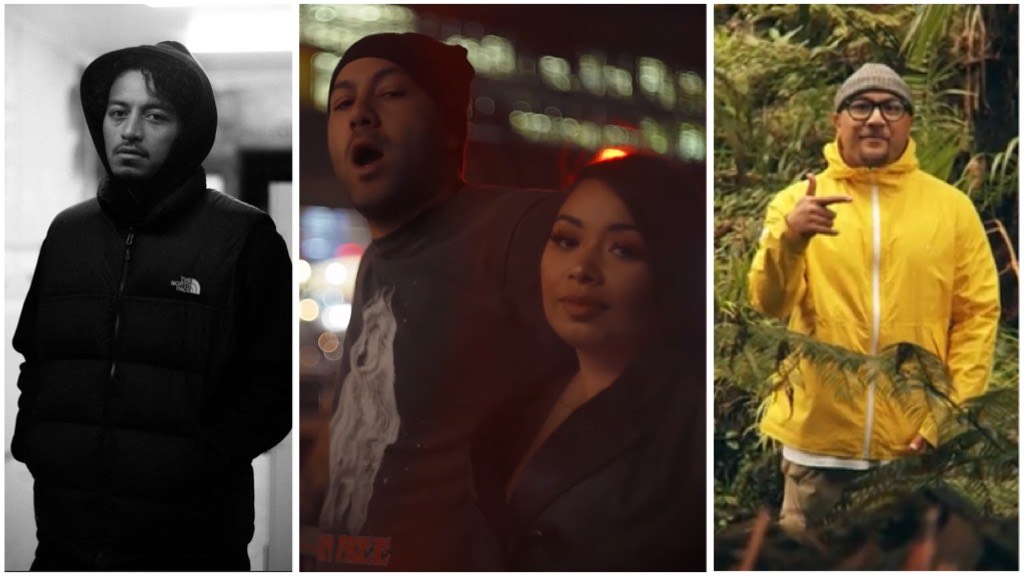 Entertainment
By TP+
Our Pacific artists have been flexing their creative muscles in recent months. We’ve rounded up some of our favourite tracks released over the past few moons. Check out this list of songs from our Pasifika artists:
DIGGY DUPÉ – CT & T

From his highly anticipated album That’s Me, That’s Team, CT&T is one of those earworms that stay with you long after it’s finished. Not because of its catchy tune or hard-hitting hook; there’s just no denying that Diggy Dupé is a gifted storyteller. With a keen eye for observation, Diggy raps about anything from his Niuean heritage to racial profiling and gentrification. He masterfully weaves his own memories and experiences into CT&T to highlight one of many issues that continue to plague our Pasifika communities – gambling.

Short for ‘Cuppa Tea and Toast’, the song’s hook is a glaring reality for many homes affected by gambling issues, where tea and toast feed hungry mouths for months on end as weekly wages are emptied into pokie machines. With a haunting, melodic opening, Diggy sets the scene with these unflinchingly honest words: My nana busing every morning  / Head to the casino / Yeah  spending her pension on the pokies  / Bet on bingo. To help highlight the damage of gambling addiction, the Central Auckland rap artist worked closely with Mapu Maia, a gambling addiction organisation with a free, confidential phone line where people can speak to counsellors in their own language. Click here to read the full lyrics.

With an unmistakable EDY beat and steamy effortless vocals, Mikey Mayz and female Māori rapper Krisy Erin can do no wrong with their newest single Bounce. A fresh and playful track that’s sure to take you out of your 9-5 weekday slumber, BOUNCE is only a taste of what Mayz and Erin are set to serve. Collaborating on their up-and-coming HYPE EP, the pair have worked hard to deliver a body of work that’s fun, dance-worthy, sultry and catchy – all the elements needed to make their songs perfect staples for airplay or the club scene. As we impatiently wait in heightened suspense for the launch of HYPE, check out the official music video to BOUNCE below:

An easy reggae sound with lashings of harmonies and a catchy hook – this has become a signature staple for Tongan artist Swiss, and it’s clearly a formula that works. An ode for all the staunch boys who’ve been transformed by true love, Tellme is a great example of Swiss’ vulnerability and openness which the singer/songwriter is willing to infuse into his storytelling:  I used to take pride in myself never falling in love too fast / till you came along everything I stood for / just went out the window. The addition of Lion Rezz’s rap-sing verse plays with the melody in a way which elevates Tellme into a fun and lively jam. This is the first release from Swiss’ brand new EP 2.0, available to stream and download on all major music platforms.

Poly Reggae princess Tenelle teams up with living legend Spawnbreezie for Island King, an uplifting and loving ode to Brown love. While colonisation has distorted the way some of us view our own Pacific men and women, particularly when seeking potential partners, Island King brings these issues to the fore, imploring us to remove those ‘colonial-tinted’ glasses and learn to love and uplift Pasifika people. Filmed in Samoa at some of Apia’s famous landmarks (Fugalei Market, Apia Town Clock Tower), the video makes for some nostalgic viewing, paying homage to both Tenelle and Spawnbreezie’s Samoan roots. Watch till the very end for a pleasant surprise!

Born blue (literally) with the umbilical cord wrapped around his neck, Blue not only became Blueboy’s family nickname but the MC moniker he uses today. Hailing from the shores of Australia, Blueboy has slowly carved a name for himself in Australia’s hip hop scene as a talented and passionate lyricist with vocals that are just as impressive. His track Grateful was recently featured on Triple J’s Unearthed and has spawned numerous reaction videos on YouTube and featured in many Instagram stories. But while the popularity of the song has grown amongst hip hop lovers, it’s the story behind the song which has endeared many listeners to him. Written to honour the memory of his girlfriend who passed away in a tragic accident, Grateful was released on what would have been her 21st birthday: But I don’t think you understand how over it that I am /  but I just got to soldier on even though you’re gone for my fam / but I can say that I’m still grateful and I’ll stay faithful / I promise one day I’m goin’ meet you at the gates. Listen to Grateful below:

As the first chords pour forth and the stirring vocals of Louis Baker flow over images of lush green earth and striking waterways, you come to realise that Dragon Fruit is not just a perfect aural experience, but a soulful one too. The latest offering from New Zealand’s most underestimated 3-piece, Team Dynamite are a talented musical force that have yet to receive the props they deserve. MCs Lucky Lance and Tony Tz lay their lyrical and introspective rhymes atop a Haz Beats-produced signature of rich, mellow instrumentation and understated beats. Capped with Baker’s trademark croon, Dragon Fruit isn’t just airplay fodder, it’s a song for the mind, heart and soul.