HomeArts & MusicMusicians and fans mourn the loss of Laga Savea 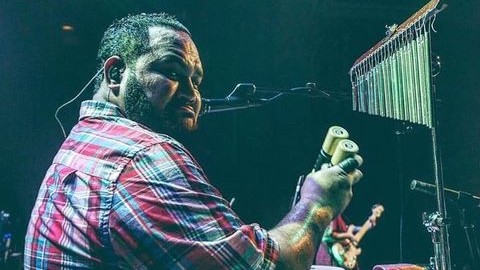 With hits like ‘Take Me Away’, ‘Pretty Lady’ and ‘Nanakuli’, Laga Savea was a household name for fans of Poly roots/reggae music.

Today it was announced the Hawaiian musician had passed away, and tributes have begun to flow online honouring the singer, songwriter and musician.

A proud son from Nanakuli, Hawaii, Savea got his musical start as the drummer for the group Hot Rain. He worked alongside artists such as Kiwini Vaitai and Siaosi and had opened for Fiji, Arrested Development and Yellow Man.

In 2007 he released ‘Roots Satisfaction’, an album which brought him much acclaim and saw him collaborate with one of his musical inspirations, singer/songwriter Fiji.

Fiji took to Instagram to share his grief, “I have & will always embrace you forever in my heart like my own flesh & blood go in power my beloved uso Laga Savea #forever #gamechanger.”

Other artists and fans have also paid tribute online:

Rest In Peace to the most genuine soul. One of the most talented guys I knew. Love you forever lags! 😭❤️ #lagasavea pic.twitter.com/CjMqRxyeis

One of my heroes

So many tracks are missing from Spotify, but here is 3+ of Laga Savea. See you in paradise King! 🙏🏼✝️🕊https://t.co/0qSN2XDz5i pic.twitter.com/n4h4DHlfGh

Laga Savea released his harmonious album entitled “Roots Satisfaction” in ‘07 and continued his career as a producer / songwriter working with almost every staple in the island music industry.

your influence will be heard and felt in our music for years to come toko, R.I.P💔 pic.twitter.com/dtzD66awdC