Dwayne “The Rock” Johnson took to social media today to introduce the cast of his new NBC show Young Rock, a comedy series based on his childhood and formative years.

Announcing the cast via Facebook, Johnson says, “This passion project is special and I’m boundless grateful to EVERYONE who is lending their talents, passion, love and mana to bring it to life.” 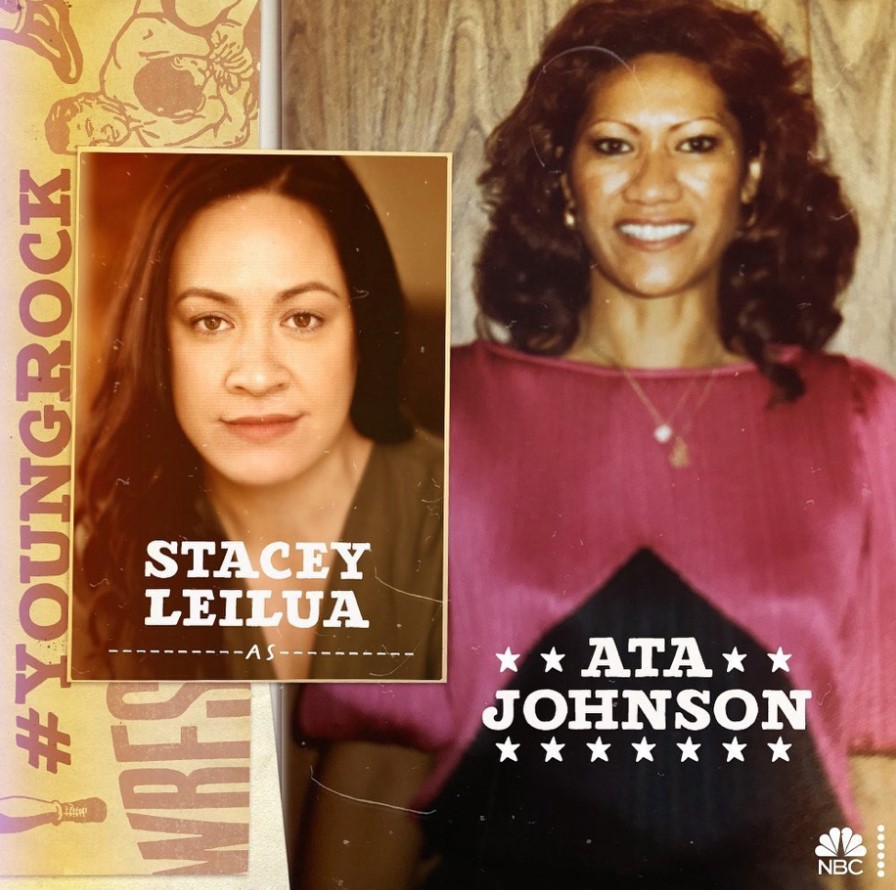 Fresh from her role as Jasmine in the online series Brutal Lives – Mo’ui Faingata’a, Samoan-Māori actor Stacey Leilua has been cast as Johnson’s mother, Ata. Described as “talented and lovely”, Leilua said she was “beyond honoured and proud to be playing the magnificent Ata Johnson, beautifully vibrant and strong Samoan Woman and Mother.”

Leilua will bring to life Ata’s inspirational journey, which Johnson says many of his followers are familiar with, “Cancer survivor, gone thru hell and back, incredible life and still the sweetest human being on the planet. And still goes to smack me when I cuss.”

Samoan actor Ana Tuisila will portray Johnson’s grandmother Lia Maivia. Her recent performance in the short film Liliu was lauded by local and international film critics and earned her a nomination for Best Actor at the NZ Short Film Awards.

As the first female promoter in pro wrestling, Johnson says Maivia, “HAD TO BE tough as nails in a male dominated, shark infested world of wrestling. She set the bar for tough business practices and also set the bar for how loving a sweet grandma could be to her only grandson – me.” 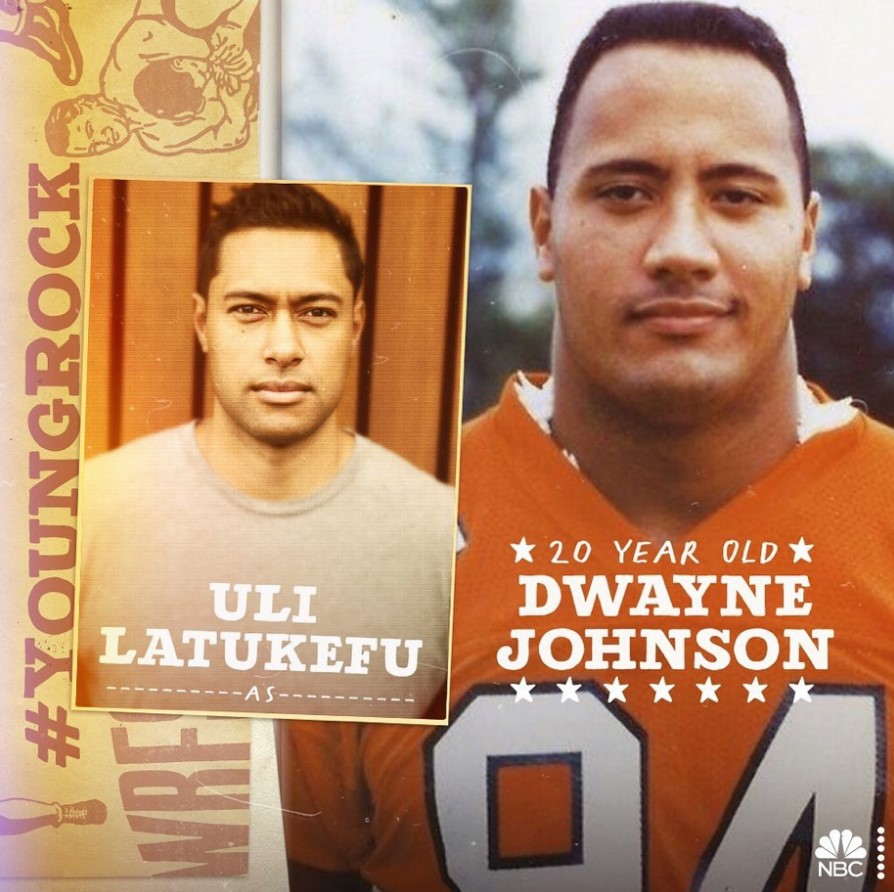 Portraying his football years at the University of Miami is The Legend of Baron To’a star Uli Latukefu, who also shared the casting news with his followers via Facebook. “So excited, proud and ready for some fun!”

“This ones for the dreamers. Trust, when God says He has plans for you, He really, really means it.

Johnson says his years playing football at the University were some of his “most defining”.

“The highs are incredible, but the lows were critical. 275lbs of upper body violence, attitude and clearly eating too much pizza.”

While their roles have not yet been announced, actors John Tui and Fasitua Amosa are also confirmed to join the cast. Production of Young Rock has already commenced. Johnson is yet to reveal when the show will go to air.