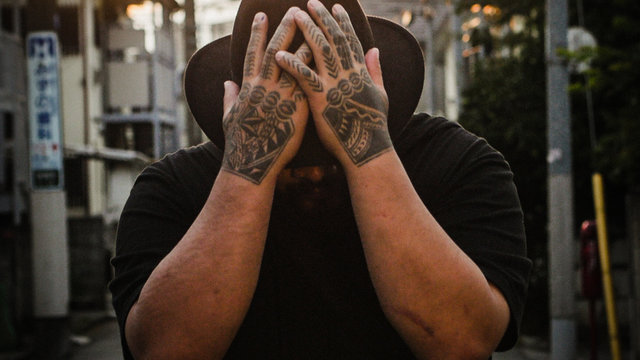 Whānau Mārama: New Zealand International Film Festival 2020 kicks off today, and for the first time you can watch any films online from the comfort of home. We’ve put together a list of Pasifika films in the programme to bookmark.

Emily, written and directed by Mark Papalii, is one of seven films in the collection. It tells the powerful of story of a mother’s grief following a tragic accident.

“It begins with a family living their lives as normal and in one night their lives are changed forever,” says Papalii. “I wanted to shoot this film in a way where I can help someone who is going through the pain of losing someone they love so much, a way for us to go through this together.”

I Am The Moment, directed by Robert George, follows Tongan performance artist Kalisolaite ‘Uhila in the lead up to a new performance work in Tokyo, Japan. Boldly blending a day-in-the-life documentary and video art, told in Tongan and English, Kalisolaite asks you to think about which mask of his you are listening to – the artist or the man?

“The process was more like a collaboration where almost anything could be discussed and talked about in terms of what we wanted to film, and it was just a matter of trying different things,” says George.

“For us, a conventional narrative doco wasn’t going to work – so we had to try other ways of trying to convey [Kalisolaite’s] story. The funny thing, from my point of view, was that with this whole concept, in the end we were trying to tell a very simple human story. Which again, I think is one of the aspects of Kalisolaite’s work.” Kalisolaite asks the audience – ‘do you know who you are?’

Hawaiian film Kapaemahu, directed by Hinaleimoana Wong-Kalu, brings animation to the collection. Narrated in Olelo Niihau (a dialect of the Hawaiian language), the story reveals the healing power of four mysterious stones on Waikiki Beach – and the legendary transgender spirits within them.

Money Honey, directed by Isaac Knights-Washbourn, stars rising talents Desmond Malakai and Akineihi Munroe as two young hustlers stuck in the middle of Auckland’s housing crisis, whose chance discovery of a $20 note opens up a world of opportunity.

“I wanted to capture a story of two characters learning to live in worlds they have been born into,” says Knights-Washbourn.

The team held an extensive casting process to find the two main characters, Hank and Red.

“We were looking for a specific energy and chemistry between the two actors,” says Producer Lissandra Leita. “It was not until the last week of casting that Desmond came in for an audition and it was clear that he possessed great creativity and intelligence. After months of searching, I knew then and there that Desmond was our Hank.”

LOIMATA, The Sweetest Tears, directed by Anna Marbrook, is a feature documentary that honours the last voyage of waka maker, sailor and mentor Lilo Ema Siope, whose journey between Aotearoa and Samoa in search of healing, and her aiga’s reckoning with systemic abuse, are powerfully documented.

Executive producer Dr Tamasailau Suaalii-Sauni says, “The name of the film LOIMATA literally means “Tears”. But, it is also the name of a place in Sāmoa where Lilo Ema Siope’s mother has genealogical roots. This place was and is a site where different levels of trauma occurred but also where profound healing has taken place. LOIMATA is therefore not only about tears of pain and suffering; it is also about tears of redemption and hope.”

Tupaia’s Endeavour, directed by Lala Rolls, is a feature documentary that examines what happens to Tupaia, a Tahitian high priest and navigator, when he travels across the Pacific as a translator and guest aboard Captain James Cook’s HMS Endeavour.

“Tupaia’s Endeavour is important because it’s a portal to one of the world’s great stories, which is the way in which the ancestors of Polynesians explored and settled a third of the earth’s surface,” says Anthropologist and historian Dame Anne Salmond, who appears in the film.

Finally, it’s worth checking out New Zealand’s Best 2020 Short Film Competition. The six short films have been selected by Tusi Tamasese, director of feature films The Orator and One Thousand Ropes.

“Overall, these films illustrate and reveal a range of human experiences and emotions. They all had characters and stories I felt were different, unique and entrancing, and that I connected with because they explored aspects of humanity from interesting perspectives. From trapped minds and bodies to how people choose to live with the consequences of their choices, they deal with defining moments that weren’t always predictable.”

How should $151m of Government funding for Pacific families be spent?