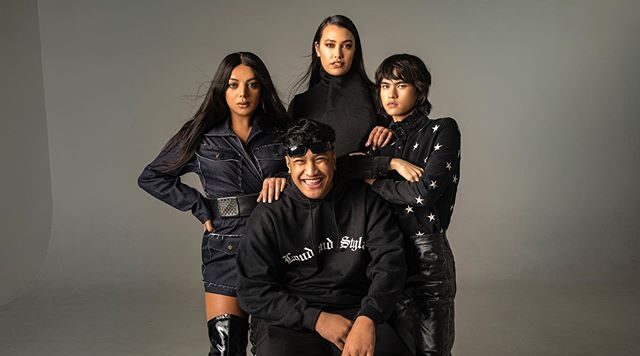 “After a number of challenging months in a fast-changing world, we are so excited to present our new Spring Issue of Remix.”

“This edition of Remix opens up our pages like never before in a curation of inspiring individuals, showcasing the strength of our local industries in the aftermath of the pandemic. With a newfound love for our little nation and the inability to go abroad, we’ve rounded up all there is to love about what’s on offer here.”

The magazine also released digital covers which featured some of our Pasifika creatives, including Creative Director, Artist and Activist Jaycee Tanuvasa. Together with her community and theatre work, Tanuvasa is a major figure in the Auckland Vogue Scene and is the mother of the House of IMAN. She posted her own digital cover to her Instagram page, dedicating it to the “queer Pacific”.

“The ones that are constantly told no but continue to navigate the world regardless. The girls from the suburbs/hood. The ones who survived the all boy toxic schools in Auckland. The ones who were denied opportunities because of their truths and their bodies. Our queer babies. Our sisters in survival sex work. The Ballroom community. The fat and thick girls. The femmes. Trans women of colour. Indigenous story tellers. the next gen and to my family. You all deserve to be heard, seen and humanised.”

Modelling alongside Tanuvasa was South Auckland Music Producer Jawsh 685. The 17-year-old shot to stardom after his track Laxed (Siren Beat) went viral on TikTok and subsequently led to a collaboration with US Pop singer Jason Derulo. The pair’s song Savage Love reached No. 1 on the UK singles chart  – a first for a Pasifika artist.

No stranger to the fashion scene, Opera Singer and Body Positive model Isabella Moore also featured in the UNITY issue and said it was “an honour to stand amongst some hugely inspiring Kiwis who are killing it in their careers across various industries!”

“I am so proud to represent and take space for all the women who have felt overlooked and excluded from the modelling and fashion industry because of their size! I’m also really proud to represent an art form and music genre that doesn’t often get much mainstream praise or hype! Opera & classical music are amazing & deserve some recognition. Thank you Remix for seeing the beauty in diversity.”

The latest issue of Remix Magazine is out now.