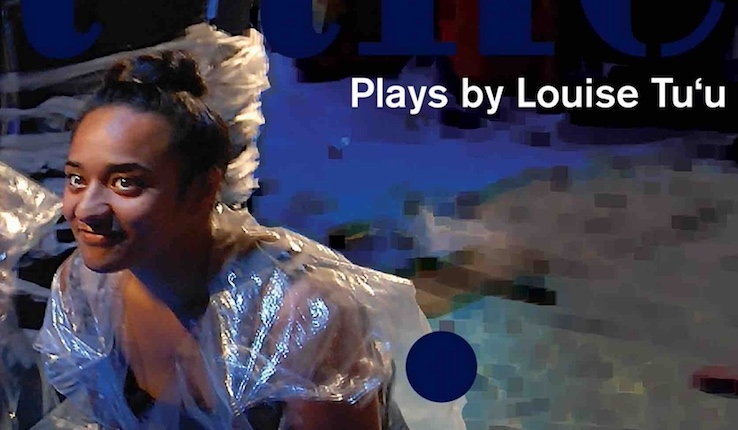 A new book about Pasifika youth and women in Aotearoa is now on pre-sale online. We Fit the Criteria: Plays by Louise Tu’u is the latest book from Kiwi-Samoan writer and director Louise Tu’u.

The educational textbook showcases two critically acclaimed plays, Le Tauvaga/The Competition and Horses and other farm animals, with forwards by Mele Wendt and Leilani A Visesio-I’iga-Pua.

Le Tauvaga/The Competition, Louise’s first ever play, looks at a Samoan teenager’s struggle with his identity through trialling for the Samoan Competitive Group for Polyfest.

Horses and other farm animals, first performed in K’Road’s Whammy Bar in 2013, “diversifies the multiple and contemporary possibilities and roles of Pasifika women in life and onstage”. The play was hailed as a “contemporary Pacific performance extravaganza at its best”.

It’s not the first time Louise’s plays have been published. A Match made in Nicosia was included in an international collection on the unrealised 2007 Biennale in Nicosia, Cyprus, and Gaga: the unmentionable, a play she made with her mother, was included in the 2017 anthology Talanoa: Four Pacific Plays.

Louise says We Fit the Criteria is another way her plays can live on beyond the stage.

“I wanted my work to have a legacy. Theatre is so ephemeral, and I wanted to make sure that my plays could reach future generations of Pasifika readers and writers, as well as other ethnicities.”

Louise also hopes to see her works read in high schools. We Fit the Criteria includes NCEA resources by Senior Drama and Dance high school teachers Ryan Timoko-Benjamin and Chloe Davison, who respond to the plays and provide information on how each play came about and how these processes can challenge students to make their own work.

“Through sales of my last book, Performing the Margins: An Anthem of Hope, which sold out, I have built up a strong network of New Zealand schools to sell to and have consulted with NZQA Qualifications Managers about the feasibility and relevance of my book.”

With We Fit the Criteria, Louise hopes to inspire the next generation of writers and performers.

“If you know someone who is already writing, making and discussing what they want to do in the future, particularly if they’re a teenager, please buy a copy for them and yourself!”

We Fit the Criteria: Plays by Louise Tu’u is on pre-sale for $50 NZD here: https://weshouldpractice.com/2020/04/08/we-fit-the-criteria-plays-by-louise-tuu-is-for-sale-now/

Louise Tu’u was the first New Zealander to be awarded the Royal Court Theatre International Residency in London. She later worked in dramaturgy and production at Berlin’s Hebbel am Ufer Theater and has since continued to write, direct and curate award-winning works such as Top 16, Privdence, Dead Mileage and Magdalena of Mangere.

In 2009 Louise set up We Should Practice, an organisation to house her work in live performance and public art. She also writes about what she sees in different communities. (The phrase ‘we should practice’ is what Louise and her peers used to use in the trumpet section in different bands at high school when they were sounding below par!)