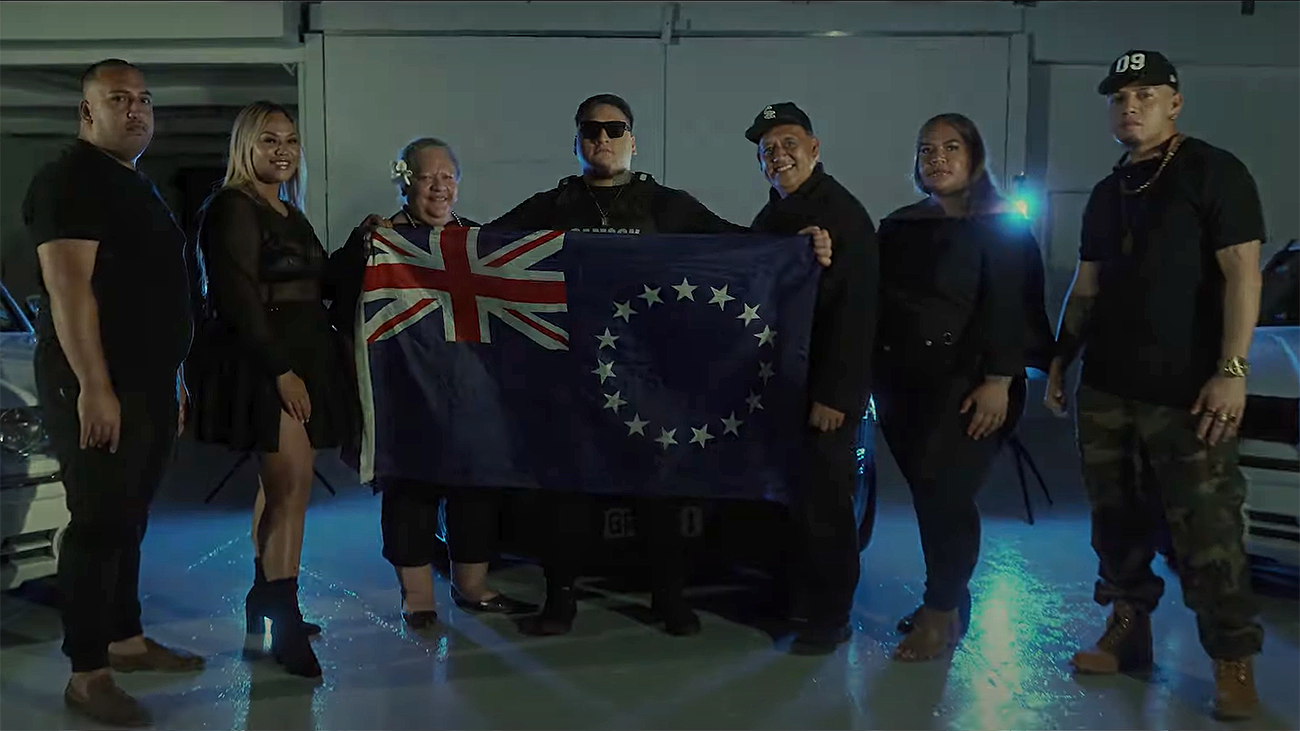 As the Pacific Music Awards 2021 ceremony looms closer, we catch up with some of this year’s nominees. Samson Squad are a talented group of singers proudly taking ‘Cook Islands to the world’. The group has been nominated for the Sunpix Best Pacific Language Song for not one but three incredible tracks.

Samson Squad have won Pacific music lovers the world over with their winning combination of modern, urban music with the Kuki ‘Airani reo.

A crew of talented singers bringing “Cook Islands to the world”, it is that very moniker which has become their opening signature for almost every Samson Squad track.

“I know it’s a big statement for us to put that out,” says singer/songwriter Jay Samson.

“I was actually doing English music first, but my goal for the S-Squad was to always try and implement our culture with the modern day music, get our youth involved.”

“A lot of us drift off into listening to modern music, so it’s the only way to keep our music, our culture and our language alive.”

Samson Squad is a real family affair for its members Jay, Rosa, Tautape and Tuteru Samson. During Aotearoa’s first Level 4 lockdown, the siblings spent much of their time learning a variety of Pacific songs and performing online concerts for their followers.

“We thought it would be a fun thing if we come together, put the [Facebook Live] on,” explains Tautape.

“We’re all entertainers in our own ways, and with the Samson Squad, we love singing, so why not? We’re just sitting around singing at home — why not put on a live for everyone who wants to listen to us and listen to the music?”

“It started becoming a job that we don’t get paid for, but all good,” jokes Tuteru.

Through these concerts the group have built an even bigger online audience, introducing new listeners to their distinctly urban island sound.

With their hit singles Taviri (The Key) and Manea making their way to the NZ Top 20 Singles in 2020, this year Samson Squad achieved a dream they never thought would happen. “I got an email and at first I thought it was an invitation to go to the [Pacific Music Awards],” remembers Rosa.

“But then when I read it properly and I saw that we were nominated, I said, ‘Oh my God.’ We all just cried.”

“Only because we used to joke about it like, ‘Oh my gosh, what if we got nominated one day?’ We laughed about it, never thought it would happen, and when it did, we were just overwhelmed,” she laughs.

Samson Squad received a nomination for Sunpix Best Pacific Language Song for not one but three of their tracks. The group are up against singer/songwriter Tree, Loopy Tunes Preschool Music and Shepherds Reign.

But for Jay, this particular nomination has rendered the singer/songwriter “speechless”.

“I wouldn’t pick any other awards to be nominated for,” he enthuses.

“To get picked for the Pacific Language Award, honestly to me that’s overwhelming, especially as Cook Islanders. We’re so small compared to Samoan and Tongan [artists], so for us to be nominated alongside them is a privilege.”