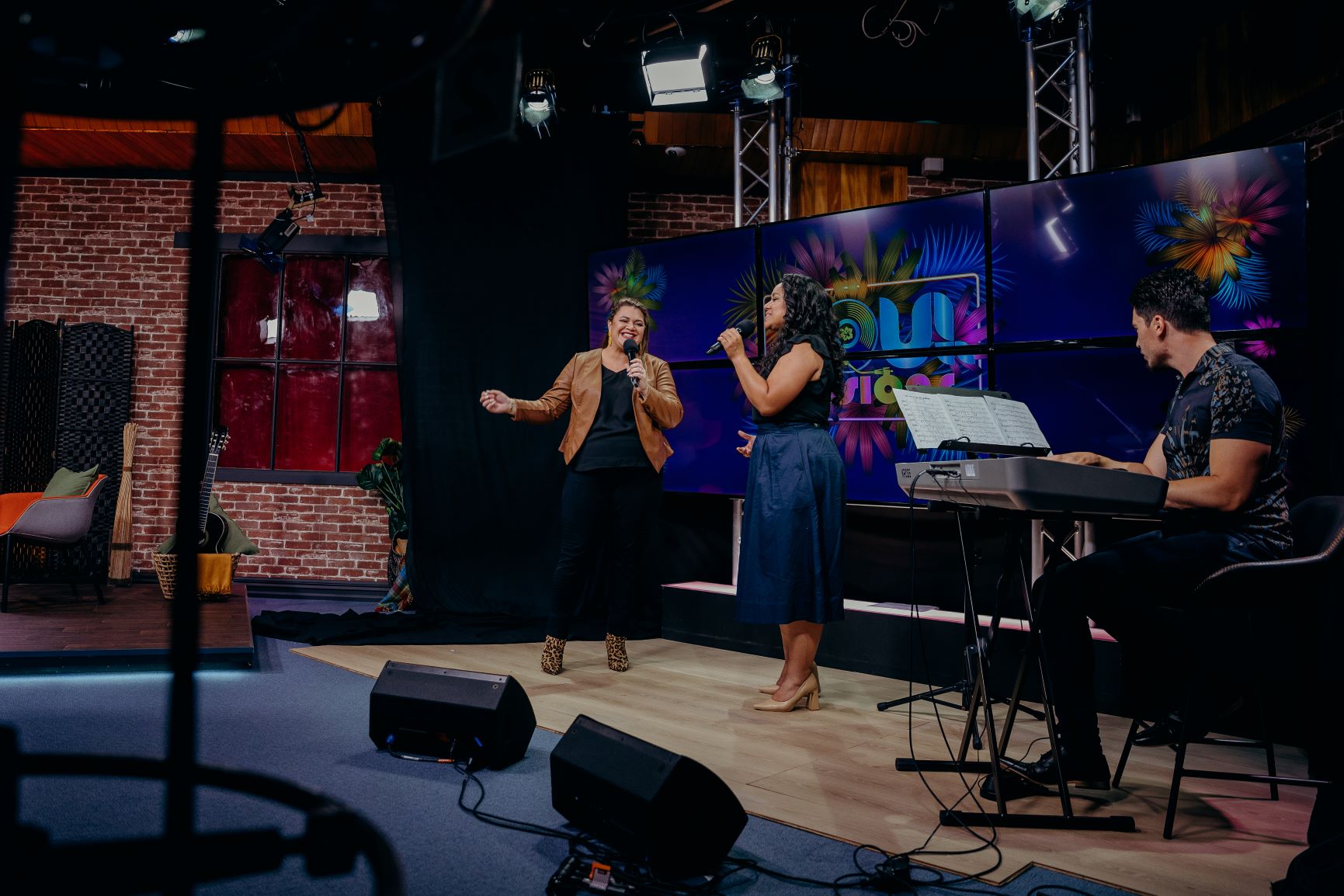 Pacific Soul songstress Sara-Jane steers the vaka on this impressive production, both behind and in front of the camera. The first episode gives viewers a peek at what to expect from future episodes, and there’s a lot to look forward to.

With Breakfast host Indira Stewart as the inaugural guest, we’re treated to a genuine conversation about Indira’s family, faith and culture.

While many of Indira’s fan-favourite performances have been renditions of Tongan hymns (some fans are calling for her to sing the Tongan national anthem at the next MMT game!), Indira admitted that she learnt to sing in Tongan much later in life.

“We were encouraged, when we moved here from Tonga, encouraged to try and settle and learn the New Zealand way of of life.

“It really wasn’t until I was much older that I actually learnt more Tongan hymns and more Tongan songs, and once you learn one, it just continues to inspire you to learn about your culture.”

Using music to learn more about her culture, Stewart brings up a valid point.

“When I grew up in church…you never really thought of your culture being connected to romance. When I learnt about [Queen Salote’s] maa’imoa, her compositions, they were so romantic and so doting on her husband.”

“It was such a new insight into how powerful and deep you can use Tongan language and other Pacific languages to convey an emotion.”

But singing isn’t her only forté – who knew Indira had learnt to play the accordion as a child? “15 years competitively,” Indira remembers fondly.

The duo then go on to round out their hanuju (talanoa) with an incredible cover of His Eye Is On The Sparrow, with music composer Andrew Faleatua making a surprise appearance on the keys.

For fans who are only familiar with Indira’s impressive journalism career, it’s a real pleasure to learn more about the incredible woman behind the news desk and to hear her sing once more.

Check out the first episode of Soul Sessions here.