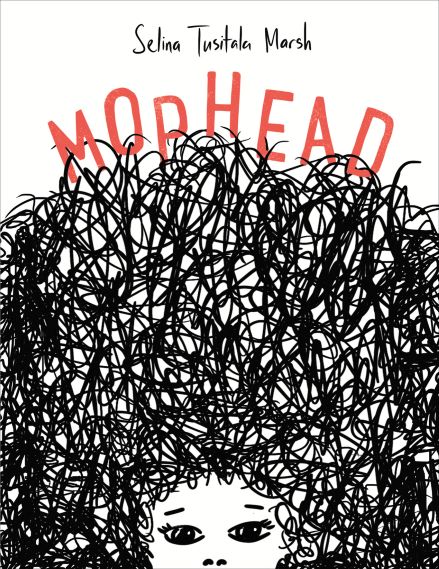 At school, 10-year-old Selina was teased for her big, frizzy, afakasi hair. Kids called her ‘mophead’. She did everything she could to tie her hair up and be the same. That is until one day poet Sam Hunt visited her school, inspiring Selina with his equally wild hair and wild words. It was a turning point for Selina, who decided to let her hair out, to embrace her difference and to be ‘WILD’.

It is also this epiphany that gives meaning and power to Mophead: How Your Difference Makes a Difference, the new graphic memoir written and illustrated by New Zealand’s ‘fast-talking PI’ poet laureate Selina Tusitala Marsh.

Marsh takes us through the special moments of her life with wry humour, simplicity and charm. And these moments are no mean feat. We see her soar from head girl to becoming one of the first Pasifika women to hold a PhD (her thesis on the ‘wild words’ of the 1st Pacific Island women poets, whose 1st books she notes at the end). She reads for the Queen of England and Samoan royalty. She meets Barack Obama. And she is named New Zealand’s first Pacific Island Poet Laureate.

Now Marsh can add ‘illustrator’ to her achievements. What started as doodles on her iPad two years ago have turned into wonderfully quirky drawings that fill each page. 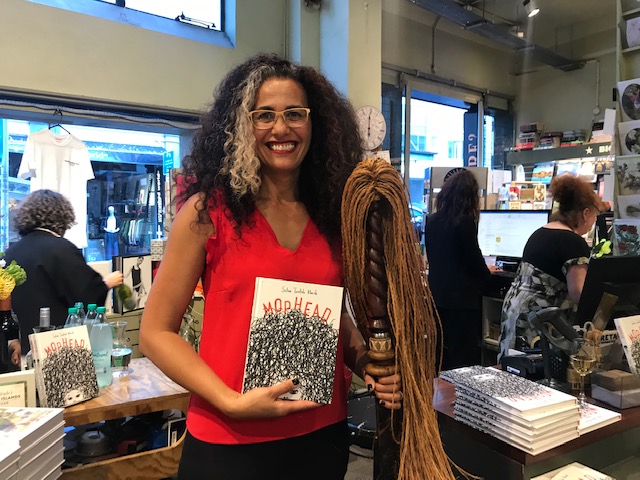 At yesterday’s launch in Auckland, publisher Sam Elworthy (Auckland University Press) spoke of the difference in working with Marsh, whom he considers a ‘radically open’ poet. It is this openness and difference that shines through in Mophead, embracing the possibilities behind the question, ‘Could I do that?’

Marsh has told a simple and beautiful story of how anyone can use their difference as their strength, and the book will no doubt appeal to young readers and adults alike.

About the Author
Dr Selina Tusitala Marsh is of Samoan, Tuvaluan, English, Scottish and French descent. She was the first Pacific Islander to graduate with a PhD in English from The University of Auckland and is now Associate Professor in the English Department, specialising in Pasifika literature. Her first poetry collection, Fast Talking PI, won the NZSA Jessie Mackay Award for Best First Book of Poetry in 2010. As Commonwealth Poet (2016), she performed for the Queen at Westminster Abbey. She became New Zealand’s Poet Laureate in 2017 and in 2019 was appointed an Officer of the New Zealand Order of Merit for services to poetry, literature and the Pacific community.