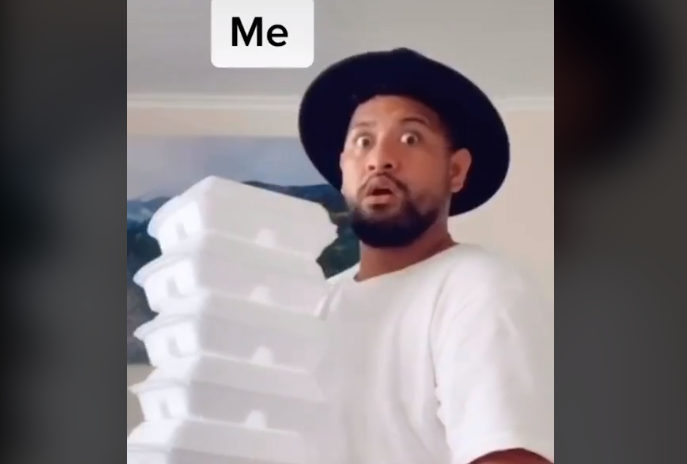 Another exercise-related challenge with many using it as a chance to bring awareness to PTSD, depression, stress and anxiety. Athlete Valerie Adams took on the challenge in true Tik Tok style, incorporating some swish dance moves to her set. Wish we looked this good doing push-ups. 😭

“YOU ARE GONNA BE A PRIEST…”

Laugh with Pak has built a following via Instagram and Tik Tok. Based in the States, this Tongan comedian bases much of his humour on the Pasifika experience. So even if you haven’t heard of him, you’re bound to relate to many of his comedic videos like the one below… everyone knows one parent who believes their kid is bound for priesthood or pastor life. 😂

“ONE PLATE PER PERSON”

Speaking of Pastors, we’ve enjoyed a good old-fashioned church feed at one time or another, but do you think the Pastor would appreciate his church members skipping the sermon but showing up for kai time? 😅

Fijian Tik Tok user @5c_mahi threw it back to 2004 uploading this classic Bro’Town scene online. It’ll have you laughing so hard “till you cryyyy from your eyeeesss”.

Cook Island netball player Elle Temu has officially converted her driveway into a DJ stage – imagine if they DJ’d a whole set for their neighbours?

As a ‘player to watch’, Elle will feature on this week’s episode of Tagata Pasifika! Tune in at 9:30am TV1 this Saturday!

A couple of weeks ago we saw social media personalities Torell Tafa, Johnny Tuivasa-Sheck, Franz Liu and others take part in the #TransitionChallenge, a digital war between Pasifika creatives to see who could create the most entertaining and complex editing transitions in one video. Director Samson Rambo threw his hat into the ring and he may have just won the whole dang challenge! (WARNING: explicit language)

Jazz musicians from around the world cover ‘We Are Samoa’