HomeArts & MusicThe new kid on the block: The rise of Niuean/Samoan producer DHEM 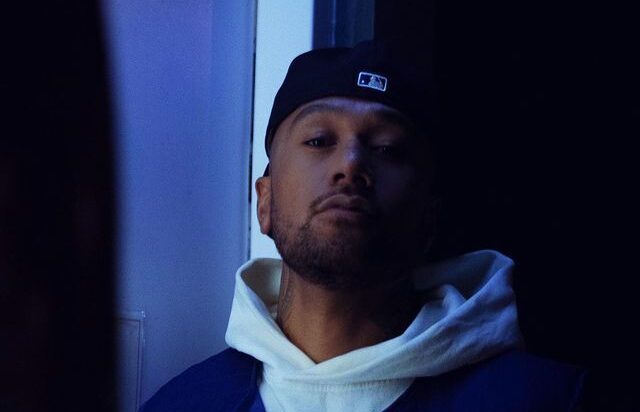 Growing up within a creative family, Leroy Matafeo has always been surrounded by music. So naturally, it became his passion. Adopting the moniker DHEM (pronounced DEM), the Niuean/Samoan producer has become a certified beat-maker.

“Music was a constant in my life, with a broad range of genres, the typical for most Pacific Island households,” he says.

“When I discovered hip hop, I fell in love with understanding how the music and sounds were created, the technology behind it. I became a musical nerd.”

DHEM’s ear for beat-making sits squarely in the alternative realms of R&B and Hip Hop. He describes his sound as “soul, dark, moody and melodic, emotional”, and is influenced by award-winning artists like The Neptunes, Kanye West and PartyNextDoor.

“[These artists] have all pioneered their own sound and style and shifted the culture forward,” he says.

“Outside of music, they’ve created clothing, architecture, style and have become icons in popular culture.”

DHEM also has his sights set on bigger pastures. When an artist’s contract prevented the release of one of DHEM’s songs last year, he got to work producing his newest single Rollin. “It motivated me to create new music and started looking for potential artists that could fit the sound and reached out to artists via social media,” he says.

Through “divine intervention and Instagram”, the producer has teamed up with an impressive trio of emerging American-based rap artists, each on the come-up. Tongan rapper Ceefoe and LA artists Kenai and 1TakeOcho garnish DHEM’s track with powerful and haunting verses.

“The rappers provide their personal perspective on suicide, loss and depression,” DHEM says.

“It’s about perseverance and maintaining faith through pain and the lessons learned from these experiences.”

“All three of them have ties to big artists in America and have their own buzz behind them and are respected.”

Although DHEM is eager to collaborate with “anyone who’s hungry”, he already has a slew of future projects lined up for release. “I have a bunch of singles produced by myself featuring artists from Australia, NZ, UK and the US,” he says.

“Top secret for now but will be rolled out consistently following the release of Rollin.”