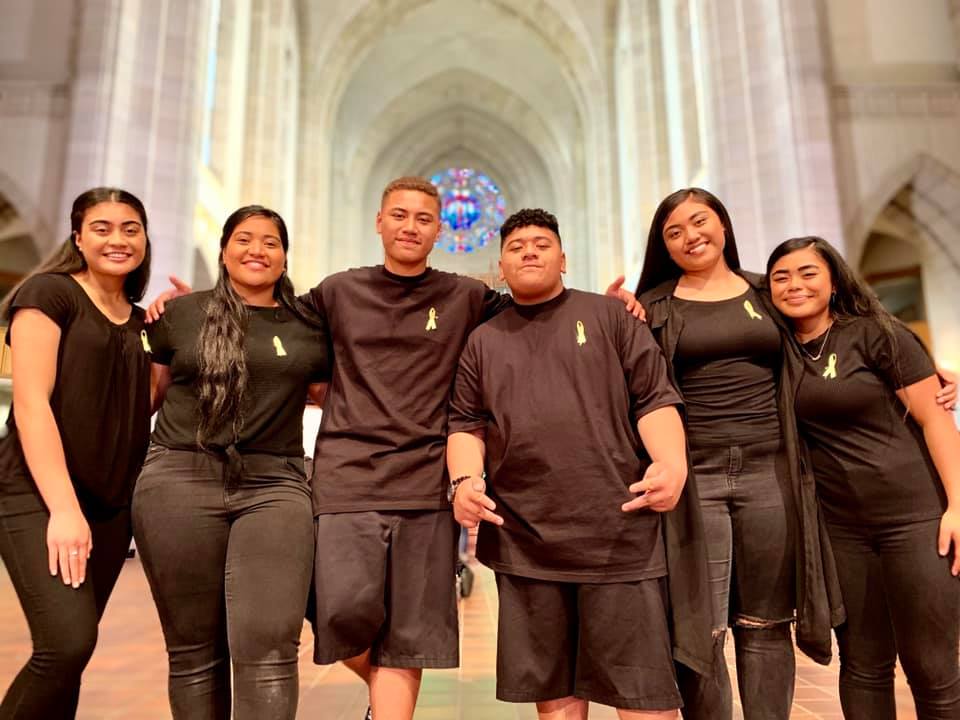 Members of Pasifika singing group TONE6 took to social media this week to announce the departure of one of their vocalists.

Aja Tu’ua revealed she would be leaving the group during a live video on the groups Instagram page.

Tu’ua has been a part of TONE6 since its inception. But with the growing uncertainties surrounding Covid-19, the young singer made the decision to be with her family.

“My immediate family have been living in Australia for over a year now, and I stayed back for the group. This was because…I didn’t want to leave the group,” she says.

“This year it opened up a lot of opportunities for us that I was excited for, which unfortunately we weren’t able to go through…because of Covid. The family felt it was only best I move back so we could be together.”

TONE6 mentor and co-founder of Saintz Up Performing Arts Nainz Tupa’i shared that they had discussed the news for the past few weeks saying, “It hasn’t been the easiest news for her to share.”

“Everyone’s had their own thing that they wanted to share with Aja, everyone’s had a different view and everyone’s gonna have their own way of trying to make Aja stay back, but unfortunately, we’re all in agreeance with Aja and her family. We know this is the right decision for her to be with her family during these times.”

Fellow TONE6 member Selevasio Tu’ima knew the difficulty Tu’ua had in making the decision but “[understood] that this [was] probably the best choice for her.”

“We can’t understand what she’s been through the past year. Being away from her family for that long must be really hard. She’s done a lot for this group,” he says.

“I guess for most of us we’re still kind of dealing with this…it’s something we knew that was coming, just didn’t really wanna accept the fact that she was leaving us.”

“I don’t know how to feel to be honest, I’m pretty lost for words,” she said.

“With Aja, while she was in the group, we’ve been blessed with many great opportunities, and it’s just been a great honour and privilege to not only share our talent alongside her but share our testimony with the world, and she’s a friend that’s become family…This is quite hard for us.”

The Instagram live proved to be the final night TONE6 would have with Tu’ua, and they took the opportunity to perform together one last time for their viewers.

Watch the full video below: