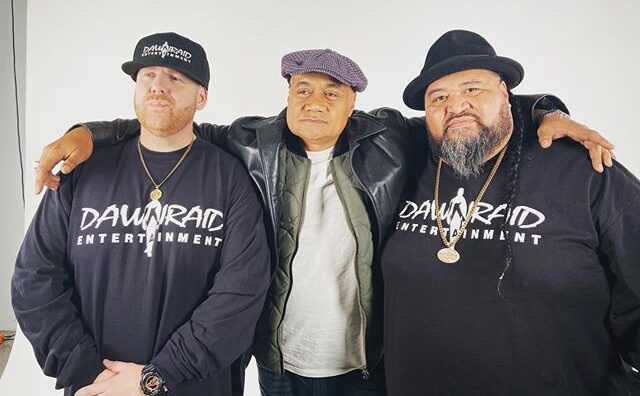 It was Scribe’s determined and direct lyrics for Stand Up which captured the zeitgeist of Aotearoa’s hip hop scene in the early 2000s; We can not stop now / New Zealand Hip Hop stand the f*** up / we got it locked down.

Aaradhna, Savage, Mareko, Adeaze, Scribe and countless others, many of them became platinum-certified, and all of them were synonymous with the labels success.

But with its rapid rise came its tragic fall. By the end of the naughties, Dawn Raid had become a footnote in the pages of New Zealand music history. So where did it all go wrong?

It’s something which first-time director Oscar Kightley will explore in Dawn Raid, his new documentary set to be released in January next year.

In an interview with Newshub, Kightley says the documentary is a story of “achievement and cultural empowerment”, but is also “a narrative of failure, or crushing defeat and devastating loss”.

The trailer features interviews with the labels founders and many of the artists they managed. “It was some crazy as superstar sh*t that we were experiencing,” Mareko remembers.

Not only were Dawn Raid artists opening for the likes of Beyonce, 50 Cent and G Unit, Busta Rhymes and Wu Tang Clan, but “our goal was to get our artists to America,” Brotha D says.

But just as Dawn Raid neared the pinnacle of its achievements, hints of the labels financial ruin begin to creep in and “that’s when we took our eye off the ball,” Murnane says.

Brotha D adds, “You spend all your life trying to build something and then, in a moment’s time it’s just gone.”

Check out the official trailer for Dawn Raid below: