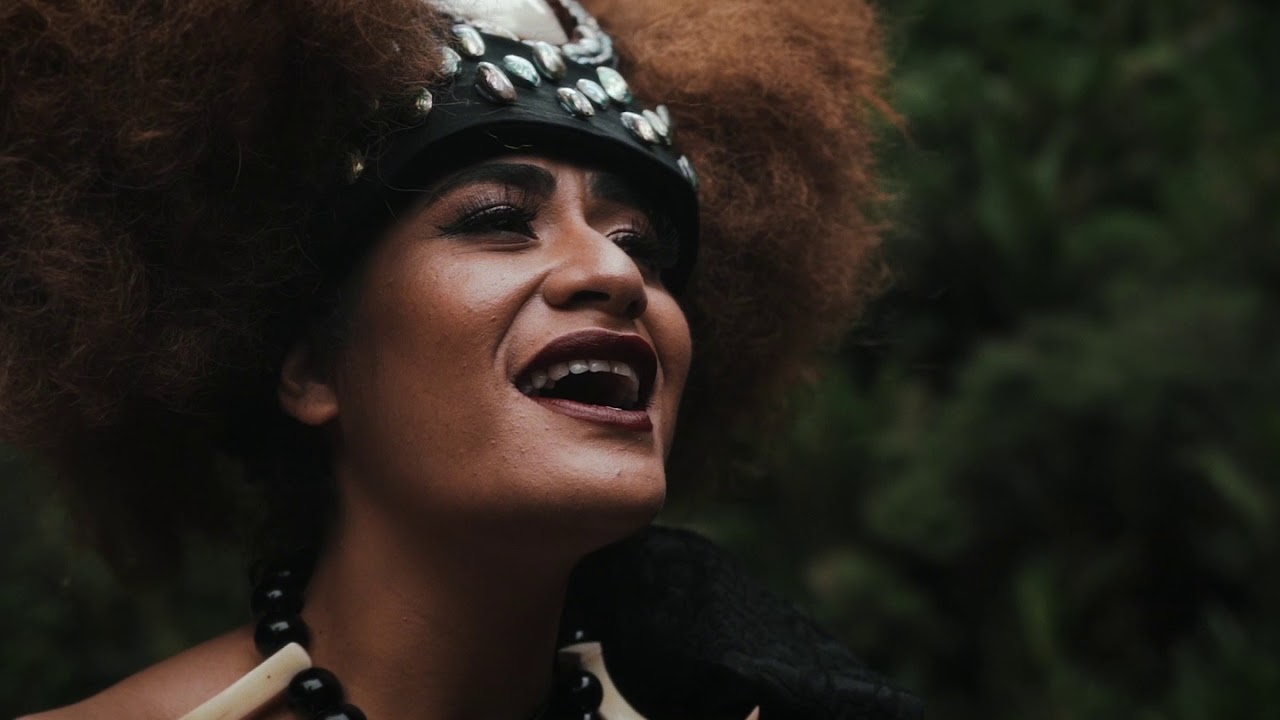 Tree has described the song as her most personal work to date.

“I dedicate this to ALL PACIFIC WOMAN! Our Grandmothers, Our Mamas, My Mother’s, Our loved ones gone before us….”

“I AM SO PROUD TO BE SAMOAN. TO REPRESENT US. TO BE INDIGENOUS 😭 TO BE POLYNESIAN. This may be a song in full Samoan but we represent ALL OF US!”

The video begins with a poem speaking to the strength of Pacific women, written by Quincy Filiga and performed by Milan Cowley-Lupo, Tree Manu’s nana Matā’afa Silaumua Pulelisi and Tree.

The imagery is striking, bursting with Polynesian pride as the Taupou dance in the New Zealand landscape. The music crescendos with the voices of the Ōtāhuhu College Magnique Choir as the ‘Aiuli (supporting male dancers) join, displaying their malofie/pe’a.

Ūili Paō was also one of the creative directors of the Western Samoa Dance Group from 1989 and composer of the Samoan Siva Tau, Le Manu.

Watch the music video above.