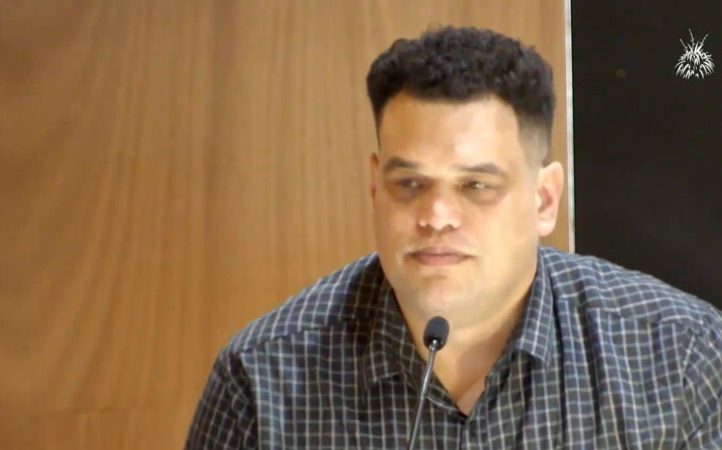 By Andrew McRae, Reporter at RNZ

A former student of Wesley College has spoken emotionally of physical abuse, including severe beatings, bullying and extreme violence at the boarding school near Pukekohe.

He came forward to the Royal Commission into Abuse in Care’s Pacific inquiry being held in Auckland.

Wesley College is one if this country’s oldest schools, founded in 1844 by the Methodist Church.

It caters for predominately students of Pacific and Māori descent.

Wilson came forward to share his experience in the hope it will help prevent the abuse he went through from happening to anyone else.

When he was 13, he found out that his father was actually Samoan and not Māori.

”On my first day at Wesley College it was me, mum, grandad and grandmas. I will never forget that moment. As we turned into the school driveway, my grandfather told my mum to tell me the truth.”

”My mum then told me that the school was for Pacific Islanders and that I was an Islander. A Samoan. I didn’t want to believe her,” he said.

”When I jumped out of the car all I could see was these big, giant island guys. They were giants. I was only small and short. I cried to my grandma I didn’t want to stay here. I knew something was going to happen. I just could feel it.”

He spoke of a ritual called the night parade, where prefects dragged the new boys out of bed at 1am.

A few of the students were picked on and made an example of in front of the others.

”They made me do lots of things, 100 press-ups and I got hit with a broom stick if I couldn’t. This was done to keep others in check. I was the main one to be picked on.”

Other abuse included being whacked with sticks and taiaha, nipple twisting and being brutally kicked.

The violence then took on an extra dimension.

It was called Island Respect, where the student was physically and mentally beaten.

The victim would stand between three other boys on either side.

The prefect would order each side to beat the guy in the middle, until he fell.

”And you have to stand back up. The prefect would tell you what you have done wrong and then he would call another one from each side to beat you until you fall down again. They would also verbally abuse you when this was happening. That Island Respect hiding that I suffered was over two hours. I kept standing up and telling them they were wrong.”

”The Island Respect hidings didn’t happen that often because they were dangerous. They could kill someone, but they happened to me.”

On another occasion, after being accused of something he did not do, he was beaten so badly he could not stand up.

”They bashed me for two and a half hours. The prefects carried me to the main prefects flat after that. That was the prefect who beat me. Took me to his flat. He cried over me and wiped my head with a cloth and said he hadn’t seen anyone get a beating like that ever. I told him that I would never forgive him. He had ordered people to beat me during that hiding.”

He said the whole school seemed to be in on the abuse.

”The school staff gave the prefects the powers they had and they encouraged this abuse.”

His beatings at Wesley College resulted in hearing loss, depression, PTSD, among other things and also affected his education.

”Waking up every morning at Wesley College, I lived in fear. I was expecting torture and abuse in the morning before our shower, at lunch time or prep time. This meant I couldn’t focus on school.”

Wilson told the inquiry all he now wanted was for no one to suffer like he did.

”I want those who made me suffer to be made responsible. I don’t want them to suffer like I did. I just want them to be aware of what they did and accept that they were wrong. This includes the school. The school. That was so wrong.”

He said, as for redress or compensation, he is not sure he can put a price tag on what he went through at the school.

”I feel like I never had a chance to be a child and that I lost my youth and future.”

”I think a genuine meaningful apology from Wesley College acknowledging what happened to me while I was in their care and an apology from those who abused me would make a lot of difference.”

Wilson said he knows and accepts that everything that he is today is because of what happened to him.

”I accept that I can evolve and be something more and I hope this process will help me do that.”

Before meeting with the Royal Commission, he had tried to see lawyers about his case.

”When I told them what happened, they would no longer want to be part of a case against Wesley College. I have been through so many different lawyers.”